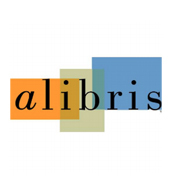 Having problems with Alibris?

Earlirer this year I ordered 4 CD. s of Collabro's which cost me over $100.00, at that time. I received 2 of them. and Alibris kept my money for the other 2 CDs I gave them a good bit of time to rectify the situation, they never did. I complained to them directly, and they adjusted my credit card balance, and asked me to give them a second chance which I did.
I re-ordered the 2 Collabro CD's that I didn't receive the first time. The balance was over $50. AgainI received only 1/2 of my order. I am still waiting for my other CD, and they still have my money. I want my CD/Collabro Road to the Royal Albert Hall. I think it is time to contact Better Business, and the Attorney General's Office within the County that they reside. I am sick of this.

dvd not as advertised

"Caro Diario (Dear Diary)" DVD was described as region 1 (for US players) in the details of the listing and showed a picture of the DVD that was made for US release (yellow cover, English translation, although I based my purchase upon the written description of the listing, not the photo). I received a Korean region 3 DVD with a white cover and a big label warning that it will not play in the US. It was sent by Half Price Books. I filled out an online return form, only to find out that I will only be compensated for shipping with a $3 coupon for Alibris. I do not want to order from Alibris ever again. I will file a complaint with my credit card company. I should receive a refund for the DVD plus a refund for all shipping charges. I do not believe this was an accident. I live in Iowa and the DVD was shipped from Coon Rapids, MN. It would be unusual for someone in my area to want a Korean DVD.

one book was missing

I have ordered two books from www.alibris.com and arrived only one. When I contacted customer service they claimed that they shipped two books. I told them that there was only one book in the package and demanded a partial refund but they refused. I contacted them many times asking for a refund but hey did not believe me and literally called me a liar. I'm so frustrated and disappointed abut this. Never again I will order something from these cheats!

I was a seller for this organization. I shipped books the same or next day. However, they would pool international deliveries at their warehouse where they would sit and gather until sufficient were accumulated to ship en masse. Delays would be more than a month. Just from Texas to Canada, it would take more than a month. That's plain ridiculous.

Meanwhile, I would get a complaint from the buyer assuming I'm the party at fault. I had to explain to several buyers how it worked and apologize for Alibris' horrible business practice and its effect on the buyer.

I would receive negative feedback and have to get Alibris correct that feedback and add a note stating I was not at fault. Unfortunately, such is not looked upon well by customers.

The only solution is for Alibris to drastically increase shipping speed or provide the funds for the seller to ship the book direct to the buyer.

none delivery of book order

I ordered for a book, "Handbook of Tribology" online and fully paid with my credit card since mid-February. I...

We placed an order with Alibris for three books on 12/8/10. We never received the first two items; we received an incorrect book for the third. We immediately contacted Alibris, followed their instructions and returned the book to them. We received an email yesterday stating this seller has denied our refund for the book we returned.

We have tried repeatedly to work with Customer Service to resolve these issues, to no avail. We have filed claims with our credit card company, and now intend to go forward with any and all legal means at our disposal.

My story: I wanted to order as many hardcover copies of Hermann Hesse's works as I could find, and Alibris offered many. I ordered about twenty or so. One, in particular, Narcissus and Goldmund, was listed as, "Hardcover: New, New, Great Conditon." I paid $37.00 for that one book, plus a shipping charge of $3.99. What I received was a yellowed, worn paperback copy from the sixties--something one might find at a garage sale. Alibris and I traded numerous emails because I discoverd that there was no way to contact them by phone, and they refused to call me, though I requested a call back, leaving my phone number with, at least, two people in my emails. I was shocked to find that they did not even have a record of the sale! They told me to go to Google and find it myself. When I could not find it, someone at Alibris, finally, sent me a copy, but all it said was Alibris and the name of the book. No details--just the title of the book along with Alibiris, Alibris, Alibris repeated over twenty times: no book seller's name, no price for the book, and no shipping charge. Please know that if you need to return a book, for whatever reason, you, the customer, pay for shipping--which I did. When I complained that I should not pay for returning a book to a bookseller that was, obviously, a scam, at first, they stated that was there policy. After a few more emails, I was told that they would pay for the return shipping. Needless to say, they never did. I returned the worn paperback copy of Narcissus and Goldmund to a bookseller in New York City that offered only a PO Box and no phone number or email address on its "receipt." I even offered to accept the hardcover edition that was described on the Alibris site from that same bookseller because one of the emails Alibiris sent to me stated that "even a bookseller makes a mistake" now and then. I discovered that this was no mistake. The so-called "bookseller" never contacted me, even though I sent a letter with the book when I returned it stating that this transaction might be a "mistake, " and they could send me that hardcover edition that it lists on Alibris. I wanted to return other books because they were in paperback or not in the condition described on Alibris, I even was sent a dust jacket with no book, but paid for the book. Only yesterday my credit card company finalized the the payback. Caveat Emptor!!!

I ordered a book from a Canadian seller, Aldresbook to be delivered to a Canadian address, 60 miles from the seller. Alibrist first requested additional $3 for shipping costs on top of $11 already paid then the book never arrived. Alibris partially refunded yhe missing book for the cost of the book but decided to not refund the shipping cost of $14.

I advise buyers to avoid Alibris at any cost - this is a dishonest retailer.

I going to said the same of the other.Please be careful when placing order with alibris. They are extremely...

I ordered a book from NOMADE BOOKSTORE through ALIBRIS on Dec 15th, 2008. Until today, my order status is still pending. The expected arrival date of the book is on January 16th, 2009. I doubt that they can deliver the book on time if the status is still pending until today. I am worried that they are not going to send the book at all. If they did not send the book, I will report them to the authority for doing a fraud. They have taken the full amount of the order total value from my credit card on Dec 15th, 2008. I am totally disappointed with them because of this.

The book I received from Alibris.com was a disgrace.
The book’s condition was described as follows:
“Very good condition Good dust jacket.”

The book I received had:
*Mold on the inside cover and many of the pages
*Wavy pages from water damage (68 of the book’s 168 pages were wavy.)
*Several torn pages.

The book never should have been sold in the first place because it was in such poor condition.
Alibris' $3 coupon on my next order to help cover return shipping costs means nothing to me because I won’t be ordering anything from that company again. Instead, I will be filing a complaints with the Better Business Bureau and Colorado Attorney General.

Book ordered from alibris, allibris was paid only alibris forgot one thing... To deliver the book. Similar to last complaint alibris would not or could not respond to my complaint insisting I wait 30days before I contact them for further investigation.
Well I am not your average patient joe... I demand action so I have taken steps to contact the alibris ownership & management team...in other words I am stirring the pot.
This is a warning to others, alibris has a great business plan, sell a book, take the money to the bank & voila... Claim the book has been mailed, no proof of such being necessary "what you doubt our word?"
Stay away from them, their customer service is non existant as is their commitment to their customers.

I used Alibris.com to get a DVD box set for the anime Yu Yu Hakusho. I had all of the sets but the very last...

Alibris has just given me the absolute worst customer service experience. First they failed to ever ship my...

do not order from this company!

I ordered a textbook through Alibris from a seller named "Payless" and I paid extra for express shipping. I received a message telling me that my order was shipped on September 25th. It is now October 16 and I have not received the textbook. I inquired with Alibris into the status of my order, and in return I received a "form letter" telling me that their policy allows 30 days for orders to be received. I had a number of other questions about the status of my order and the questions were not addressed.

FURTHER... Alibris doesn't have customer service reps that you can actually talk to over the phone. For all I know, the entire company is a big fraud syndicate much like the Alibris seller named "Payless."

I'm not going to bother dealing further with this company. I'm going to simply dispute the charges on my credit card and order my book from another vendor. I did a google search on Alibris and the complaints are numerous.

too good to be true

Alibris
0
%
Doing nothing would be this company's favorite pastime, if they had the energy for it.