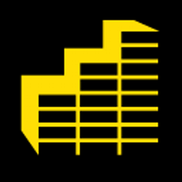 Having problems with Goldline International?

Do not get wrapped up with this company. It will take you years, if ever to make a profit buying gold from Goldline. Their fraudulent names for commissions are unreal, add on shipping and you are finished. I thought since Glenn Beck and other reputable people endorsed them, they would be on the up and up. NOPE. Don't be me...I am writing this experience off as an expensive learning curve.

I had a very negative experience with Goldline. I decided to create a blog about it empower others and help...

I had the worst investment experience of my life with Goldline International. Specifically with Michael Drake...

Several months ago I called Goldline for prices on some Gold coins. I told them that I wanted $30, 000 worth...

In March of 2009 I bought what was suppose to be 35K worth of Silver hedge and believed tha Silver was going up. So here is the story. I kept asking him how much the coins were and He kept saying " hey they are based on the Spot rate today." So since Silver was 12.09 that day I would be getting them for around 9.25 a coin." that all sounds great if ou are taling silver dollars beause of that 35% UP FRONT LOAD HE TALKED ABOUT. Trouble was not only was that more than 35%, we were taking about Kennedy B U 1964 Half Dollars that they only had a few of.. A once in a LIfetime OPPORTUNITY>... Yeah to be Suckered like Never Before...

ok, so here are todays numbers. Silver went from 12.00 to 19 dollars and ounce. (Last month) I go to sell back to them and am told I can have 7.73 per coin. Remember that if you take two Silver halfs they are roughly 77% of a troy ounce. NOW I can not get back ANY PHONES calls from them. (there is a reason they kept telling me your have to hold these 3 - 5 years... That is how long before people get wise to them. The only reason I trusted them was because they had ads on Fox News and I trusted their reputation!!!

You see they got me for more than 50% up front and now on the back end will get me again ... I am thinking the first line of defense is the Attorney General in California. Everyone should contact them first to see if Goldline will fall in fairness before being shut down and pay us what is fair in order to get us to shut up.

Also worth noting, The reason I first called them I wanted to buy Silver Eagles. This would have been the only way I could have seen them playing their game and also should have been given almost twice the amount of Silver as I recieved. The way they talked me out of Silver Eagles was buy telling me when I sold them back them to they would have to 1099 me and report to the IRS my profit. (ANOTHER LIE.) There are no reporting requirements on Silver Eagles!!! Lets Sue them for our Rightful profit... I am in.

These are suppose to be considered personal Assets. Well as of today they are person alright. If Silver does climb to $50 an ounce in 2010 no harm no foul... As I know at some point I can break even.. However I will have lost the profit I first asked for. Today I see I can buy Sliver Eagles for 10, 799 a box of 500. By the time Silver hits $50 that same box will cost $25, 000 just so I can break even.. What a lost oppotunity. I am ticked and ready for battle.. Lets put these crooks out of business. Caomplain to who ever you can think of and lets get this ball rolling.

We were new to investing in precious metals and wanted advice from a reputable company on a hedge against the falling dollar. We saw Goldline's ad on Glenn Beck. Checked out thier web site and saw they were endorsed by Glenn Beck, Mark Levin and Laura Ingrum so we felt they must be reputable. I did do some reading before I called Goldline about gold and silver and read that the best best basic investment for new gold and silver investors was gold and silver bullion coin. When I called the sales rep at Goldline and told him what I was interested in he told me a better investment was a numismatic (collector) coins called the Austrian Ducet. He said it would be a little more expensive but in the long run a better investment. Excited about my investment I began reading more and found out that when calling some gold companies unscrupulous salespeople will try to sell collector coins to novices because novices don't know the difference and the dealer makes far more on collector coins. On further reading I found that unless you really know what you are doing with numismatic coins you rarely come out on them. We were horrified and called Goldline and asked for a refund. They flatly refused. So we learned an expensive lesson and hope from our experience others will avoid dealing with Goldline. I'm sure there are honest gold dealers out there just be very careful.

Several years ago, I filled out an online form of Goldline Interntional's to receive some literature...

I am a worker at this place. all the salesmen are creepy. they want to make a killing off of you, no matter...

Goldline International
50
%
This company is on the right track to keep up with incoming complaints, but there's still plenty of work to do.