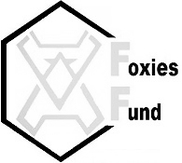 Having problems with Foxies Fund?

ComplaintsBoard.com is not affiliated, associated, authorized, endorsed by, or in any way officially connected with Foxies Fund Customer Service. Initial Foxies Fund complaints should be directed to their team directly. You can find contact details for Foxies Fund above.

Use this comments board to leave complaints and reviews about Foxies Fund. Discuss the issues you have had with Foxies Fund and work with their customer service team to find a resolution.

This dishonest man Dominick Tambone is, owner of the Foxies Fund Inc a non-profit 501c3 scamming Inc and...

WWE Raw is moving to Fox. Football ran into WrestleMania Legendary moments by 30 minuets. Fox is not getting off to a good start. I hope this is not a bad decision on WWE. That post game show did not have to air.

Now my schedule is messed up. When I see what time a program is a scheduled to air. I make arrangements in my schedule. Now 30 minuets is lost out of my schedule due to football going longer than Fox estimated. Fox want to consider extending extra time for football

The complaint has been investigated and
resolved to the customer's satisfaction
Resolved www.foxiesfund.net Art Smith and Dominick Tambone serial scammers — fraudulent charity organization

Art Smith and Dominick Tambone are no doubt a clever serial scammers, coming up with many schemes to fraud...

Brenda Fisher is a phony on face book she abuses animals & killed her own pet Buttons over sedating him with medications while she collected funds from him thru Go Fund Me and other ways $2600.00, She has attacked good dog breeders, users on face book & other dog breeds calling Chihuahuas Rats, In this scam report we will prove that she is indeed a serial scammer, fraud, phony with a false face book name and narcissistic sociopath with narcissistic sociopathic behavior in attacking animals & her make believe husband Danny Fisher for attention. She ask funds for her dog Buttons and kept the poor dog on so many drug medications he died of a seizure, Button never had any surgery he suffered great pain, She claims a breeder sold her a bad dog with bad genes, When fact she was feeding this dog pork, medications and other poison carcinogens killing him slowly because she was not happy the way his appearance looked as he aged, he was only three years old when she killed him, She was over dosing buttons on drugs like Trazodone, & Robaxin keeping Buttons sedated most his life, On her personal wall she has called dogs stupid and other nasty names.On a web page she created, she slander Chihuahuas suggesting beating one over the head with crow bar. She is a Charles Manson fan, loving this serial killer showing almost certain proof she does have narcissistic sociopathic behavior problems. Please take our advise and block this very dangerous criminal, animal abuser and con women from your face book, This person does not deserve any animals in her care, Brenda Fisher also has relations with Art Smith, Dominick Tambone, Randy Boles alias Randi Mee from Foxies Fund Inc. in Norcross Georgia. and Foxies Fund face book group that has been proven frauds. Most that know Brenda Fisher on face book knows she tells stories that have been fabricated, In this comment for scam report we will show evidence that Brenda is indeed a breeder & scammer, She did ask funding help for her dog Buttons which she killed with medications & kept the money to buy a new house, People that donated to this scam artist and narcissistic sociopath are just about stupid as a box of rocks, Open your eyes people there is no such women as Brenda Fisher or husband Danny Fisher, These stories are fabricated by this narcissistic sociopath that loves attacking others on Facebook & playing people for fools, She really is one that can pull the wool of the publics eyes, with collecting from her dog Buttons for a down payment on a new home not long after the Buttons Funding Scam as this report shows. She also owns rental property but needed funding for her dog, that's fraud, You been scammed if you donated to this nasty witch & to top that off calling little Chihuahuas Rats this is no dog lover, She loves possession, yours if she can scam you out of them with her many fake face book accounts she creates, BEWARE OF BRENDA FISHER ON FACEBOOK !!!

Foxies Fund
33
%
Not bad, but could've been way better. This company does respond, but not as often as you'd expect them to.