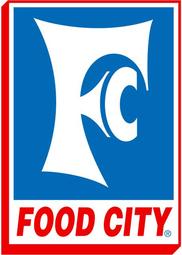 Having problems with Food City?

Food City reviews first appeared on Complaints Board on May 19, 2009. The latest review Unprofessional employee who invaded my privacy during a trip to the women's restroom was posted on Oct 12, 2021. The latest complaint drugged out employees was resolved on Aug 19, 2013. Food City has an average consumer rating of 1 stars from 140 reviews. Food City has resolved 8 complaints.

ComplaintsBoard.com is not affiliated, associated, authorized, endorsed by, or in any way officially connected with Food City Customer Service. Initial Food City complaints should be directed to their team directly. You can find contact details for Food City above.

Use this comments board to leave complaints and reviews about Food City. Discuss the issues you have had with Food City and work with their customer service team to find a resolution.

Pharmacist named Missy is very discriminative against people on suboxone... it's a hassle every time I go to...

Food City — the eoe and how harassing, discrimination, and slander is allowed in front of, and about customers

I recently visited a food city located in Bristol Tn off Virginia Ave. They have no respect among employee...

On the evening of Nov 26, I called my 25 year old son and asked him to run by the store to purchase a bottle of wine for me. I am currently limited to traveling due to a broken foot. So he stopped by Food City in Chatsworth Ga while he was out with his girlfriend to get it for me. He got the wine off the shelf and he carried it to the register. He was asked for ID and presented it. At first the girl looked at the date wrong and tried to refuse him, but then realized her mistake.But then she asked his girlfriend for her id. Now she is also 25 years old, but did not have an ID with her. Why in the world would you ask everyone that walked into the store with him for their ID? So when she refused to sell it to them, my son asked for manager. Brian Wattenburg, asst mgr, also refused to sell it. This is the most rediculous policy I have ever heard. Just so you know, my son and his girlfriend rarely ever drink and had NOT been drinking that night. So is this some sort of profiling or judgement call that your staff does? I called to talk to Brian Wattenburg after this incident, and questioned this. I explained how I have to depend on my 20 and 25 year old to go to the stores for me due to my broken foot right now, and I gave him a scenario that if I had sent my two kids into the store to purchase my groceries and also a bottle of wine, and only the 25 year old touched the wine and made transaction...would you decline the purchase? He said he would! Well you have lost a Food City customer due to this, but obviously you don't care too much or you would not be so willing to turn down our sales in the first place. There are too many other choices out there for us to be insulted, treated like we are trying to break a law or have our transactions refused. Well, he went down the street to the liquor store and had no issues, with his girlffiend by his side. And they could not even believe that food city refused that sale for that reason. Keep offending your customers in this manner and you wont have any left. You have certainly lost our family business and I DID give you alot.

Food City has implemented a new gallon shape for their milk cartons. I'm all for innovation and trying something new, but these gallons just don't work. My family, when we were buying the new gallons, would constantly spill milk when trying to pour it. The gallon also does not fit in our refrigerator, and just looks plain ugly. We quickly stopped buying them. And on top of trying to sell thee things, it appears as if Food City is going to sell these gallons exclusively. Last time I went to get some milk, there were only about four or five Mayfield gallons (which are actually shaped normally), and they were on clearance. If Food City does intend to sell these gallons exclusively, I will most likely go elsewhere to buy my milk. I am fine with them trying something new, but at least give your customers more options if they do not like it.

Thank you for your time,

I was buying mucus relief. The dollar zone ones because I have asthma and take them to aid in my congestion...

During trick or treat last night I had brought my son into Food City store 438 to get his treat. He is only...

Food City — (cashier discrimination against me and my family)

On 8-3-16 around 11pm at the Whitesburg, KY store me an my family stopped by after traveling all day seeing...

Today I called Food City Pharmacy in Dandridge, Tn. And asked a simple question. What is the next highest milligram on a extented release medication I was currently taking. Because on a medication that I take with this is an immdiate release, the milligrams are being lowered on it and I have to stay within a certain total amount of 120 milligrams daily according to DEA rules. This Pharmacy asst put me on hold for 25 min and 41 seconds and never came back to the phone. And when I hung up and called back. The same person answered and said in m8st rude loader tone of voice. WHAT DID YOU NEED MR._____. So she knew she purposely left him on the phone for almost an half an hour. She is totally off the page when it comes to customer survice. This phone call was made on June 9th 2016 at 11.19 a. m.

August 18th 2015 ;10:00am I have just been treated very unfairly by this supermarket. while doing our weekly...

Today I was humiliated in line by a cashier at store #157, I am 6 months pregnant trying to purchase my WIC...

i went to super dollar, which is a subsidiary of food city, they said i had a outstanding balance, when i called KVAT, we found out it was a Cashier named Angie Greer, who had used my driver license on the customer that was behind me in line so she would not have to ask the other customer for hers, this has been fixed through KVAT, but this cashier has caused us a lot of trouble and embarrassment, this is not legal for sure, and Food City, needs to do something about this.

I happen to know for a fact of employees that work third shift that do drugs, Justin Charvis is one of them...

This man harrasess all his co workers cusses at them and gets away with ot still when its been something said .he does prescription pills that are not even his.hes rude to customers. .hes a big bully if somethong doesnt get there will be a law suit with the harassmen . From marlowe holman.he works at sevierville yn in the meat dept. Store number 667..

There is a woman by the name of sue shelby a head cashier at 664. She is a cruel woman, all she cares about...

Produce was ### .Falling off shelves. not a drop of skim milk in store!!! NEEDS A MANAGEMENT CHANGE!!!

On March 17 the Saturday night at 11:30 pm I pulled up next to gas station lights were still on and a person...

I've been working at the Newport, TN Food City for 2 years. Since i started, I've been harassed and...

While my daughter and I were shopping at our local Food City in Lebanon Virginia we were treated very badly...

While purchasing beer, I showed the cashier my drivers license which were in a plastic see through in my bill...

At Food City # 664 in Kingsport, Tennessee there is a woman by the name of Sue Selby who is the head cashier...

Food City
6
%
There is some slight activity coming from this company when it comes down to resolving complaints, but so far it's neither timely, nor relevant.