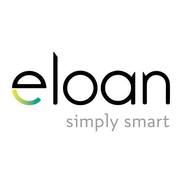 A total rip off avoid at all cost. In 2016 I tried to open a CD account with them, but because their website...

Can anyone tell me what the phone number you recieved when doing the loan.I just got a email saying i was approved for 5000 and payments of 125.00 im not going to do it but this scam sh-- needs to stop.I caught another company doing that.They said i had to send them 250 depisit on a itunes card because i had bad credit.It to is a legit company called Lending Club i discovered what was really going on and caught it 5am our time and reported it.The real company didnt know the phone number or the people's name funny thing they were indian decent and when i told them they were busted they started sending me text nasty ones and saying there not afaid of cops and we cant catch them.But what i notice now is its the same phone number as the one i got for eloan and im sorry i dont think a indian or arabian dude is named David that was the first clue.There copany put me on there web site.

This man kept calling me name Eric from Eloans from an Illinois number [protected] and said I was approved...

E-Loan Services; Eloan.com are crooks! Dishonest, disrespectful, and argumentative. I was taken to the clears for $254.00 for funds verification and $275.00 for an insurance policy. Was told by a Mr. Morrison that the loan was complete, then a Mr. Rick Hamilton guaranteed the loan was finalized after the payment of the insurance premium. After that, they said they would call, ultimately I called them back to find out they wanted $125.00 for each of 3 red flags that appeared. I refused and required the return of my funds. Ethan, Richard, Steve and a Mr. David Very guaranteed the return of my funds. Nadda, nothing, and rip off scam. It has been recommended to me to file a complaint with the Federal Department of Justice. I have hard copies of all emails, recorded phone conversations, names and dates. Anyone else who has been scammed by these jerks should follow suit.

This company did not transfer my loan to me after complying with them. They charged me for half of monthly...

This comit will not go through.any did not transfer the loan amount to me. I have been working with for 3...

On June 4, 2014 a representative of a company named e-loan contacted me to state that I was approved for a...

Had gone online to secure a loan. Was called by a person representing E-Loan. Approved a personal load up to...

On january 28, 2014, i was called by elaon agent james brown (With an indian accent) saying i was approved...

well they got me and I am trying to get ahold of the fbi I have already talked to the ftc and the fdic they...

I was told that I was approved for a $2500.00 loan. Because of my credit ratting, I was to go to CVS and buy a Green Dot Money Pack and send them $185.00. Then they told me I would get the $2500.00 plus the $185.00 within 2 hours into my checking account. We explained that we had the money but that it was our rent. It just didn't seem legit so I researched complaints on this company and what I found was exactly what I expected. Now they won't stop calling.

It's a scam, they will take your money. do not call or make any deals with E-loan. They know about the scam that people are doing from canada using there name and they haven't done any thing. they will call you and ask you for a loan insurance after telling you that you have been approve for a loan with a 9% apr. Name of the person that called me TERI phone number [protected]. I'm calling them everyday. I know Im not getting the money back but I will keep calling intill they change or cancel that number.

I was contacted by Ashley from eloan saying I had been approved for a $5,000 personal loan at only 9% interest. But because of my bad credit, I would be required to send them $770 for loan insurance before they would release the loan funds to me. They asked for my SSN, my fax number to fax loan documents to me. I told them I would have to call them back with the fax number. Tried to call them, kept getting a recording so I left a message. Their number is [protected] ext.2081. They knew my home phone no & cell phone #(not known by many)as they left a message with each number. I talked to husband about loan, as it sounded fishy about the insurance money required first. They knew stuff about my credit report, and that I had applied for a loan (but it was over a month ago!) Beware!!

We went online to try to get a payday advance, we went to eloan.com and applied for a personal loan, we were...

eLoan
0
%
Doing nothing would be this company's favorite pastime, if they had the energy for it.