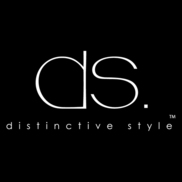 Dsstyles is a very bad place to buy from, I had a terrible experience with them so I know what I'm saying. Believe me you don't want to go through all of this. I placed my order 5 months ago and did not receive anything yet, my order never showed up and I can't reach anyone from Dsstyles about my refund. I bought a Swarovski Crystal Phone Case and paid almost $300 for it. It was a very expensive purchase and it was a birthday present for someone special. Unfortunately my money is gone long with my order. And no matter how hard I try I simply can't reach them and I have absolutely no idea what to do. I really need help because I want to get my money back. I'm not that rich and $300 is a lot of money!

Dsstyles.com — I'm absolutely disgusted in them

I can't even justify giving this site a rating of 1! I'm absolutely disgusted in them.
It 's scam, you can never reach them by email and my dollars just gone without receiving my order. Finally, realize it's a fake that copying dstyling.com . Do not do business wit them, i won't give it a $#*! forever becuase of my $200 loss.

Dsstyles.com — Dstyles is a scam as far as I'm concerned and I will swear to it in court

A friend bought a case for me from Dstyles because I just had to have it ok... This case cost $100.00 dollars and it lasted about a month if that long before the crystals started to fall off and then leather pulled away from the case... They claim to have a six month replacement policy but that is a joke.. Oh yeah it took about a month to actually receive the damn thing on top of all that and you never speak to anyone it's all done by email... By the way my case was never replaced or refunded... Money waisted so be warned... I then started buying my cases from Overstock they look as good as the ones from Dsstyles but are a whole lot cheaper and they will replace them within a reasonable amount of time... And you speak to real people just so you know... Dsstyles took the bling out of my so excited heart when they took my money so casually...Dstyles is a scam as far as I'm concerned and I will swear to it in court!!

Dsstyles.com — Stay away from this one

Unfortunately I ordered a $200 crystal case before I saw all the websites that complained about this company. Two days after I placed my order I emailed them requesting to cancel my order. They replied that it was already in production and they could not cancel. I checked their website, I did not find anything stating I couldn't cancel my order. A few days later I received my order and already a crystal fell off. I wrote to them and they stated they would send extra crystals and some glue. I didn't want to go through a lot of hassle so I agreed. The next morning another crystal fell off. I wrote and told them, they said that it's natural for that to happen. The following day a third one fell off! All this within 5 days of having the case. In each response to my emails they try to talk me out of sending the item back. I am going to have to go to PayPal to help me with this.

Dsstyles.com — Don't go near this site

I can't even justify giving this site a rating of 1! I'm absolutely disgusted in them. Yesterday i ordered a case and screen protector totally $80+, last night i checked my account and they had charged that amount plus an extra $230!!! WTF!! I sent them an email straight away instructing them to cancel my order and issue me a refund. As yet i've heard nothing back!!! they better not reply saying it was posted already as it was ordered on a sunday! Don't go near this site!!!

Dsstyles.com — I wish I would have checked reviews before purchasing from this company

I wish I would have checked reviews before purchasing from this company. I paid $213.64 for a Swarovski Crystal iPhone case. Within a few weeks the crystals began falling off in several places! When I contacted them I asked for a replacement and they refused! The only option they gave me was to either send me crystals that I could glue on or I could send the case back to them for them to touch up. My concern is that the remaining crystals will continue to fall off!! POOR QUALITY-POOR CUSTOMER SERVICE!!! They are a complete RIP OFF!! Don't PURCHASE FROM THEM!!!

I ordered a cover for iphone from DSstyles.com they took my money sent the wrong case, and want me to pay shipping for the return of the wrong case or just keep it instead of the one I ordered.

It is a month and a half later and I still do not have my money back or the case I ordered.

I followed all their requested by sending them a yahoo email address other than my verizon.net email. It took them over three weeks to respond to the yahoo email.

I sent them a picture of the case they sent me. I followed all the specifications they requested, the picture file size, with the packaging and the envelope it was mailed in, making sure the envelope addresses were clearly leible.

I let them know I did not have a use for the case they sent and I would like the one I ordered. I heard no response until a week later I posted a message on their face book page.

DSstyles
0
%
Doing nothing would be this company's favorite pastime, if they had the energy for it.