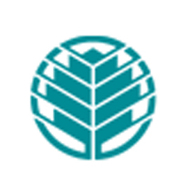 Having problems with Carolinas Rehabilitation?

ComplaintsBoard.com is not affiliated, associated, authorized, endorsed by, or in any way officially connected with Carolinas Rehabilitation.

On 12/24/2016 my sister willia washington passed away while under the care or should I say no care of this facility. Mind you, she had been there less than 24 hours after being transferred from the hospital to continue her rapid rehabilitation. When my niece, tonishia, inquired how/why her mom died and why no one at the facility contacted her until my sister was dead, the staff member stated: "she was too busy with other patients and she was only one person". Too busy also to attend to my sister's care, in my opinion. Tonishia saw her mom every day and said my sister was coming along rapidly and looking forward to a short stay at carolinas rehab, instead she is dead at 65. We think she aspirated while at the facility due to the facility's negligence, i. E. Lack of staff; staff not following medical instructions properly, facility's inability to meet minimum standard of care guidelines. The staff tells inconsistent versions of what led up to my sisters death, refuses to cooperate with my niece, has been extremely rude to her during this difficult time and is hiding something. I think this situation has happened in the past and will continue to happen to other families if this is not investigated further. My niece and I want to know why willia died unexpectedly while at this facility and want to insure other families/patients do not die or their families are treated in such a despicable manner by staff. When we told the facility we would be engaging an attorney, they said "do what you got to do". Thank you for your attention to this very important matter. Karen rosol and tonishia washington.

My Father Lloyd Allen Lippard was released from Carolina's Medical Center and transferred to Carolina's Rehabilitation Center on March 6, 2013. I picked up my Mother Jaye Lippard on March 7th to come home for a couple days to repack and pay bills since she lives in Statesville N.C. Upon our return on Saturday. March 9th, we found my Dad had been restrained to the bed since they said he pulled out his IV on three separate occasions. He was covered in blood and clearly confused and upset. He was so thirsty and acted like he had not had a drink since the day we left. The next day my Mother was in the room all morning and he is to be turned every two hours but no one had come in all morning and he was left in a wet brief.( Which leads me to believe the same happened when we were not there) His was diagnosed with Pancreatitis and had surgery which was caused by a gallstone that blocked the bile duct.He now is running a fever and we suspect another infection. I think he was moved too soon and the level of care he needs he is not getting. He is on a tractptpmy, feeding tube, colostomy bag, IV and multiple drains from the abdomen. This man is so weak he can`t even hold a cup to drink or ring the call bell so how he pulled a double taped IV needle out of his hand is questionable. My brother asked if Dad could have ice chips and the nurse said he could then the speech therapist walked in and said he was not as this could get in his lungs and cause pneumonia. It seem the staff are not all on the same page and at my Fathers expense. After observing all of this I`m very concerned for his safety and mental well being. I would be able to provide records if needed but wanted to see if you feel this is a warranted complaint before proceeding with records and documents.

Carolinas Rehabilitation
50
%
This company is on the right track to keep up with incoming complaints, but there's still plenty of work to do.