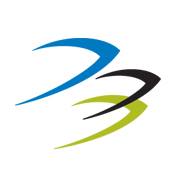 Account #: [protected]
On or about July 3, 2019 I contacted Shell Vacations to cash in about $3500 in points to obtain $450 in Visa cards that were to be mailed to me in one $300 denomination and one $150 card. I was told that it takes 4 to 6 business days to obtain the cards in the US Mail. I waited the six weeks and called on or about August 7, 2019 to ask where my cards were. I was told that Shell Vacations uses Blackhawk Incentives as a third party to facilitate sending out these cards. I was transferred to Blackhawk Incentives and spoke to a representative that verified that they had not yet been used, and they would cancel them to issue new ones to arrive in 7 to 10 business days. When they didn't come by August 29th, 2019 I called to ask where the cards were now. This time I contacted "Charlie" in Owner's Care to assist me. He spoke to a supervisor at Blackhawk Incentives, who promised him that they would be sent by UPS instead of USPS to arrive in 2 to 3 business days. He also volunteered to provide an additional $100 card for the trouble I was having with Blackhawk Incentives.
On September 12, 2019 there was no UPS delivery and no cards had arrived, now after 14 days. I contacted Owner's Care again and was handed off to Blackhawk Incentives once again. I talked with an initial call taker to ask what the tracking number was for UPS to find out where the cards were at now. She didn't know and said that they were sent out by USPS in usual mail and to wait for more time as they are "Experiencing Delays." I asked to speak with a supervisor, who was quite blunt to say that they have had a problem generating the credit cards to customers and it was taking longer time now and to be patient. I was told that it would take 30 to 40 days from August 31, 2019 for the system to get the cards to me. I told her that this is no different than the other requests, and that "Charlie" from Shell Owners care was essentially lied to by the Blackhawk Incentives when the cards were to be sent by UPS and the $100 card was to be sent by regular mail.
I am extremely unsatisfied with the expectations that Shell and I your client should be getting from Blackhawk Incentives. It is obvious that they are in a state of disarray and cannot keep their promises or obligations to us. I had big hopes of using these cards on two trips I've already made since I originally asked for them. You should be looking into their lack of ability to perform the service that you are contracting them to perform. I suggest you investigate and "Terminate" their service. It is unimaginable that they operate in this manner, and if you are unaware of their lack of ability to perform their basic function or to make amends by truly expediting the process when cards go missing or in this case, just plane not sent at all. They are putting you in the position of violating your contract to the client to provide cards for clients when they have been paid for with Points cashed in. I'm terribly disappointed with how I've been treated and have no idea what Shell Vacations is going to do to get me the Visa cards that I have paid for.
What will you be doing to fix this problem?
Sincerely,
Rolf Parkes
[protected]

unable to use card - this is fraud

I received my national grid rebates for buying energy efficient AC's. My total rebate of $80 was approved and...

Was given a birthday visa purchased from your chain. I waited to use it and when I did it had not been properly activated. Returned to the store where it was purchased and they refused to assist saying it was longer than 30 days. The Visa is worth $100 and your company got the money. I expect a better solution than SORRY. I wan my gift of $100 and I do not think that after 30 days you are entitled to keep the money and thumb your nose at me

I purchased an Only1 Mobile phone, and a $60 monthly service card for my son for Christmas. This company advertises "no hidden charges", and I bought this phone and card thinking there was no way my son could "go over" what was pre-paid for. One week after activating the phone, my son's phone was "suspended". When I contacted customer service at "Only1", I was told that he had a negative balance of about $5, due to texting and internet use. I have no idea why he was allowed to use texting and internet service when that does not appear to be included in the $60 card I purchased. I asked the service rep, who was incredibly rude and unprofessional, how to go about paying the balance, since he still had almost all of his 800 anytime minutes, and 3, 000 night and weekend minutes left. I was told to purchase a $10 card online, and "top off" his account. I searched their entire website, and there is no $10 card, even though they advertise that it's there. I purchased a $30 minute card, instead, thinking that would work. I was not able to put this $30 on his phone. The explanation given by the exact same rep when I called back (apparently she is the only one who works there?) was that I bought the wrong card, and that I "should have known better." I told her repeatedly that there was no $10 card option on their website, and she basically told me I was stupid.

At this point my son has a $30 phone, almost all of a $60 monthly plan, another $60 monthly card, and a $30 minute card, that are all completely useless. I am so disgusted by the deceptive practices of this company that I have told my son to throw the phone away, and I am now out $180. I think this company is guilty of false advertising ("no hidden fees!") and misrepresenting their products.

Blackhawk Network Holdings
0
%
Doing nothing would be this company's favorite pastime, if they had the energy for it.