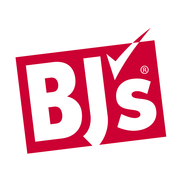 Having problems with BJ's Wholesale Club?

ComplaintsBoard.com is not affiliated, associated, authorized, endorsed by, or in any way officially connected with BJ's Wholesale Club.

OK here's the deal and I'm telling it up straght and I'm not complaining about BJ's beer...

BJ's was one of the worst retail experience I ever had. It was at the Watchung NJ store a few years ago...

I received a postcard with an offer for a "Free BJ's Trial Membership" a few weeks ago. It said, "No...

I am a regular Sam's club customer -Member for the past 5 years.
I wanted to try BJ's wholesale. I would horrible customer service.I had that feeling when I entered and never felt my intutions would become real there.

we were just looking at the camera section, when we pulled lightly the belt was a worn out elastic and it triggered the burgalry alarm.

Infact we did not move from the area, we were waiting for assistance .The store Incharge person had the nerve to come and show his face at us. He was as if why the heck we disturbed him. He did not have the courtesy to ask the basic question -" Can I help you".

I told him the cameras were nt working, the look and facial gestures were worse. He said it was burglary alarm and did not care whether we had to purchase the cameras or what and his answers were quite alarming and bad. I wanted to just get out of the club and not buy anything. he hasnt realized nothing comes for free - I bought there for 135 $ - My had earned money.

The workers there have to learn smile and good manners.

This BJ's club is in RT 17 - New jersey East rutherford.

Staff everyone.I will never shop this Bj's again or any other BJ's.I will not renew this temp membership also.

In an effort to get my business, BJs sent me a free trial membership card.The card says " No Risk BJ'...

I was discharged from this employment strictly to cover up complaints i had made about race & sexual...

The complaint has been investigated and
resolved to the customer's satisfaction
Resolved BJ's — false advertisement!

BJ's Wholesale Club
5
%
Doing nothing would be this company's favorite pastime, if they had the energy for it.