Resolved “A supervisor that was really rude to me a...”

Hello I called about a replacement. Had several UMX 683 they're no good so I called and asked if they had a different type altogether. He assured me it was but turned out to b a different UMX model still. The 1st issue. 2nd I had to pay $25. Then the 1st one I never received, USPS said it was "placed on my front porch" but never got it. Put in a order thru them to track it, nothing. Called Assurance AGAIN, she sends one out "free" but now it can't be activated. Gives an error message and they don't know why. I believe I should be reimbursed the initial payment$25 plus get another model one, not these old UMX models. How they expect us to use phones once a month if the battery dies or screen freezes then when you ask for a replacement you must pay or they feed you a line about service out n call back in a few days! This is one of the most scamist sounding company. I wish I could go back to Access wireless, I had no issue with them

My Lifeline free phone stopped working. I called the company and they charged me overnight shipping by FedEx for the delivery of the phone but replacement phone was never delivered. Two days later I called company again and they promised to refund me $12 overnight charge and they informed me that the phone will come by UPS on Monday Jan. 11, 2021. They gave me a tracking number. Nothing was delivered on Jan 11th...That number is not in existence with UPS. My account shows that tracking number as FedEx but FedEx says no tracking number can't be fund. So they never sent me a replacement phone and they charged my credit card for overnight shipping. This is not acceptable. They lie to me every time I speak to them. Something needs to be done about scamming customers by that company.

Desired outcome: I need a phone. 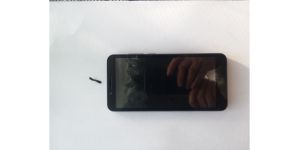 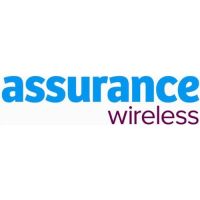 Assurance Wireless - Phone given to me for use
I am a lifeline subscriber and applied to assistance wireless as during covid I developed stage 4 metastatic cancer. Received a... 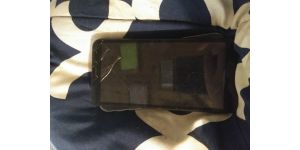 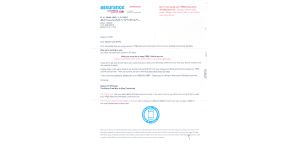 Good Afternoon. I am complaining about customer service errors and delays. I received my replacement phone yesterday via USPS as promised in 5-6 business days. An error was made by the manufacturer I was told I would have to return the phone said Mary at Assurance Wireless. I was also told the manufacturer would send me yet another replacement phone via USPS. Delivery would take yet another 3-5 days. The battery died on my original phone Dec. 26th and will no longer charge. I suggest this is far too long for a customer to be without a phone for emergency services if need be. I also believe the battery life to be far to short for a phone just over a year old. I suggest immediate overnight delivery of said phone. I look forward to continued service.

Desired outcome: Overnight Delivery without any customer charge. Not my error.

Can't hear, can't hear on speaker phone, cant hear when volume is turned all the way up can't take screenshots of import things, can't see on small screen, can't use my old phone that I can hear on, can't afford to buy another crappy phone from assurance wireless.

Desired outcome: Different phone like my Samsung galaxy 3 or better

I requested a replacement phone for my mom. I called the customer service to activate the phone, which arrived with a SIM card. They weren't able to accomplish this, so I was transferred to technical support. After multiple attempts, they gave up and said that the SIM card has a problem, so they will send me a new one. I called them back after about 10 days, to find out that no card was issued to me. They repeated the attempts to activate the card I already had, with no success. I was transferred to a different department a couple of times, to hear the same thing again: the card is defective, someone from a different department will contact you within 48 hours. Four days later, no phone calls, I called them back. Same story - someone will contact you within 1 hour, 2 at most.
After a total contacts of 6 times, I decided to file a complaint, I don't see another solution.

There is a total dead zone in Foster, Oregon and Crawfordsville, Oregon in Foster on Whiley Creek Road total dead zone the 911 service doesn't even work incase of emergency Just letting you know so you can fix this problem ASAP Thankyou

Please contact me due to several attempts to obtain my phone through online services and with Rep over the phone. I lost my phone and was calling to request a replacement phone rep screen me for a replacement and I would receive a replacement phone 7 till 10 business days never received my phone I contacted Assurance rep a month later was told my account close I had to reapply I reapply and was told I would receive a letter by mail if I was approved. Then never received a letter contact assurance wireless they said there was not a application on file after I gave them id application number I have a agency working for me due to being legally blind. I want a supervisor to contact me at 704-258-7042 I call several time and talk to rep with assurance wireless I was told I could reapply due to my account being close rep helped me reapply and told me I will receive my phone 7 Till 10 business days.

I've called customer service twice. My phone is activated. I can send And receive texts and my data service is great.. However I can only call customer service from the phone. And can receive calls. Both agents couldn't understand what what happening. Please help me. I don't know what else I can do. And the customer service agents can't help either..

My name is Malave' Contreras of Cincinnati, Ohio Now I am grateful to have a mobile smart phone with a 350 minute monthly and some data for internet and text messages. This is the replacement to two Assurance Wireless issued mobile smart phones that would "freeze" or become inoperable without any external damage from me, the user. I am very mindful about...

AW messed up my provisions. Now the phone I paid for, LG TRIBUTE, Is "locked" and All the great car's that can't comprehend english LOCKED up my $87 phone and say it's"no longer compatible with AW". They did that! Now I'm stuck out $87 and stuck with the bogus UMX device.

They are work in co hoots with a dirty cell phone company to take money from people who need and depend on That money . Very nasty company. Blackmail . they force you to use a cancer ridden phone or buy one from their corrupt phone company . Which sends you phones, ( check their unpaid reviews) that are not in working order and then tell you, you need a...

I had them a few months ago they sent me two phones they both broke within a day or two.they were undamaged from the outside but no reboot screens on both.they blocked me from getting one elsewhere tried to charge me twice and lied Everytime they said something.i filed a complaint which got me nowhere with the FCC. They denied me a phone for a month tried to charge me for a free phone twice both had warranties that they never honered told me that they sent me a phone which I never got told me I need security questions the tent never gave me ect.o had another company and I went get another phone I got tricked into signing back up with them which I now get to go through this again.fraud lies galore.

I have to charge three batteries a night because the UMX phone sucks all the juice out of the batteries! I have had ten or more of these pieces of scapmetal!! I recently had a Wico wireless that was tremendous and requested another one but was told the UMX was the only phones that were in stock so I'm stuck with another one with same results. I cannot...

60 plus hours convo w Assurance Wireless call center in the PI: The call center in the PI has told me that my 2g Alcatel flip phone is no longer compatible with the newest, collective Sprint/Virgin/Assurance USA systems, towers, infrastructure as all this has been changed and that for this reason and for this reason alone, my Lifeline handset must be...

Assurance Wireless - They promises you the phone and service and never, ever deliver.

I have dealt with this company since at least Jan 1st, 2020, when their first letter came to me. I qualify all the way through National Verifier and they know this I got the letter Feb. 3rd, 2020. Still no phone or phone number. Assurance tells me it's on it's way and of course no phone. I have written down five times I have had live calls with them, each saying it's on it's way. I am a single person, living at the YWCA and I depend on a phone for emergencies and my aging mother, they don't care. My name is Tanya Evans, pin 042764, they will ask for that info. I live at 322 East Broadway, Unit B318, Salt Lake City, UT 84111. Could you please help me with this company to honor their commitment. All I want is the phone and good phone service. Parent company is Virgin Mobile. Last correspondence was 3/19 and they said it's on it's way in 3 to 5 days. Help me get connected. My email is [email protected] Thank you for your time.

I have been tring to renew eligibility since Dec. 2019. I have sent in 2 apps to Assurance...the first they said they did not receive it, the second one they said they see but the way I sent it via the US postal service was wrong and I need to FEd X my app????Now Lifeline received and approved my app with them but Assurance is giving me HELL!!! Everytime I...

Assurance Wireless - Can not get a replacement of fee lifeline phone:

I'm requesting a new phone for my broken one. This is a free phone from Assurance Wireless threw Gov. subsidies. ALL of this started on January 27, 2020, not having a phone my communication with them is e-mail. I've fulfilled all the necessary questions, received my approved confirmation # 4208508586. This shows everything is fine your phone is on its way. NO way, this is now Feb. 22, 2020 and I'm still getting the runaround from person to person with no real answer. Keep in mind Assurance Wireless is for people who can not afford using other phone carriers because of me being in poverty. I'm also very disabled in need of constant contact, EMS, ER, hospitals, Dr's and others. I feel like I'm being punished with my health on the line.
Please help me resolve this dilemma.

To whom it may concern, I called assurance wireless because I paid money to get 1 GB of Data added for a one time service fee. I paid it and it was taken from my bank account. But was not credited with the 1 GB of Data. So I called to say something is wrong and the employee of assurance wireless got the information and looked into it and said I was wrong...