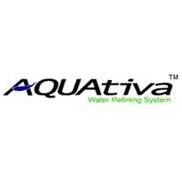 Purchased product approximately 2004 (was supposed to save money because of softer water. The product is defective, the installation was improperly done, the product has caused numerous plumbing problems. The product was supposedly under warranty, however there was no office to provide any service. We have gone without water several times, have been forced to pay for plumbers to change filters (installation was so poorly done that every attempt to change prefilter required professional assistance, and had actually broken pipe.

Within the first six months, a massive leak occurred from the pipe their plumber installed by the water main. Instead of any type of corrective action being taken for this companies inability/unwillingness to honor their warranty or assist with this defective product in any way, we were told that we would need to find someone to work on the product.

Initially we had requested that the product be placed in the garage. They agreed to do this until the plumber came, at which time we were informed that they could not accomplish this. The product was, according to them, impervious and resistant to weather conditions. Obviously it has not been. The outer casing of the prefilter has split and sprayed massive amounts of water. The electronic control panel had to be replaced twice because of exposure to the summer heat.

I was 'walked through' the procedure of replacing it since there was no service in my state, nor anywhere close. At the time I purchased the product, there was an Aquative office in El Paso, TX (approx. 45 miles), and I was informed that an office was in the process of opening in my city. They never opened any office in my city, and the one in El Paso closed. The attitude was somewhat like an 'oh well'.

I have never been able to receive any semblance of adequate service for this poorly designed and inadequately installed product, and have had to pay out-of-pocket for plumbers who did what they were able to (but could not repair unit). I also incurred a large water bill for the massive leak near the water main on pipe that Aquativa's plumber had installed.

After I called, I received a return call from customer service, and here is my opinion:

> I made a complaint several days ago, but have not received confirmation. I would like to update my complaint. After Aquativa's equipment caused yet another massive leak leaving us without water, a representative from the company returned a call and offered to SELL us the part that malfunctioned along with another filter. This is after the most recent plumbing bill, and would entail hiring a plumber to install the part that should not have ruptured.

So, in addition to paying yet another plumbing bill to bypass the system, I am then insulted by being asked to purchase a replacement for a defective part-AND-another plumbing bill! Seems like a real 'money saver' to me! I will continue to pursue this issue--seriously, who is lying here...

AQUAtiva
0
%
Doing nothing would be this company's favorite pastime, if they had the energy for it.