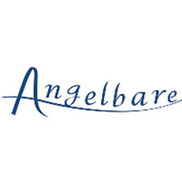 Having problems with Angelbare Permanent Cosmetics?

The complaint has been investigated and
resolved to the customer's satisfaction
Resolved Angelbare Permanent Cosmetics — awful work ,unprofessionalism

SHALA WHITMORE tattoed my eyebrows last year and IT WAS THE WORST EXPERIENCE OF MY LIFE .
CHEAP PRODUCTS, NEVER ON TIME, UNSANITARITY AND POOR CUSTOMER SERVICE!!!
and because of her awful work i did the laser removal several times, and then retattoed at another great place.so these stupid eyebrows cost me like 3000$ and what really surprised me is that she got the guts to go and submit a complain against me just because i wrote my experience on her website and all what i said was 100% the truth and everything she said was an absolute big lie, trying to cover up her huge mistake instead of being professional and apologize to me .
i believe that i have absolutely the right to share my story and if she didnt have anything to hide she wouldn't ve deleted my review and comments ..good luck shahla i hope you learned you lesson and try to better your work and self and then ur reputation :)

This is my response to my client, Elise Succar, and her inaccurate and libelous comments. I want to first thank Phyllis who was here for a touchup from her treatment in 2007. She said that when searching online for my new location, she found a terrible review. She stated that this was very unusual as she is familiar with my great work and happy attitude. After looking at the review, I need to defend myself from Elise Succar’s erroneous comments. I have been in this business for the past 12 years. I specialize in eyebrows and have been teaching permanent cosmetics for the past 7 years. I have worked on more than 2000 faces. Whenever I have a new client I always begin by demonstrating the best shape and eyebrow color to matches their face. When I give them my recommendation, it is always up to the client to decide whether to take my advice or keep their current shape. Occasionally, if I see that the shape is not right for the face, I do not touch them and ask them to go to someone else. I am proud of what I do! I do this day in day out and I thank all of my clients who have supported me over the past 12 years. In January of 2010, when Elise came in for a consultation, I saw both of her eyebrow tails were in the air as a result of previous work from a different technician. I showed her with a pencil the shape that would best match her face and compliments her look. She gladly followed my advice. I explained that the remains of the previous work on her brows could be removed, but it would take a few sessions. She understood and filled my full page consultation form and release. She paid for the combination treatment of some color removal and some color addition to her eyebrows and left the office very happy. She came back for her second eyebrow session during which I worked on the removal of the disfiguring color again and I finished the added color eyebrow treatment. She came back for her check up and felt that here was still residue from her original, non-Angelbare, work. I used the removal formula without any charge. I am a laser technician, since I know that laser around the eyes is very risky, I never suggest using lasers for eyebrows. Seven months later Elise came in for a touch up and I saw that the color from half of the eyebrows was gone. When I asked her what happened, she stated that she had used laser treatment to remove the original tattoo that was left over. I explained that now I would have to create her brows all over again, which takes 2 visits to complete. Normally a touchup costs $50, but since she had removed my work with someone else’s laser, off I had to start from scratch to replace what was removed. She had an appointment in the morning which she wanted to reschedule and I accommodated her by fitting her in on my lunch time. I put her under the numbing as I was working on another client to prepare her for her session. I explained to her that since I needed to do her eyebrows all over again that it needed 2 visits and would cost more than $50. She got very angry and raised her voice and asked for a discount and I agreed to $100 discount with a total cost of $200 for the new work. She insisted that she was only going to pay $100, got upset, raised her voice and threatened that she would ruin my reputation because she had to spend so much money on her eyebrows. I told her that was not my fault that she had her eyebrows done wrong the first time and was unhappy. It was not my fault that she got a laser treatment done and removed all of my pigment. I told her that I would give her a discount as a favor and she walked out of the door. My secretaries are still employed with my companies and I am very pleased with their work. Elise Succar’s story was false. I am sorry for her and other people who go to places that cost less, but receive body tattoo pigments on their face and do not receive artistic eyebrow shapes. Frequently they have to spend more money in total and their eyebrows will never be the same. So please, anyone who is considering facial permanent cosmetics, make sure to go for a consultation before receiving any treatment anywhere. I will be happy to show my pictures of the many clients who have had a similar need for change and I have helped them correct their shape and color.

Angelbare Permanent Cosmetics
100
%
This... this rating shouldn't even be possible. Not every mother cares about her own children how this company cares about their customers. Perfect!