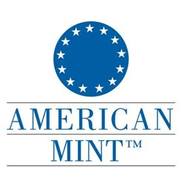 Having problems with American Mint?

My husband is being billed by American Mint for Trump knives not ordered and those he did order not received...

American Mint is the most non customer service oriented business I have EVER dealt with. My elderly mother in...

I am being dunned for something I never ordered.

I bought 2 Trump coins several months ago. paid for them.Now I am receiving this bill for $89.00 for something I didn't order and didn't get, namely SPEECHES DONALD TRUMP FOLDER, DONALD TRUMP-BATTLE & DONALD TRUMP -ENERGY. The date I supposedly ordered those items was 01/24/19. It says my acct.# is [protected]. I live on a very fixed income and cannot afford to pay if someone used my card to buy those things. Can you help?

I purchased three of the Donald Trump (all the same) to be given as gifts. I paid with my visa card and declined any further purchase or even the catalog. on 7/26/19, I received an additional knife with an invoice of $66.90. My original purchase was paid in full and I have no intention of paying for additional knives from your company. I will return this product and want to close any additional shipments which you feel that I will like. My account number is [protected]. please see that I am removed from your mailing list. I will also instruct my credit card company to not to pay additional bills from American Mint.

On April 1, 2019, I paid for 2 Trump Pocket knives through PayPal. The was damount of $19.90 was deducted from my accounton that day but I have not received any correspondence from American Mint, regarding my order. No confirmation, no shipping notices, nothing. Could someone please check this out for me? I have sent a complaint to PayPal and they have contacted American Mint and have given me the case # PP-D-[protected]

I ordered a "special" Trump coin and paid for it. Didn't realize that the fine print had an automatic "large...

I received a threating letter stating I would be reported to Credit Union as this is Delinquent, I have been a customer for many years and bought many coins. Please remove me from your Advertisements as I no longer will purchase from AMERICAN MINT. I've never been late before and I am angered at this threatening letter. I will call after 8 AM. Do not send any advertisements any longer I will throw them in the trash.

fraudulent practices and scamming of the public interstate fraud

I recieved a little flyer in the news paper which was by American Mint. I advertised the company per a little...

I just bought once from them replica of a coin for my grand son.Prior to this purchase, I was receiving a lot of unsolicited mail from American Mint.Being
an old citizen, I am not leading a very active life & restrict my outings to a limited chores like purchase of food in the close by neighborhood etc.
Never thought that I am going to be trapped in the biggest network of Scammers, I
placed the order for the aforementioned coin.Prior to its dispatch, I had completed the requisites of purchase & has given to them my CC # too.
They dispatched the coin & my CC was duly charged.This was also the beginning of my trap which is continuing for almost three (3) years.Soon
after the first transaction, I received from them another letter saying that
they have already mailed to me another replica coin & its value was charged
to my CC.I am leading a very frugal retired life & this letter was as if I have been stabbed in the chest.Just kept my lips closed & accepted the thrusted deal too.
Practice mentioned is continuing even after my both written & telephonic contact with their so called Customer Service Department which truly is a den of scammers & straight away tell you -pay or face the consequences.
Recently, I have been targeted to be a victim of a fraudulent purchase of current President's memorabilia.I had practiced after second forced deal
to return all packages sent by them as a practice of unsolicited deal, unopened to them. They as part of their illegal practice have never ever acknowledged receipt of returned goods?
I have returned every single unsolicited packet sent by them through my
neighborhood Post Office.They have now trapped me in their net sending
letter that in the month of early March, 2017 have sent to me a packet containing President Trump's inauguration material? Almost, they are mailing me every 8-10 days letter with invoice (interest is added on top of value progressively).Last one dated August 04, 2017 was received by me on
August 15, 2017, which is threatening me that matter will be handed over to
"Collection Agency"?I took a chance & contacted on phone their Customer Service Department & after 40 minutes on hold, my call was answered .I straight forward asked their representative to either give me the telephone # of Accounts Department or connect me with them.There was a long pause & she came online asking me details about myself & account etc.I told her that I just need to to talk to Accounts Department.Again there was a big pause & on my asking "Are you there"-she said you have received the PACKET & YOU HAVE TO PAY $91.00 (apprx.).
I got fed up & closed the line.Most interesting part of my story is that on their website, letterheads etc. the only phone number given is that of
CUSTOMER SERVICE DEPARTMENT!! You just can not talk to anyone else in this organization? Department is staffed by people who have been trained to be rude to their victims & are constantly told by trained scammers to reply only in one sentence, after a long pause "you have received the packet & you have to pay".
In this case, I insisted on POST OFFICE staff who handled me to issue an official receipt that "Packet returned was recived by the POST OFFICE".
Arif Hussain,
August 16, 2017
7587 Abigail Dr.
YPSILANTI, MI 48198

Unsolicited coin was sent. We called the Postmaster General's office and the FBI. Both offices told us to do nothing. Bills started coming in the mail demanding payment for the unordered coin. Then debt collectors began calling and I called American Mint to see how to resolve the issue. They said to send the coin back, which was done and a letter was also sent to them requesting that no more coins be sent. That was 8/2016.
Today we received a call from a debt collector saying that payment was due for the coin.
I then called the American Mint Company and told them about the debt collector's call. They asked for the coin's USPS tracking number, which I fortunately had along with proof that they had received the coin.
The customer service agent I spoke with verified that they had received the coin but only after I gave her the tracking number. She did not even want the account number.
This company harassed us with bills for months and tried to start doing so again today.
Do not deal with this company.

Dear Sir;
I received a flyer from Madison, stating that they offered a Aurora Borealis Princess Ring, and that the ring was valued at $79.95, but that I had two credits and that it would bring the ring down to $9.95. Also that I would receive a scarf free with my order.
I sent a check in dated April 6, 2017 for the $9.95 to buy the ring and get the scarf free. My check has cleared but I have never received the ring or the scarf.
Until I researched this company did I realize that it is associated with American Mint, and at one time I did order something from them. I guess that is where they gave me the credits that they spoke of.
There is no phone number on the flyer that was sent to me so I can't call them.
I would like the ring or a refund. You can call me at [protected] or email me at [protected]@suddenlink.net I would appreciate your help with this matter. Thank you. Charlene Siegrist--401 Rio Concho Dr. #28, San Angelo, Tx 76903

cannot get replacement of defective product.

Bought trump coin.Only. They sent me 2 more present coins i did not order charged to my credit card whith out my consent.Sent me return shipping label.I sent back.They recieved according to my tracking number.Wont send me refund. Going on 3-wks.Please help called no help wont answer phone.when answere phone they dont send. always tell me will be about 10-15 days.no money yet.

I will keep this short, No need to give American Mint more then it deserves. First i placed an order with the offer for a knife for $9.95 + ship and handling. I received the product with a watch and 2 knifes. I looked at the invoice to see if they had made a mistake or if it was a promotion. I saw nothing to say I owed them 59.95. So I sent one to my father who is in the middle east US Air force Afghanistan. Later I noticed a charge of 59.95 on my credit card. I called and they told me i need to pay i explained that i did not order anything, they told me i did not mark on the card I told them I looked and did not see anything like that. Jump to now its bin 4 months and I'm still have this problem. They want me to pay 59.95 after they charged my Credit card. I called absolutely no help the most horrible service. They want there knife at all coast back.I was explaining to them that they need to be clear and stop these sneaky tactics. PLEASE I beg you to NEVER ORDER FROM THEM and tell your friends and family spread the word out!!!

American Mint Account # [protected] Invoice#0000001
On July 26, 2016 I responded to a special scratch off ticket from American Mint in Mechanicsbury, Pa. According to terms listed on the ticket, by having three matching symbols on the ticket, I could get the Statue of Liberty Commemorative coins for only$4.95 plus $4.95 shipping & handling. When I received the coins there was an invoice with an amount due of $89.00. I contacted them and requested a correction of the amount due to reflect the price of $4.95 as stated on the "Winning Ticket". Which I will gladly pay. I am still waiting for resolution.

I got pulled into the coin scam with the free coin scratch off, upon which they took liberty to send a bill...

Back in May I made the mistake of ordering a coin from American Mint. I got the coin I ordered, but they also...

I was billed twice for the same unsolicited product. The original bill was paid and then I started getting demands for payment for the same item. I called Transworld Systems to clarify and it was like talking to a wall. The 2nd bill was sent to my address but with an erroneous name. It has been impossible to clear this up and I am tired of being harassed with letters.

billed for something I did not order

I was offered a coin for $4.95, now they want $89 after sending me to transunion colection agency. It was a send no money now offer. They sent me two coins. I did not order this, and considering the history of American mint I want to contest this, mostly I want to make sure they do not keep billing me even if I pay this. I will be contesting this through the collection agency. American mint does not answer there phone.

American Mint
0
%
Doing nothing would be this company's favorite pastime, if they had the energy for it.