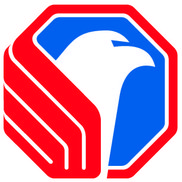 Having problems with American Alarm?

ComplaintsBoard.com is not affiliated, associated, authorized, endorsed by, or in any way officially connected with American Alarm.

When opening a small volital business in Santa Ana, i chose to work with Gary Beal at American Alarm. The agreement due to the question of the business actually staying in place, was a month to month agreement. We were a not for profit organziation and were not in the market for a contractual agreement. Mr. Beal came by our shop and had the manager (a $10 an hour employee) with no signing authorization to sign a two year contract. The business closed after a short six months. Mr. Beal has now filed a continual collections calls to harass for payments. If Mr Beal and his legal team would simply check the laws, they will find that the board of the non-profit have NO liability for this contract. They are far from professional and simply terrorize their clients. Very poorly run group...

Danielle Patetz is the "registered" owner only because Darryl Johnson is a convicted felon and can't get...

American Alarm
50
%
This company is on the right track to keep up with incoming complaints, but there's still plenty of work to do.