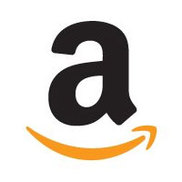 Having problems with Amazon.com?

The nightmare began in April when I received my statement late. I called Chase and the rep assured me that if I sent in my payment and it was received in a week there would be no late fees. I paid the balance that night with my online banking system assured that it was paid in full. $17.00

Because I assumed my balance was paid, I didn't look for a bill in the months of May and June (thought they were junk mail.) Luckily in July I happened to open a billing statement and was surprised to find that I owed $48.00.(interest rate + 3 @15.00 late payments).

I called Chase and spoke to a rep (very difficult to understand)and when he said he could not help me I asked to speak to a manager. After an hour of very rude customer service the manager agreed to eliminate one of the late fees, assuring me that I would owe $33.00. I paid the balance once again with my online statement.

Today I received another statement assessing me another late fee. When I called Chase I asked to be connected to a supervisor. She was just as rude as the first one and refused to take care of the unjustified fees.

I can't help but wonder if this isn't a scam. I am very surprised that two reputable businesses such as Chase and Amazon would have such poor customer service and want to rip off consumers.

Amazon advertised a cordless phone as NEW. It appeared it the cart with REFURB inserted in the product model number. (It did not say Refurbished anyplace else, it could easily have been overlooked). I phoned customer service, who "absolutely assured" it was new. In fact it is shipped directly from Panasonic. I ordered it, then called Panasonic. It is a 2005 model they no longer sell, so it would not be in their warehouse. It could only be coming from a Panasonic refurbish unit or another refurbish unit. Amazon sent me an auto-generated email asking if I'd been satisfied with customer service. I clicked NO, and a representative phoned me. He said the listing had been changed to "refurbished". I checked and it hadn't. He then said that REFURBISHED IS THE SAME AS NEW. He held to that position. I'd not trust "New" on Amazon.

I had been a loyal Amazon.com customer for 5 years. I placed, on average, one order per month in various amounts. In my 5 years of dealing with Amazon I never had a problem with them.

On May 18th I ordered something from Amazon for my laptop computer. My order was processed and I received the item on May 22, 2007. A few days later I receive a letter, dated May 24th, from a collection agency named Certegy Payment Recovery. They also called my office with an automated dunning message.

Apparently my credit card had expired and I had not updated the information. No one from Amazon ever called me, sent me an e-mail or a letter or made any attempt to resolve this issue before handing me over to a collection agency. A simple e-mail or notification that there was a problem with my payment, and I would have taken care of it immediately. Instead my credit rating and my good name is placed in jeopardy by a bunch of thoughtless, di**less as**ole who can not give a slight courtesy to a long term customer.

I canceled my Amazon account and I will never use their service again. They will get their payment when I am good and ready to send it. I will show them the same courtesy that they have shown to me.

both amazon's shopping cart and company's attitude toward customer service are broken!

When I communicated with customer service, they told me that once an item disappeared from the shopping cart, it couldn’t be recovered. I pointed out to them that several items that had been removed, had in fact reappeared. Obviously, if an old shopping cart file from months ago still existed on their system, the old file from a couple of days ago does also, and thus could be restored, if they wanted to.

This set us off a round of promises to fix the problem, until, after much back and forth, they reverted to the old, already-discredited statement that once something had been removed it couldn’t be restored.

Both Amazon’s shopping cart process AND the company’s attitude toward customer service are broken.

My boyfriend used my account (with my permission) and ordered a pack of CDs from a buyer through Amazon.com. We got the CDs just fine, the seller got his payment, and everything was hunky-dory.

Then, a couple of weeks later, I started getting these calls from this debt-collection agency, but they wouldn't tell me what it was about because they were using my boyfriend's name, since he placed the order. I got my boyfriend to call them back and we found out that an amount of $27.24, the exact amount of my boyfriend's CD purchase, had been placed with a collection agency in Alabama.

They could not tell us anything more than the amount owed and how to pay it (a lot about how to pay it). We told them that we did not owe the money because all my records showed that the guy got his payment (and we got the CDs). The agency told us that they didn't know anything about it. They didn't even know it was Amazon. They just knew they were supposed to get money from us.

We hung up and called Amazon. Of course, we all know that Amazon does not post its number on its site, for whatever reason so we had to google up a number. Amazon told us that everything was fine in their systems, too, just like my records showed. We told them we thought so, but this agency won't leave us alone (they called me about 5 times a day for almost two weeks - from 7:30 am to 9 pm and would not tell me why!).

Bottom line is, this collection agency has my name (though they have stopped calling) and amazon will not tell them that I don't owe them anything. I don't know how to get the two companies to talk to each other. We gave the agency Amazon's number, but they said they will not call amazon to verify that my account is fine. I don't even know how the agency got the number, unless amazon gave it to them, which they said they didn't!

So, I'm totally confused and I don't really trust Amazon very much anymore. Has anyone else had this happen to them?

shoddiest service I have received in my life! no refund received!

On December 21, 2006, I ordered some jewelry from AlleFineJewelry.com via Amazon. They said it needed to be appraised so it would not arrive in time for Christmas. On December 29, 2006, it still had not come. I canceled the order with Alle Fine Jewelry on December 29, 2006 because they emailed me and told me it would not be shipped until Jan. 08, 2007 and did I want to cancel? I answered that I did want to cancel and I asked for a refund. On January 4, 2007, Alle Fine Jewelry emailed me and said they were over-nighting half of my order. I emailed back and asked them why they would send it since I had canceled the order on December 29, 2006. They sent me half of the order. When the package came, I returned to sender and I never opened the package. Then I asked them to please refund my money where they had charged my credit card on December 21, 2006 in the amount of $1938.00.

They received the merchandise back on January 10, 2007 according to FedEx and I have the receptionist's signature on file. I have been asking and asking for my refund daily from Alle Fine Jewelry via Amazon only to be met with, "we are still examining the jewelry you returned." Mind you, they only sent half of the order, but they said they are also examining the one they never sent. That is rather curious to examine one that they never sent.

The person I have been dealing with at Amazon.com is Peg Anderson and she has not been helpful at all, but in fact, now my Amazon.com account has been blocked, which is rather curious since I have purchased hundreds of thousands of dollars worth of merchandise from them since 2000, yet, no refund from them still.

As of January 27, 2006 and they still are "examining" the jewelry I returned unopened which I had canceled before they sent it and they still have not given me my refund in the amount of $1938.00 nor a date when I can expect it.

Peg Anderson of Amazon.com was my inspiration for filing this complaint. If you have a complaint about Amazon.com, you can email their Executive Customer Relations Department at [protected]@amazon.com, but don't expect any satisfaction.

Since Amazon.com removes customer reviews and discussions that do not suit their purpose, please beware of their customer reviews on their site. They in fact, did remove my review of the above mentioned merchant, which shows they do not want customers forewarned about bad merchants and that you cannot trust their reviews.

I won't use them again and I am warning everyone I know and even strangers, about them. This is the shoddiest service I have received in my life. I will post this on every complaint forum I can find.

is amazon a reliable company?

What company would have the "courage" to send this type of message to a client? "I have reviewed you account...

Amazon.com
1
%
Doing nothing would be this company's favorite pastime, if they had the energy for it.