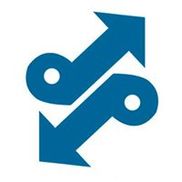 Warning... Do not buy from Sears ever. I called these people 4 times. I overpaid for my refrigerator times 2. Each month it's something different with my payments. Sears is not serious about their customers. Full of [censor] patricia, mary and jovonni all gave me different payoff prices and lead me on a damn goose chase. Who I look like, mother goose around this [censor]. My bank account not set up for foolishness. I work hard for every penny I make. I hope business fails for them with they dishonest [censor]. My suggestion is to buy your [censor] up front.

Hope that this is read and actioned. Wish i had read these complaints before proceeding with this company for...

I shipped my household items through Air7Seas SCAM company 5 months ago from USA to India and I HAVE NOT received my goods until today. They never respond to any of my emails, they don't pick up any of my phone calls. They never respond back to voicemails. There are 2 Fraud people who are the point of contact - Babu and Aarthy. aarthy is the salesgirl who talks nicely and sells the shipping service, babu picks it up. They inflated my charges by 100% even before the shipment left the US. I didn't bother to argue as I was busy doing a cross country moving and desperate to ship my items. I am filing a complaint with BBB as well as suing them in small claims court in CA - I am talking to my lawyers right now

This is a letter sent by my lawyer Mr. Arie Weiss, Advocate & Notary, LAW OFFICES AND NOTARIES 7...

This company is an absolute fraud. They give quotes and then try to extort money by blackmailing. They take...

This company is being by a bunch of cheats and unprofessional people. I was relocating from USA to India...

Its four months since i sent two pallets of all my valuable belongings with a very dishonest company called "air 7seas" www.air7seas.com. I am not sure where to begin after 4 months of aggravation and lies and three thousand dollars paid in full to the company, my stuff has still not arrived and now 3 months after the date they told me my stuff would arrive to my door, they are asking for more money and storage costs. But still no end in sight to their abuse of my innocents when it comes to international moving to Mexico.

Here is how it all began. I was taking quotes from many companies towards my move to Cancun MX from Brooklyn NY. I knew that moving to Mexico is a very detailed process which is why i looked for a company that would do the job door to door from a to z, many companies responded and with better rates then air 7 seas, but the only company that made it very clear to me that they will guarantee the arrival of my stuff to Cancun was air 7 seas. Now, that was very important to me, i do not speak Spanish so i did not have the ability to get involved in the moving process and /or customs clearance. So as soon as they informed me that they have a company in Mexico that works with them for years and takes care of all the work they need done in mexico and i have no need to worry, the next time i will hear about my stuff is when the truck needs final directions to my home in cancun.

Of course non of that happened, leading up to the date that they had told me my stuff would arrive, i began calling their office and sending emails, but to my surprise no response, then i get an email that i most pay in full all the costs before any fines are added, so i paid in full and demanded that someone respond to my questions on where and when my stuff will arrive, finally someone gets back to me and says it will arrive on the 31st but to my surprise nothing happens on the 31st now it is 3 months later and still my stuff have not arrived.

So 26000 worth of stuff are rotting away including over 1000 books and many other items that i have collected over my lifetime are nowhere in sight...

They lied on when they would pick up the stuff from my home, i should have taken that signal because it only got worse.

My stuff came 2 months after the date i was told it would come.

and only after threatening to sue and my lawyer doing some paperwork did they realize that i mean business and i will sue their ### off.

So now after almost a heart attack, my stuff are here safe and sound, but it was not worth the aggravation.

I am not sure where to begin. We can start with the reassuring phone calls, "being that we are in the...

Air 7 Seas Transport Logistics
18
%
Not bad, but could've been way better. This company does respond, but not as often as you'd expect them to.