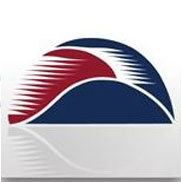 I have sold my home to a couple with financing from Affinity. Everything was good till closing date then easement issues began. First I needed neighbors easement permit to close . Which took a few weeks but I got it done. Then it was another easement issue. So another few weeks pass and was resolved. Each time told this would be all needed for closing. Now its have all easements transferred to buyers before we can close. This has been going on for months and has everyone involved confused and upset. They could have easily stated all this from day one so that maybe different ways could have got to the end result. We have been jacked around for so long its become a financial stress on all involved. There is nothing anyone can do and the lack of communication is insane. Its like dealing with a child who just got a new toy . Where would a person even find these kinds of directions to understand them to begin with.

Affinity Federal Credit Union.
50
%
This company is on the right track to keep up with incoming complaints, but there's still plenty of work to do.