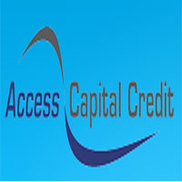 Continue to claim I owe them 168$ for something I ordered from White OverNite, which is a "company" that...

As many other reports have already been filed, I'll try to make mine as short and to-the-point as possible. During the summer of 2006, I signed up for a 'free trial' of White Overnite, and when I canceled, they told me I was still responsible for the scheduled delivery of the next shipment, which is SUPPOSEDLY $59 or so. I told them I don't want it but they wouldn't budge, so I called my credit card company and changed the credit card number. I was never shipped anything else beside the 'free trial' package.

In November of 2007, I receive a call while at work from Access Capital Credit, whose CSR proceeded to tell me that I'm in default for $115 and if I don't pay, they'll put this collection on my credit report. I don't like being threatened by anyone, so I told him to go ahead.

Last week (Sept 2008) I was going through my credit reports, which I do annually to check for fraudulent accounts and/or anything I may have overlooked, I noticed a collection entry from Access Capital Credit for $115 on my Experian credit report (thankfully, not on the other two). I submitted an online dispute and about a week later, received an email from Experian that they're going to erase it from my file.

Yesterday I received a voicemail from an Access Capital Credit CSR (who never bothered to tell me which company he works for, I had to call the number he left to find out who he was) and ignored it. Today he called again and basically said that they received the dispute letter from Experian and that unless I pay the $115 balance, they'll keep the item on my credit report. I told him the White Overnite was supposed to be a free trial and he argued with me and said it wasn't. Then he threatened to ruin my credit again, so I told him I'm not about to pay any money, and hung up on him.

I find it despicable that a company like Access Capital Credit / White Overnite can get away with screwing with customer's credit with an obvious scam. From what I understand, both Access Capital and White Overnite were founded by the same scam artist known as Joseph Cioeli. An Internet search on him yielded results about one scam or another. Guys like this should be sent to prison for a long long time.

fraud, threats to damage my credit

Access capital credit contacted Me in the last two weeks via E, mail, letter, and phone. I had no idea what...

Access capital credit
0
%
Doing nothing would be this company's favorite pastime, if they had the energy for it.