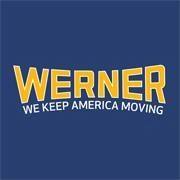 Having problems with Werner Enterprises?

Werner enterprises prays on the innocent and unwary by using deceptive and unethical hiring practices that lure new drivers in with promises of .36 cents a mile and/or $1000.00 a week, brand new trucks etc. By the time the new driver figures out he has been lied to and will only make .24 cents a mile (An industry low) he is firmly caught in the Werner Web of Destruction and must stay at least a year to establish a work history. It is a universal red flag in the trucking industry if one quits the first job after truck school shortly after hiring on, even if they are running from the Werner Spider. In order to gather inside details on this scam, a 24 hour National Snitch On Werner Hotline has been instituted at [protected] or visit holyflyingmonkeys.com/#snitch_on_werner
for details. Together we CAN make a difference.

My husband went to work for Werner. He had to take a refresher course and go out with a trainer for 4 weeks. He got to go with his trainer about 2 weeks after his orientation was finished. Werner did not have any trainers available until then. He met his trainer, got to go with him in the company truck and get his trainer's wife out of jail for prostitution and spend time taking care of his personal problems instead of training. He finally gets his own truck and, lo and behold, they asked him if he would like to run a dedicated division, he would receive $800.00 weekly as long as he ran what the wanted him to do. That sounded great, until 5 weeks passed and he was still getting paid miles. That meant when he received his last paycheck from Werner while he was still on the dedicated fleet, they didn't pay him for his time. It took them until the end of those 5 week to get his pay straightened out, and even then Werner ended up robbing him of 2 weeks of pay.

He was able to come home, and to get him home he had to run a dry load to the Florida coast, and it did not deliver until within 2 days of his home time. He had called his dispatcher and asked him, since the load delivered on one of his days off, could he have his one more day off since he would be gone all of the day on his day off? His dispatcher told him that would be fine. He gets a rude call on that Thursday asking him where in hell was he, this man just screaming at the top of his lungs! My husband said that he had cleared it with Frank and asked if he could he speak to him. Clint or Clem (I'm not sure on the exact name) told him Frank was gone and he was his dispatcher now. He gave him his load assignment and was on his way.

He picked up the load and got ready to roll, and over the qualcomm (the satellite communication drivers use to keep their records and whatnot) he is told to take his trailer over to Jacksonville, Florida, and drop it. They also said he was no longer on the dedicated fleet anymore. They knew he would be late since he had to drop off the trailer and get up there. He made it to Georgia (where they told him he was to head to), and the the company was closed. Now he had to wait until morning to get it. He got the load the next morning, has to only take it a few miles, and to his surprise they refuse it because it is late and he would have to call and reschedule. He gets a reschedule date of 6 days later. They left him sitting for 6 days, and that was the final straw.

He called his dispatch, told them to get this load off him, and head him back to Florida. He was done! When he got back he was hired by a great company, Stevens Transport, and they are grateful for having an experienced driver. Werner was never courteous to me on the phone, when I was just asking general questions on insurance or for any sort of helpful information. To my disbelief, a few weeks later a card from Werner arrived in the mail asking him to come back. My only reaction was, is this some kind of joke?

After driving for over 8 years. Training, 100 percent on time and safety, no accidents no tickets. My employment was terminated. Wrongly terminated in my opinion. And obviously in the opinion of others because I have companies fighting for me to drive for them. Werner has Informed me that I will not be receiving the backdated safety awards that I earned. Its not my fault they take a year to recognize driver achievements, but, apparently it will be my loss!

Thanks again Werner..., for caring!

I was a truck driver with Werner, 1yr ago I went to San Antonio TX, for a drop, I left the truck in a rest area because my time was up for the day, when I came back for the truck it was gone, Werner took the truck, without notifying me I call them they said they dint know anything about it, now I cant get a job with no other truck company, cause they have me like I stole the truck, when I was the one who called the state trooper and reported call Werner they lie to me.

First of all my training lasted 17 weeks and had 4 different trainers due to loa and disgruntled employees but cant say enough about my final trainer he was awsome! Anyway i was canned (blessing in disguise) for driving my truck home after 8 weeks out straihght without any reset of hours that means i had worked 56 days without a day off! And my fm had known about my home time since may 18 that i was going home. I had told my FM that i needed to be home on thurs AM so what happens? My know it all (einstein) FM tells me im not going home! These guys (FMs) get to go home every day to see their families and can care a less about the drivers! I have a 3 yr old boy who always asks his mom where his dad is! Get a clue all of you FMs we have a life too!

Werner Enterprises
0
%
Doing nothing would be this company's favorite pastime, if they had the energy for it.