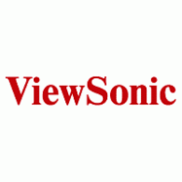 Having problems with ViewSonic?

We purchased A 40" ViewSonic LCD 1080adi HD tv from Frys San Marcos Ca Jan of 2007 at that time we also purchased a 3 year service contract. In Jan 2009 The power supply was going out! It took 3 weeks and calling every 5 days to get someone to pick the TV up.Had to ask for a manager. Was told it could take 4 to 6 weeks because they had to send it to ViewSonic OK I understood then Had to push for a loaner TV which was a 32 " Ok not real happy but better than no Tv. It was picked up March 3rd 2009. I called 3 weeks later to confirm that ViewSonic had recieved it, That took 3 phone calls every time different excuses computers slow server slow can't find it. Asked for a return phone call NEVER Happened.Finally was told after calling again and saying No I will stay on the line I want to know the statis of the TV That ViewSonic did have the TV and the Tech was working on it This was early April. Next call 3 weeks later same run around Finally they are ordering a Power Supply board. Never any return calls.Now 1st week in May after same excuses pushed to get update. May 1st power board ordered. Now you would think since this is a ViewSonic Service Center they would have the parts right. No! Why did it take at least 6 weeks to do that? Phone call to Frys on May 25th same old excuses again asked someone to ck and call me back!!! Waited Tues no call I called back Wed same excuses can't find the computer slow Ect all That I have been hearing for 3 months now, I asked for a supervisor to return my call. NOT I called on Thur. and Did get a supervisor for the first time was Nice and looked it Up GUESS WHAT were you not told the part is on back order and not expected unit JUNE 12TH . At this point I am LIVID but polite to him Said this is Un Acceptable I want a new TV This will mean at min 5 monthsto get the TV back if we are lucky. He agreed and said he would talk his manager (before taking it to the Store manager) and that person should be calling me back. NOT The Supervisor that I had talked to me earlier did call me back that night at 7:30 to see if his manager had called me back NO.There comes a point the Frys that TOOK our money for the 3 year service contract Needs to Step Up and Replace Our TV $ for $ on what we spent to begin With. They can fight it our With ViewSonic. 5 Months Is Far to Long for any repair. SOOOOOOOO It is still unresolved. But a warning to all customers out there.As we all know almost all stores are offering service contracts now their sales people are trained to do so. We also know the average of products that have to go in for service is maybe 2%. So they are making alot of money Ok fine we do this to protect ourselves on large ticket items. But when it comes to taking care of the consumer when there is a problem They pass the Buck!!! Not our fault while we sit out here without our product.So any one looking at buying a service contract(which I will do from now on Except for Sears ) Is always Ask if it has to go in for repair Where does it go? For this brand, have you had any problems getting the repairs AND HOW LONG HAS IT BEEN TAKING. I am sure the sales people do not know the answer But if they are good they will call their service dept and find out.I have worked in customer Service Off and on for 30 years and FRYS Customer service Sucks!!! ANY COMMENTS FROM YOU OUT THERE?

I bought a tv from Viewsonic and it too went bad fast and they had me pay a $90.00 return shipping fee> We had it 3 months! Then after they sent me mine back I opened it to see it was damaged! I called and was told me they were going to replace it with a "returned" unit. So they sold me a bad unit, broke my unit and gave me a damaged unit that has been fixed and then are "breaking rules" to give this to me. I was told this was the best they could do and I was lucky. If I was "lucky" I would have never dealt with them in the first place.

I will NEVER buy any thing form them again! Please tell everyone you know. To top it off the supervisors are rude!

Probably 6 years ago, I spend over $1600.00 on a new Compaq Computer and a 17 inch ViewSonic monitor, well the monitor had a $100.00 rebate. I completed all of the paper work, but made a mistake taking the paper work to work, in order to make a copy of all the paperwork! I then forgot that I had intentionally left that little bar code thing that I had cut out of the box, at home, and went ahead and mailed the original bill of sale and the rebate paper work, without the bar code. Well, I never heard from ViewSonic, and finally a few months down the road, I ran across that little bar code that I had cut out of the box, but figuring, that this rebate was for $100.00 and not for say $10.00 or $15.00, I figured any honest company would make an effort to get a hold of me, and inform me that they needed the bar code piece, but ViewSonic just kept the $100.00 or maybe an employee pocketed the money. I know I goofed, but you would think that a big honest company would not want this type of bad publicity?

ViewSonic in turn did lose out on some business, mine and some of my close friends and relatives! I just recently bought myself a new 22 inch Gateway monitor!

Based on this experience and user complaints I have since read online ViewSonic customer support is geared up to brush off customerâ��s problems rather than solve them.

In late October, my 3 month old Viewsonic projector died. Their website promises a replacement within 48...

After spending three sessions on hold waiting for someone to answer the phone, 150 minutes, 90 minutes, and 90 minutes, without getting through to anyone, I finally found a local reseller, even though I purchased the monitor online. So i'm paying them for their time to handle the warranty repair for me. I can only hope that it comes back to me, eventually. But from what I can find, I'm not hopeful. If it comes back in working order, It's getting sold.

I will NEVER purchase another viewsonic prodect EVER again. I have been a solid viewsonic customer in the past, probably spending in the neighborhood of 10K on their displays. purchased several Viewsonic tv's and monitors. Recently I have required service from them due to what a google search will prove as a COMMON ISSUE WITH THE 3250W MODEL LCDTV. This monitor has a defective PSU power supply board and WILL FAIL causing severe issues with the display eventually causing the display to fail to turn on. I have attempted to call viewsonic several times, I am actually on hold now as I type this, I've been on hold for 1 hour 30 minutes. Earlier today I was on for this amount of time until my phone died, causing me to switch phones and call again. I have typed 3 emails to support using the "online support" process - NOT A SINGLE RESPONSE. Whoever handles the call center and customer service groups for this company needs to be fired. BE WARNED - IF YOU EVER HAVE AN ISSUE WITH A VIEWSONIC PRODUCT YOU WILL NOT RECEIVE SUPPORT FROM THE COMPANY. To receive decent support from this company would be like winning the lotery - it's just not gonna happen.

I bought a Viewsonic projector in Sept. 2007. After 3 months, the lamp was dimmed, on the way out. In Jan. 2008, the unit totally failed. I got a RMA number and sent the unit back for service on Feb.18th. I had been waiting patiently for a month, but nothing happened. I checked their website but the status report on their website failed to work, saying 'RMA Status currently not available'. I started to call their service department in March. For two times, I talked to someone who was nice enough to tell me that the unit would be replaced, they would have that dispatched to me very soon. Well, nothing happened.

In April, I made the 3rd call, this lady who answered the call told me she would look into it. She even sent me an email to tell me a new RAM number. I checked the status with the new RMA number, surely enough, there was my unit displayed, but it said 'await arrival. 'What? It means my unit was not even received yet?!!

Frustrated, I called them again, and asked for speaking to a supervisor, I was then put on hold...

I re-called the place and a service rep called Peter said he would take care of the issue. Somehow I did not believe him.

I bought ViewSonic LCD monitor at Fry's on 10/14/2006 and mailed the rebate form with all other required document to ViewSonic Rebate in White Bear Lake, MN on 10/16/2006. Checked their web site for rebate status and it always says rebate not found. Called them a few times and they always said it was not the system. It's been 8 weeks and it is still in the system as they claimed it should be. I called them on 12/4/2006 and they said it might be lost in the mail and asked me to mail the form to them again and wait another 8 weeks for processing!

Never trust the ViewSonic Rebate. I am filing complains on BBB.

Circuit City (OXNARD, CA) had advertised a View Sonic 17" flat screen computer monitor at $229 with a $50 rebate so thought it was worth a look. Got to the store and to my delight the placard in the store advised there was a $100 rebate. After double checking with the sales associate that there was indeed a $100 rebate i bought the monitor for $129 +tax. I was given 2 rebate forms to submit to Viewsonic and did so the next day. Viewsonic advises only one rebate per household and they'll be sending me a check for $50. I requested the balance of $50 from Circuit City and they advised there is nothing they can do as the advertisement they found was $50. There is no proof of the $100 rebate the sales associate told me I would receive and there is "nothing they can do" ad nauseum. I advised the $1000 that I have spent in their store in the past year will, in the future, be spent at Fry's or Best Buy as they have lost me as a customer.

ViewSonic
0
%
Doing nothing would be this company's favorite pastime, if they had the energy for it.