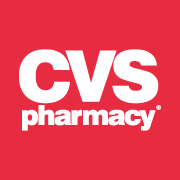 I got a phone charger cause I needed directions to move around, went to the restaurant where I could eat and charge my phone and it turned out the charger did not work.so I had to go back, and employees were super nice about it, they said I could exchange it and I wanted to try it out before I leave. They said it was ok to do it at the photo section, and it did not work again. So I returned it and went with more expensive one, but still needed to nake sure it works before I leave .I was not on anyone's way to print their photos.and then manager came to me and said I could not be charging my phone, without figuring out what happened. I find it unhumane, that was very rude and I did not want to stay there any longer. And I do not think people who work at pharmacy should be so unhelpful.i paid 31 dollars at cvs for that charger, I did not come with my own charger .I waisted my time going back there, and I did nothing wrong to deserve this kind of customer service.i feel for people, who work for her

Today 12/21/2014 was the worst experience I have ever had in my entire 24 years of life. I am a single mother full time student and after school counselor I often am doing too many things at a time. during my usual craziness I misplaced a few thing and was on the way to pic up my daughter and I walked out CVS located at 129 Fulton street. I was apprehended by security with brute force. Although I was complying and told him that I was in pain he continued to pin my arm in a way that caused me pain. The whole way in the store and to the basement I informed him I was in pain and he ignored me. This security didn't want to hear anything I had t say and continued to verbally abuse me. I told him that I wished to speak to my dad who was a cop or my lawyer he took my phone so I couldn't do so. he made me sign a paper and wouldn't give me a copy of it although I asked multiple times. I then called the cops because I wanted to file a complaint or press charges they tole me it was best if I left it alone or I would be going to jail. I can not be labeled a shop lifter a banned from CVS I will not take this sitting down. Or atleast that security needs some kind of punishment he cant talk to people with destain and disrespect or verbally abuse them no matter what he thinks of them.