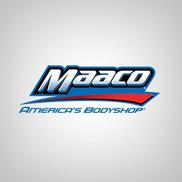 I am contacting your office to file a complaint against Maaco, Greensboro North Carolina, automobile body and painting shop, for shoddy business practices.

On May 8, 2008 we picked up our truck after trusting Maaco to repair body damage and repaint it due to an accident that happened in our driveway. The antenna on the truck had been broken while it was in their shop for repair. We were not told it was broken either before or after paying our bill. When, just before leaving, we noticed it I brought it to the attention of John. He said he forgot to tell us about it and that he would order a new one from Toyota, that it would take two weeks to get it. He said he would call when it came in.

When we brought the truck home and inspected it we found poor quality workmanship. The area between the truck bed and cab was poorly and barely repaired. The paint in the bed of the truck in places did not even cover the metal, and elsewhere the paint coverage was thin. The repair to the side of the truck was also substandard; it is wavy where repaired. We are asking that the repairs be made properly and that the painting be brought up to an acceptable standard.

We never received a call from John regarding the antenna either. I called Maaco on Thursday May 22, 2008. When I asked John about the antenna he stated that "this must be it right here in this long Toyota box and proceeded to pretend to open it, stating that the antenna was a power antenna and ours wasnt, that he would have to return it and order another. He called me back and said hed ordered it, that I could come in on 5/28/2008 to have it installed.

This lie, the poor quality of repair and painting of our truck makes me concerned for any consumer who trusts the Greensboro, North Carolina Maaco franchise. Please file this complaint accordingly.