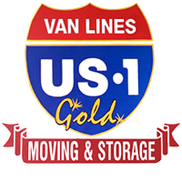 Having problems with US-1 Van Lines?

ComplaintsBoard.com is not affiliated, associated, authorized, endorsed by, or in any way officially connected with US-1 Van Lines Customer Service. Initial US-1 Van Lines complaints should be directed to their team directly. You can find contact details for US-1 Van Lines above.

Use this comments board to leave complaints and reviews about US-1 Van Lines. Discuss the issues you have had with US-1 Van Lines and work with their customer service team to find a resolution.

Worst moving experience ever!!! Do not hire this company!!!

1. I was told my stuff would come within + / - 3 days of the date i wanted it delivered considering we did the flex date with the moving truck. Worst decision ever - my stuff came over 2 weeks later than expected.
2. In addition to being late, when i called to ask them about my stuff for the first week and a half they were super sketch about my stuff and would not tell me where it was. It didn't even leave miami until a week after the my stuff was supposed to be delivered.
3. Instead of apologizing for being late, the company and driver were super uncooperative with when to deliver my stuff. I was just starting medical residency and had moved into my place a week before it started. I had orientation the thursday and friday after i moved in - guess what - they wanted to deliver one of those two days - the two days i had specifically told them i would not be home all day. They stressed me out as i tried to figure out what to do. On top of that, they were unreliable with their timings and when they would deliver. They told me that the delivery works on their schedule not mine. Very very unprofessional.
4. In addition to the contract charges, when the driver came to deliver the stuff he demanded an additional $500 for labor and renting a truck. We were not told about these charges and he proceeded to tell me these were legal charges weather the company told me or not about them. How do you do business if all the charges are not clear from the beginning.
5. Their customer service is horrible, unprofessional, unethical, and some of my stuff was damaged - mostly furniture, probably not handled or stored correctly.

Overall this company should not even get 1 star - they should have a negative rating. We went with them because initially they were the lowest pricing and were nice. At the end of the day it cost the same as any other high end moving company - your money would be better spent elsewhere. You want to know what they told me - on pick up we are nice because we want the customer to be happy. This is not true for delivery.

I would recommend paying a little more and moving with another company, because this one is not worth your time or worth the headache. They will make your life miserable.

I paid half up front ($ 2600.oo) and they picked up my HOME furnishings and went to my warehouse to pick up...

I arranged for the movers to be at apartment in Atlanta on July 28. I told the sales department I needed a full pack move. Theyarrived on time but that is the only thing good I can say. When they arrived they were totally unprepared to do a full pack because their paperwork did not reflect that. After 5 hours they left and I continued to pack for another 3 hours because they had no more materials. on July 25th I provided the Sales Department with an address and available move in date of August 10. On August 6 I had not heard from them and called. I left several voicemails until I finally got the sales department to physically get someone in shipping to talk to me. I was told that their paperwork had a delivery date of August 16. I rechecked the paperwork I signed and the date of August 10 is clearly noted on my copy. I could not be at my apartment on August 16 so we rescheduled for August 20. After I did not hear from them regarding my stuff, I started calling and was told on August 17 that my stuff was still in a warehouse because they did not have a truck. The General Manager (Lisa) told me she was trying to find a truck driver and would call me back on Saturday. I waited until Saturday afternoon and started calling. Lisa did not work on Saturday and never returned my call I called all weekend. The phone recording says they are a 7 day a week company - but they don't answer the phones. I was finally told my stuff would be on a truck on Friday or Saturday the 24th or 25th. I was called on Saturday morning and told my stuff was on a truck and she gave me the truck drivers name and phone number. When I had not heard from the truck driver by noon Monday the 27th I called him. Instead of the truck coming west, my stuff was in Maryland and will not be delivered for another 4- 5 days. They are not apologetic, all they do is make excuses. I do not understand why the BBB can give a company an A rating when they continue to get the same complaints and the answers are never acceptable to the people complaining. I am anxious to know now if all my stuff will make it here and the stuff that makes it will be in good shape.

I JUST HAD THE MOST HORRENDOUS EXPERIENCE WITH THIS COMPANY..
All the good ratings this company has are a joke. They are probably the ones who give themselves a good rating.
This company puts up a front as if they are nice and reliable especially the sales guy TOMMY who calls you and emails you consistenty before moving, but once there is an issue he ignores your calls and even hangs up on you. The owner/ manager LISA and DAVID are the most scathing and insedious people I have ever encountered. Unprofessional cannot even begin to describe these scam artist. They give you one quote and then hike it up double. These people are bullies and use your furniture as means to intimidate you. WHEN YOU CALL THEM ABOUT THE HIKE IN PRICE THEY IGNORE YOUR CALLS OR GO EVEN AS FAR AS HANGING UP THE PHONE ON YOU.

the drivers/ movers don't even do the right job and then expect a tip..

My experience with this company was TERRIBLE from start to finish. First of all, they originally gave me a pick up date with a window of 4 days. They actually showed up to pick up my stuff two days later than the window they gave me. They also showed up 6 hours late, which destroyed my traveling schedule, and did not bother to call me at any point during that 6 hours to let me know that they would be late. The company representative told me, when I contracted them, that the move would take 7 to 10 business days. However, they did not arrive with my belongings for 24 days, and when I asked the driver why the rep had misled me, he shrugged and said, "They say whatever to get the job." The driver who delivered my stuff was the most incredibly rude man I have ever met in my life. He and his assistant dumped all my boxes upside down on the floor, with absolutely no regard whatever for their contents. Two thirds of my furniture had scratches, dents, and dings on it. When they brought in my mattress, they ripped off the cover that I owned without asking if it was theirs or mine. When I told them I had payed for it, and it was mine, the driver asked me, in an exasperated and petulant tone of voice, "Do you want the money for it?" It was clear he thought I was being an ### for being offended by his behavior. The console of my expensive electric treadmill was cracked. All of the boxes were somewhat crushed, but the ones labeled "Fragile" were especially crushed, as if it had been done on purpose. I believe that this is the case, as I had been calling them repeatedly during the two extra weeks after they promised that my property would arrive, trying to find out where it was, and whether or not they would keep any of the promises they had made to me. They did not. Do not believe anything this company tells you about their service--they do not live up to any of the promises of their advertisements. I would not recommend this company to anyone for even the most basic short move. I am only thankful that this nightmare is over.

This is a horrible moving company. They showed up to pick up my stuff from the house 2.5 hrs late. They then tried to charge me almost $200 more than the price I was given on the phone for packing my furniture, when it said in the contract that that was included in the price. The mover was extremely rude and not helpful at all. I had talked to the sales lady on the phone and was promised there would be no additional costs as long as I stayed within the allotted space, which I did.

The company then gave me a very difficult time over when they would be able to deliver my stuff. I had told them the day I needed it but they threatened to not deliver my things if I could not find someone to be at my new apartment 2000 miles away 2 days earlier than I was supposed to be there, JUST IN CASE they arrived early. Otherwise they would charge me $300/day if they got there and no one was there. Once the truck finally arrived at 9:30pm, the movers gave me 2 of the wrong boxes and only realized it when I told them they were not mine. My TV had a huge crack in it and they broke the post off of my headboard. They also put a dent in my nightstand. The final item they brought in was my mattress, however, it was not my mattress. It was someone elses stained mattress in a different size than the one I had put on the truck from my house. They lost my new, $600 mattress and they refused to take the wrong mattress away. Finally, we forced them to put it back on the truck. I have STILL not heard anything from the company after calling multiple times as to where my mattress is.

NEVER EVER do business with this company!

US-1 Van Lines
38
%
This company is on the right track to keep up with incoming complaints, but there's still plenty of work to do.

Most Discussed US-1 Van Lines Complaints