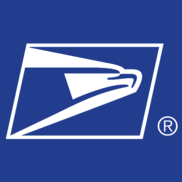 fraud and corruption at usps

One of Priority mail pieces sent to the US was undelivered returned to me after 4 months (opened, resealed with USPS tape, contents intact, with comments such as NIXIE, RETURN TO SENDER, UNABLE TO FORWARD, been sent to USPS MRC Atanta only 10 days after I mailed it, so it was sitting somewhere for 4 months past Atlanta?). The tracking record had some comment to DESTROY it actually, but 4 months later, all opened up and resealed it was finally returned to me. It's very confusing why are they doing all this?

I mailed it Priority again after verifying the delivery address, availability, awareness of the recipient etc. After some weeks it got stuck around NYC past the infamous ISC NY, where it was headed for (the recipient in the NYC area with a very simple amnd easy to find private house address). Long story short. I complained to the USPS and they expressed apology that my mail has disappeared. It's not the first time, so I sent complaints to important places including DJT and informed the USPS that I am not giving up and that I have invited investigation and audit of the USPS.

Weirdly enough the tracking record for my item has became removed from USPS website and now only the following text in red font is showing up "Status: Label Created, not yet in system" (perhaps they are sending it back to me again?).

What's even weirder that my USPS account has been removed and or my password was changed. The USPS password recovery no longer works, and it did work before!

Ever since around 2009 (or a bit earlier) there's something really sinister going on at the USPS and if this was some poor Third World country i would just block it, but the US? Internet is teeming with concerned posts about mail disappearance, severe multi-month delays, or other weird events on the USPS side, both internal and inbound international.

The problem ZIP code is 10703. Perhaps this zip is especially corrupt or useless? As they don't seem to want and to try and to be able to deliver anything to this zip code, even when a phone number is added to the envelope with an already easy street address (private residence without any confusing elements such as apartment numbers). The recipient at this ZIP code confirmed having huge problems with mail and USPS acting unprofessionally.

Dear US citizens, please get together and press your government to audit, deeply investigate the USPS and do it now, before you lose it.

Consistently (at least 2 dozen times in last year) we have received other people's mail. We know most of our...

My wife mailed a pkg. to California several months ago, It was damaged in transit and we had to call to give permission to repackage it. It took over a month to get there.
Over a week ago my wife sent another Pkg. to California. A week later we received notice that the pkg. had been destroyed in transit. We got the box cover and shipping label back with a customer service phone number so we could get a reimbursement.
I called the 1-800 number and was told I would have to wait 45 min to 1 hour. I waited 2 1/2 hours and still wasn't able to talk to anyone.
What is going on, damaged packages and extremely poor customer help?

not searching for my package.

I ordered an item online. According to the tracking information, the package was in Jersey City then it was 'incorrectly sorted" and sent to a post office in Illinois then to a post office in Tennessee. It finally "arrived" on Saturday (11/10/18) at 3:17 PM. I have not received the package nor have I been able to get anyone one the phone at the local post office. I wanted to find out where the delivery person put it. When I called the 1-800 number, [protected]) I have to wait for more than an hour. In the meantime, I still do not have my package!!! The tracking number for my package is 92748909840842583008904371. Although the item did not cost a lot, it its mine and I want to know if it has been stolen or misplaced and I want my money back. The item is a cardigan and it cost $21.99. The post office that is near me is located at 369 Martin Luther King Dr. in Jersey City, NJ.

(1) This is an ongoing problem. The letter carrier stuffs the main in very tightly and usually catches one or...

My great aunt sent me a package containing a wood sculpture that was handmade. Before I opened the box I saw multiple wholes and lots of damage to the box. When I opened it, the wood sculpture was in pieces. Now we are trying to put the pieces back together because she didn't make a second one. It's truly frustrating that this is how people handle our people's packages. This isn't the first time I've had a package delivered that was broken and not from the same location.

My only complaint is that I am usually on hold for 1 - 2 hours waiting to speak to a representative. They...

the company as a whole

This company is [censored]ing [censored]. They don't care about people's packages. They have [censored] customer service at their local facilities. The clerks don't know anything and give out wrong information when asking about missing packages. I ordered something from china to come to my place of business and they attempted to deliver it once on 10/2/2018 and then said it couldn't be delivered due to address being incorrect or some [censored]. I go to the local us post office and they state it's on a truck rj be delivered today. That was on 10/03/2018 and 10:15am. I wait all day and then go to check the mail at 8pm and to my surprise not a damn thing in there like the clerk stated. I check my email and what do I see an email from the post office stating your package has been sent back to the sender at 10:38am. So not even 10 mins after I leave the local facility does it go back. I didn't receive the email until 12:10pm that day. So even if I wanted to be able to find my package I couldn't. This company sucks and I hope no one uses them. They lack so much as far as customer service skills and knowledge about people's packages it ridiculous. If it was me I would've never used to post office to receive this package but since it's coming from china I don't have a choice. This isn't the first time i've had this issue. I've had this issue 3 times. It's only when I order something to come to my place of work do I have this problem. I thought maybe this time it would be different but I should not expect anything but [censored]iness from this company. I hope someone contacts me about this issue.

I was going through a nasty divorce and had moved. I changed my address from my original house to my new...

2 roommates: 1 with a ehite last name and 1 with a latino last name. Guess whos mail is always on the floor...

Be informed that there was no effort at all by usps nigeria to deliver package with tracking no: cb152231475us to addressee at specified location. The claim that addressee not available to receive is incorrect because there is always a personnel assigned to receive packages at the stated address 24/7. If usps nigeria can not deliver, should please return to sender and refund shall be claimed legally in due course.

waiting for my sleep apnea equipment .don't know if package was to be delivered by truck/mailman. mailbox i...

In February 2013 I relocated from Beaufort County, South Carolina to Queens County, New York and required an immediate postal address to receive mail. For several years the General Post Office at 164th Street was a reliable source for receipt of important documents, e.g. Department of Social Services corres-pondence on which I relied for income and support. That is no longer the case.

In May 2018 the New York City Department of Social Services sent documents to recertify my benefits. When I failed to submit the documents that office sent a phone text regarding the delay to respond. I inquired at the post office about missing mail in June, and today (June 28) was told at the 'Pick-Up' window there was no person assigned at the Post Office to handle my complaint. The customer service person took my name and phone number and said they'd call if a further search discovered any additional mail.

Previously in early June, when told that mail is held for only 30 days then returned to sender, I deposited at this same office a #10 stamped-envelope, addressed to:
Shawn Anderson
88-40 164th Street GPO
Jamaica, New York 11432

I have yet to receive this mail.

What recourse do I have to rectify this problem. Is General Post Office still a reliable means for postal deliveries?

Late October 2017, I received packages via USPS.
Unfortunately, my husband's mother's 100+ year old hedge clippers were taken the same day.
We are both surprised and dissappointed.
The person taking MUST have know the value of the clippers. Both financial and the user's value being priceless.
Clippers were made of long metal blades, large wooden handles.
One can instantly they are quite old.
They are one of only two items my husband received at time of her death. He has a lot of memories with these antique clippers.
I know it has been a few months, however, to whom should I have addressed this issue. It's not like it's posted where the customer knows it is. Please try to help me find these clippers.
Thank you, Wanda Worley Roland

not receiving my parcel packages

I've been told by my local po that they will no longer deliver parcel packages to my rural address, even...

United States Postal Service [USPS]
1
%
Doing nothing would be this company's favorite pastime, if they had the energy for it.