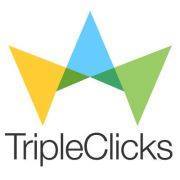 Having problems with TripleClicks / Carson Services?

Yesterday they suspended my account. I might say there was no reason for this and it would be the truth, but...

tripleclicks.com — Unethical behavior of company , close account without any proof

My name is Faizan Qayoom i joined tripleclicks before more than 2 years and i was working there as a eca owner . my eca name was Dynamic ltd on Nov, 19th i try to login my account but no access when i contact with support they reply me that i have violated their policy the first reply was this mention below Your account has been detected as violating one or more of the following policies: 1. Using the same payment option on several accounts. 2. Logging into multiple accounts. 3. Maintaining (collecting daily VP, etc., ) on several accounts. 4. Any type of fraud/collusion We do not allow this. Anyone that does not have a way to make payments, need to purchase TCurrency from a LocalPay Merchant. All participating ECAs are listed in a directory of LocalPay providers (http://www.tripleclicks.com/ECA/LocalPay/Directory.php at TripleClicks. Additionally, all products at TripleClicks that offer LocalPay as a payment option are specially flagged to let you know at checkout that you can pay directly. ECA TConnect pages will sport LocalPay designation for participating ECAs as well. Also, ECAs may advertise that they are an officially licensed LocalPay ECA to prospective buyers. Thank you, Kendra TC/SFI Support Team Show original message after that i reply Thanks for reply. Kendra i am just working on one eca from long time you can see my joining. and i dont know what is vp collection. i just run an eca store i dont know what are you talking about others options. and i am eca owner plus tcurrency seller. from their first reply company is just saying i do fraud but without any proof i have lost my money in account and now they are showing unethical behavior because they are not replying me from last one week which is showing i am not fraud even they are fraud my money and my hard work. please help me thanks. my tripleclicks account email is [protected]@yahoo.com

I have created account on Carson Services Inc. I have used it within a year and there were no problems. But once I tried to log in and I couldn’t do it. I got the messages that I needed to provide ticket to support in order to resolve the problem. I submitted the ticket and the customer services still have done nothing. I emailed them couple of times, but they asked me to be more patient and that’s was all. I still couldn’t log in.

Purchased bids back in September 2010. Won 4 substantial gift cards in Sept and early Oct. Waited patiently for a couple of months before I started sending emails and making phone calls. They pretty much ignore all emails, but each and every time I call customer service (joke), they flat out lie about the problem and then lie about when I will be receiving my winnings. At the moment, their customer service phone number is not even going to them. In my experience, they are completely fradulent. I just want the money I paid them back, as they have not rendered the service they took my money for...

I can't believe I was lured into joining Bidsauce.com, but actually, I can — because of their misleading tactics.

I joined Bidsauce.com yesterday because I am a Mypoints.com member, and received an email from Mypoints about earning additional parts for signing up. When I clicked on the email, nowhere did it explain how Bidsauce worked. When I saw that Bidsauce was being compared to ebay, it interested me, as ebay has become a disappointment as of late. Also, I saw the reviews you included at the bottom from Wired, New York Times, BBC and other companies, which I later found out were all false and fabricated. Again, no explanation anywhere about how the site works, but a registration form only. So, I signed up thinking that I'd get to read about how this works on the next page. Instead, the next page was a form to purchase your bid boxes.

Now, only after I purchased the bidbox did I recognize the scam. Classic "Bait and Switch." It was even more apparent when I got to see it in action.

I called the customer service department this morning and the representative I spoke to denied that Bidsauce made claims it's compared to ebay or that it has anything to do with mypoints.com. (I have proof of the email as well as the misleading and false website to get you to join.) In addition to this, the representative told me that it's stated in the terms of service that all purchases are non-refundable, BUT the terms of service only comes up AFTER you purchase, not BEFORE, like it should. The customer needs to know all the details before they are tricked into registering.

I'm interested in pressing a class-action suit against them so that they don't continue to scam other people.

Bidsauce — Took my money and did not recieve purchase until 6 months later!

In October of 2010 I purchased or "won" a gift card for $50.00. I paid for the card within a few days as well at the $6 plus for shipping and handling. After 3 month went by, I had still not received my gift card. I called in and I was given one excuse after another. I was even told that the only way I could sprak to a "manager" was via chat (instant messagging). I was promised that I was receive my gift card very soon. 2 more months go by and again, I had not received the gift card nor a coutersy call from their office. It was not until I threatened to take legal action, contact the BBB, and exhaust all other remedies was I promised that my guft card would arrive within 2 weeks. 1 months later it was sent to me. Horrible customer service, Horrible business!!! Do not purchase "bids." The money that you spend on bidding on a item, even if only it for $1.50, is 3 x what it would cost you to but the product in the first place. I spent $100 on bids for a $50 gift card and then had to pay another $6 for shipping and handling. Rip Off!!

BidSauce is set up to make you believe that you are going to be able to bid on items for pennies. You are...

Beware of this fraudulent online site!! My husband died only four weeks ago and I sold my farm and moved to ia to be near my son and family. I went online to bidsauce to register and bid on a tv that I need, as mine quit. I did not know that they would put through a charge for $149.95, and when I saw this on my bank account, I was so upset, because I do not have very much right now. I could not reach anyone at the customer service, and when I clicked on the contact button on the site, nothing comes up. They should be put in jail. Dont fall for this scam!! I am an elderely widow, and should have known better, so don't fall for this crooked company!!!

Bidsauce.com — I will never fall for another deal like this again

I feel cheated and misled. It was billed as a penny auction. I bought a bidding package for $85.00 which gave...

They took 149.95 without my authorization. I have made several efforts to contact them by email and phone...

TripleClicks / Carson Services
40
%
This company is on the right track to keep up with incoming complaints, but there's still plenty of work to do.