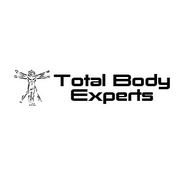 Having problems with Total Body Experts?

I recently purchased, 2 14 2021, a Stages SC3 exercise bicycle from Total Body Experts. It has been an awful experience and the bike has not performed as I was promised it would. There has been no success at all in dealing with the company Stages that manufactures the bike or TotalBodyExperts whom I bought it from.

The key feature of a spin bike is the quality and feel of the spinning of the wheels. As fabulous as this bike in ways (outside of the spinning of the bike) what happens when the wheel spins is the problem.
The facts. The bike cost is $2690 retail, I paid 2350$.
1) I spent a lot of time on the phone with Aly, the TBE sales person, I made very clear to her my need for a quiet bike for home use. It is meditative time for me and I like the bike quiet. I also wanted the most comfortable bike and stable because I run or stand at times. I wanted the best bike I could find. I could find. I mentioned testing a Hoist LeMond and found it noisy.
I described my current spin bike (a Vision 700) and the prime reason for trading up was the shushing noise of the break. Second, I wanted smoother control over the resistive force. She promised and assured me multiple times that this was the quietest, best bike on the market with excellent control.
2) The box was severely damaged on delivery and the delivery man wouldn't take it back. Some damage, minor cosmetic.
3) The manual was really badly done and helped little with assembly and operation. I had to work and find on-line videos to solve early problems. Waste of my time. Nowhere in the manual did it mention there bike should not be put on carpet or that the cams that you engage for the seat and handlebars has to be pushed tightly to properly engage. I thought they were loose and it wasted more time to figure this out.
4) Once I pedaled it, as delivered, the first impression were that:
A. it was loud,
B. the second was a slight vibration (due to belt design) through the ball of my feet,
C. when standing to pedal there was a distinct thudding effect as the belt engaged and reengaged.
5) After numerous discussions with support where they said it was carpet and I put boards under it and then tried it on tile, there was no difference in performance. Again waste of my time. Also, why would they sell a bike known to have problems on carpet? Are all owners expected to remodel their houses for the bike? Did they think everyone has a solid gym floor?
6) They sent technician to adjust the belt. By making the belt tighter it developed a pronounced vibration through the soles of the shoes. It got significantly louder. On the plus side the ‘thudding' sensation from standing did go away. Basically, the bike went from bad to worse.

This means that the quality of the spinning is poor.
The support personnel then said the bike is performing as designed. Live with it or return it with me arranging all of the shipping costs and paying a 25% restocking fee (when I ordered it the contract had a 20% restocking clause if I simply had buyers remorse, which I don't, and nothing about shipping - from the conversations I expected they would pick up getting it repackaged picked up and shipped.) It was inferred that there would be no restocking fee if the bike didn't perform as expected. It is being returned because it doesn't perform as promised. I expect to get a different one and this isn't about the cost of the bike.
Failure to meet the conditions of our ordering contract.
I then went and rode the BodyCraft SPD and the Echelon EX-5s. Both were very quiet, no vibration, no thudding. I feel that I was lied to by the sales and support personnel. Because they lied, they should pay and arrange for the shipping and forgive any restocking fee - because the bike was not as advertised and discussed. They are also responsible for the incredible waste of time on my part and their part.

They then suggested I get a different bike that cost 500$ less, pay the shipping (when it was included with the first) and pay for them to box up and ship the bike back and the restocking fee - meaning the new $1900 bike would cost me $3500. I viewed this as adding insult to injury.
In talking with the salespersons supervisor, and trying to negotiate a viable solution, he said the bike was designed that way, by people from Schwinn which I did not know in advance, he said they wanted a 'road' feel' . The salesperson likely knew this. I told the salesperson I didn't like the Schwinn for the reasons I am unhappy with this bike. She knowing steered me towards the worst bike they offered for my needs. He would never have sold me this bike given what I told her.

I am asking that they come pick up the bike and refund my money. They lied when they sold it. I strongly suggest not doing business with TotalBodyExperts or Stages.

Ordered a Stages bike in March to be delivered in April. When the bike arrived, it was not functioning...

I unknowingly purchased a used treadmill from this company (their secret "alias" on eBay i...

Total Body Experts — need a refund for a broken machine

I placed an order with TotalBodyExperts on October 22 for two cybex arc trainers. They are all there and...

Total Body Experts
Doing nothing would be this company's favorite pastime, if they had the energy for it.