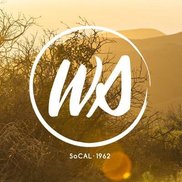 Having problems with The Wet Seal?

ComplaintsBoard.com is not affiliated, associated, authorized, endorsed by, or in any way officially connected with The Wet Seal Customer Service. Initial The Wet Seal complaints should be directed to their team directly. You can find contact details for The Wet Seal above.

Use this comments board to leave complaints and reviews about The Wet Seal. Discuss the issues you have had with The Wet Seal and work with their customer service team to find a resolution.

Like others expressing their horror stories about the company, I too had a very bad experience at Wet Seal...

I purchased a coat with CASH at Wet Seal to give to my daughter for Christmas. After getting it home we...

The complaint has been investigated and
resolved to the customer's satisfaction
Resolved Wet Seal — Return Policy, no exception for damaged mercahnidise

I have to post a complaint about this company, because I promised them that I would. I purchased a coat from...

I went to the wetseal store on a wedsday night. When I walked in there were 3 girls working doing thing...

I bought two bras at this store for my daughter and they did not fit right so a few days later with the tags still on and in the bag I brought the items along with my receipt and attempted to return them and have the items credited to my account. I was told they did not refund bras and that it was written on the bottom of the receipt which it's not. Then the next manager I spoke with said I should have been told when checking out about the return policy which I was not told. There are NO signs in the stating anything about this policy and still they could do nothing and I"m just out this money. I was willing to accept any type of exchange to no avail I was given the 1 -8000 corporate office # which is just a bunch of recordings after a 25 min. wait of loud music only to be told to leave a message. So I called again asked the person working the front desk for a number of anyone working the customer complaint dept. and I was told she was not allowed to give out that type of information so what does that tell a person! This in no way is customer service!!!Trust Me I'll keep trying to resolve this problem ...

So, I decided to buy three pairs of jeans off of Wet Seal's online store. I was extremely excited to receive the jeans. They arrived, and I opened the package to find that there were only two pairs of jeans. I wasn't charged for it, but I was a bit annoyed that I had been waiting a while to get the jeans. However, I tried on the other two I had ordered. They were a bit tight, and I decided I needed a size larger. I folded them up and put them back in the packaging.

A few days later, I went to a local mall to exchange my jeans. I walked into the store, asked if I could exchange my jeans for store credit (because I found they didn't have the jeans I had ordered) and the girl behind the counter said yes, and told me to look around to decide what I wanted to buy with the store credit.

I found a pair of jeans and two shirts that I wanted, and returned to the counter. The girl who had been previously waiting on me was gone, and another one took her place. I walked up and gave her the jeans I was exchanging. She gave me a few dirty looks, but I'm used to it, being constantly judged, because I'm a teenager. She was ringing up one of the pairs of jeans I was returning and she ripped the tag off. I figured this was just the procedure or something, as I had never bought from the store before.

She looked at the floor and found the tag. I breathed a sigh of relief, figuring she would realize that SHE had been the one who had ripped the tag off. However, she proceeded to tell me, in an incredibly rude tone, that I must have done something to the tag, and therefore I had worn the jeans. I told her that maybe the tag was loose and came off when she had pulled on it, and she just kept denying it and accusing me of wearing the jeans and then returning them. I obviously hadn't worn them because the jeans did NOT fit. She told me the jeans were wrinkled, and I explained that that was because they were folded in the bag. She wouldn't have it, though. She shoved the jeans at me and gave me a very sarcastic 'Sorry' and gave me my other exchange and then called the next customer. Needless to say, I will not be shopping there ever again.

The complaint has been investigated and
resolved to the customer's satisfaction
Resolved Wet Seal — You pay for a discount card and they send you an expired one and then ignore you.

On May 1st I placed an order with WetSeal.com for several tops and items. I was offered a "Seal Deal" card at...

The Wet Seal
50
%
This company is on the right track to keep up with incoming complaints, but there's still plenty of work to do.