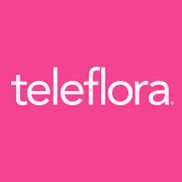 Having problems with Teleflora?

I placed an order of flowers with Teleflora to be delivered on Valentines day. The order was made 2 days prior to Valentine's day. I had to personally called Teleflora on the night of Valentine's to confirm if the order was received by my recipient. However, nothing was delivered. I had to call many times to complain about the situation. The Teleflora supervisor had done nothing for me and said that I will not get my refund until they can find out what's going on with the order. Valentine's day is now over! Sadly is that nothing was delivered and I still haven't gotten my money and nothing was done about this!

I will never buy from Teleflora again. I would strongly suggest you do likewise. What was delivered bore little resemblance to the picture on their website. For example: Instead of 13 large carnations, it had only five small ones; the vase was not the one shown (instead of the snowmen shown, the "Let it Snowman" arrangement came in a vase with Santas); there were no peppermint sticks, although seven or more were shown in the picture; and the entire arrangement was several inches shorter than the one advertised. It almost looked as though someone "raided" the original arrangement to make another one. What a rip off !!

They said I allowed substitutions in my order, but, in fact, I never saw a place to disallow them. When I e-mailed them to complain about this product, the quoted their substitution policy, which says in part: "... our experienced florists will ensure that the style, theme and color scheme of your arrangement is preserved and will substitute only fresh flowers of equal or higher value..." What a pack of falsehoods! They did none of that.

After much haggling, they agreed to refund 35% of my purchase price. If they were worth a damn, they would have replaced this shoddy product with the one I ordered.

My advice: Stay away from this crummy firm and tell all your friends and neighbors to do the same.

This has been a nightmare, brought to me, by Teleflora.com! NEVER again! I ordered flowers online the day...

I ordered my flowers online on May 2 (the money was taken out of my account right away) for delivery on...

My complaint is... I ordered a valentines gift for my mother through teleflora.com because they were the only one that stated they could deliver it on that day... If they could not delivery on that day it should have specified like other companies and not just take your money!

The money was taken out of my acct and no flowers were delivered. This was very important to me because of my mom being sick and other things, besides the fact I wanted to show what she meant to me.
Teleflora ruined mine and my moms valentine... Because now 2 days later my mom is trying to help me find out why this was not delivered. Nice huh?

I have sent them 6 emails!! And have called many many times only to get a recording or the phone just goes quiet after a minute. We are going on day 3 and have heard nothing at all... I am very upset... Very!

Teleflora
0
%
Doing nothing would be this company's favorite pastime, if they had the energy for it.