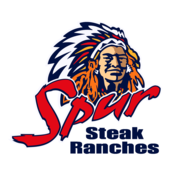 Having problems with Spur?

ComplaintsBoard.com is not affiliated, associated, authorized, endorsed by, or in any way officially connected with Spur Customer Service. Initial Spur complaints should be directed to their team directly. You can find contact details for Spur above.

Use this comments board to leave complaints and reviews about Spur. Discuss the issues you have had with Spur and work with their customer service team to find a resolution.

Last night we visited spur daytona in suncoast. My family and I just decided to have a few drinks and relax...

A certain family was allowed to sit on the tables that have signs that due to covid 19 regulations rules no one is supposed to use this table. Two tables where combined and we where blocked. The manager also removed a chair from the table that was on our far left. Covid 19 rules not followed at Spur Savannah. I even had to leave early as I was not enjoying my meal. Talked to the manager and she just gave us a lame excuse.

21/11/2020 Spur East Randmall non-COVID compliance regarding a 1.5 year old child. According to the NAtional...

This Saturday I was at spur it was my son's birthday I took a few kids and 2 friends of mine. When it was time to pay I asked the waitress "Phumzile" to bring me the bill The bill was R1160 and I gave her R50 tip, I told her I was going to use my card for payment so she went to take the speed-point then I had to take my son to the toilet I left my card with my friend trying to avoid delay when she made payment she gave herself R100 tip. I ended up paying R1260 and I did not receive the notification while I was still at the store because my phone was off, only saw this when I was at home. This has to stop and I would appreciate feedback.

My husband and I including our two daughters decided to have supper at the Spur at Middelburg Mall in Mpumalanga on 13/11/2020 at about 18h30. From the time we decided where we'd be seated, we were stared at by the white manageres/supervisor as if we were thieves coming to rob the store. Not once did she come and welcome us or ask if if everything is okay, not a single welcoming gesture received by this person that's supposedly there to ensure that customers are satisfied. She just kept on staring at us making us feel extremely uncomfortable. I'm absolutely appauled by the level of service received by this person. As for the person at the till/paypoint, no greeting from her as well. She was just as unfriendly. She only handed my husband the speedpoint without a single 'hi' or 'bye'. My family and I will never set foot in any of the Spur restaurants in Middelburg Mpumalanga as this was not the first bad experience from the Spur restaurants in this town. Our waiter however was superb, the level of service provided by him was excellent.

It was exactly 8:40 I went to spur in phalaborwa. The staff was sitting on the down on the tables busy...

On the 4th of Sept 2020 I visited your branch in Eastgate mall to celebrate my birthday. We ordered Full...

Good day Management of SPUR   On Saturday, 15 February 2020, we were at the SPUR at Greenstone Mall. While...

Yesterday upon a visit to spur in Westgate mall mitchells Plain. I ordered a waffle. Had to wait more than 45...

I am sending this email to lodge a formal complaint against the operations manager at Little Creek Spur...

On Wednesday the 22 of January I picked my neighbour up in George at the airport and on the way home his wife...

A month ago I booked my daughter's bday party, she never had a party before so she really wanted one now, I...

On Sunday afternoon 01 November 2019 I visit your guys Heiderand branch, with my entrance at the branch the...

The complaint has been investigated and
resolved to the customer's satisfaction
Resolved Spur Corporation — cockroach having lunch with us...

We went to Spur Eagle Wing for lunch on the 7th Dec 2019. As our food arrived, I witnessed a little cockroach...

On the 30th of October 2019 at around 20:35 I came to spur with my wife and 2 kids to eat dinner after attending my kids concert, upon entering the spur in Bloemgate109 Van der riet street Brandwag as we not attended immediately we walked in to get a table so long knowing that someone will attend to us which was not an issue, before we even sit down a waitress walked to us from the direction of the kids games inside, when she tried to speak to us there was a manager by the name of princess who said, they just walked away when I was trying to assist them in a very unprofessional manner which was not true and she then walked away, we were then left with this lady waitress who was very polite but she was shocked to her Princess who is the manager talking to us like that, and she remarked to say, she is manager she can't speak like that. I tried to be calm, but my wife said this is very unacceptable let me go and speak to this lady. She went and Princess didn't want to entertain or listen to what she had to say and became to be very rude while customers were there as she came back (my wife) to tell me that this lady she is very rude and has bad attitude. I decided to go to her the manager and speak to her, she assisted other customers to take payment when she was done she then said to me I can now speak to her. I told her that her behavior its unacceptable as we are customers and she need to respect us, she started interrupting me raising her voice that we shouldn't think if we are customers we can oppress her feelings that's not going to happen, as well added that my wife attacked her which was not true. I then decided to take her name as she told me she is Princess and I asked for her surname and she said I can't ask for her surname and I said because I am going to report this, furthermore I asked who does she report to and said to me with ATTITUDE, I don't report to anyone and ask her so do you own this place and she said yes I do. I then decided to leave AND go back to our table and told my wife and kids that we should leave as we can't eat at place that we are not welcome and we Left. I drove almost 16, 5 kilos to get to the spur to get an appalling service and I had to drive extra 5, 8 KILOS to go to ROCOMAMAS and spend R700, 00 for dinner of which I could have spent at spur. This Manager doesn't respect customers and doesn't deserve to work for spur as she doesn't live by the values of SPUR which I always support due to great food, has place for kids to entertain themselves, she deserve to be fired. Investigate this matter and provide me with feedback and as well apology in writing from spur management and reimbursement of my cost while trying to support SPUR, contact me Thabo [protected]

I bought 600g ribs at spur in secunda today, when I got home those ribs are not well prepared, I couldn't...

Ek en my Pa was n uur terug by dessert wolf spur die ontvangs was reg twee bestuurders was by ons tafel. My...

2nd time in this Spur, poor service from waiters. Seems there is not enough waiters. Waiting to long to take...

I first contact Spur customer care on 14 August to sort this problem out. After receiving useless explanations I phoned on 16 August, only to be told the problem would be sorted and my points awarded to the right card, but that it takes 30 working days. Well I am still waiting, and have sent more emails with no response or action. The query number is CRM:0010341. I am tired of following up on this and feel that the service I have received is unacceptable. Please check back through the emails sent for the correspondence in this matter, as I shouldn't have to repeat myself AGAIN.

HI my name is Isabell van Zyl. I'm trying to help the Smith family from Benoni to raise funds for their...

Spur
29
%
Not bad, but could've been way better. This company does respond, but not as often as you'd expect them to.