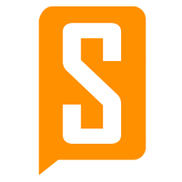 Having problems with Sodahead?

ComplaintsBoard.com is not affiliated, associated, authorized, endorsed by, or in any way officially connected with Sodahead.

Sodahead — They deleted all the accounts!

Sodahead was not the best site but it was quite useful. I had an account there but one day I noticed that my...

sodahead is supposedly a opinion site where users can post questions and polls . last week with no advance warning or information, users were suddenly locked out of the site. they claimed they were taking it in a new direction. thats fine, but there was a lot of personal information, graphics, pictures and videos that belonged to the users. we have no access to the site to remove our personal info. the alleged owner, jason feffer has not been forthcoming with any information to concerned users. sodahead has violated its own terms of usage in regard to the people who used the site for yrs..this is out right theft. and it appears sodahead is still using profiles of those who are locked out to generate votes on polls.

SodaHead.com claims to be an opinion Site. That claim has been taken over by a certain group of Liberal...

This is a very bigoted website. They are the segregationists and frauds of the internet. Contrary to what...

Sodahead.com — Avoid this one at all costs

I was at first impressed by the look and functionality of the site. My political leanings are Democratic Liberal, and I would call myself among the growing religiously unaffiliated. My opinions on sodahead we more often than not met with derisive ad hominem (name calling). I get the impression there is a concerted effort by right wing extremists to put down, even stamp down opposing viewpoints. Rather than insightful dialogue, most responses include childish pictures, animations, and cartoons of the type you would expect if you were on one of those mindless "birther" email lists. The users seem to have multiple sock puppet accounts, and you can tell because they use the same profile pics, with predictable variations on their usernames.

I was on for one week, hated what sodahead.com was turning me into, and finally requested that they deactivate my account. The wingnuts can have sodahead, if that is their little clubhouse to put down Obama, etc. There are better, more professional Q&A type sites. Try quora.com.

I went in and deactivated my account on SodaHead. I first got on it, to deal with the Israeli-Palestinian issue. Then they invited me for other topics. That is when I started to realize, I could not stand it anymore. They were so hateful towards Muslims, when they were people who never met one. They despised Obama with a passion, not what they disagreed with about his administration. Richard Nixon was a martyr framed by the Democrats. Gays and lesbians were equally hated. You could even find racist and Anti-Semitic remarks on there. America was being driven under by Muslims, gays, and Democrats. It was basically nothing but a hate site. I got off of it, and am I am glad I did. It was just nothing but a waste of my time, and the people on there were so bitter, it was sickening to hear from them.

I went in and voluntarily deactivated by account with SodaHead. I originally got on it to deal with the...

Sodahead.com — Stay away from this one

Vitriol, unsubstantiated diatribes and posts threatening the President make Sodahead a site for users to avoid. Advertisers would be well advised to take a good hard look at what the insides of Sodahead are before signing on. For deep within the Sodahead walls lie users full of hate, bigotry, anger and insanity. Those that disagree will be vilified and shouted down. Keywords of the Sodahead site include "libby", "filth" "ignorant" "###" "gullible" and "idiot". To make matters worse, the Obama bashing comes fast and it comes furious. No good words are said about the President. Those that try to defend Obama are defiled. Effigies of Obama as a Nazi are allowed to linger on. Racial references of the United States President, veiled and unveiled, are posted on and on and on. Threats have been made. News is manufactured. With each passing day, with every new post, Sodahead becomes scarier and scarier and scarier. Sodahead has become scary to the point that I voluntarily deactivated my account. Clearly Sodahead has lost its mind and has lost its vision. That many of these users may be a member Sheriff Arpaio's Posse would not be a surprise. That said… this girl knew when to get out of Sodahead and this girl knew when to get out of Dodge!

Sodahead.com — This site is definitely the worst place to visit now

Let's face it, there are left wings and right wings in this site. None will go independent or non-partisan. I'm a radical centrist, so why bother going to this tainted orange soda website? Look, I hate democrats, republicans, liberals, conservatives, so they don't seem to care that we're suffering a financial crisis. I really want the tax cut plan destroyed. The plan is to make deficits, not jobs. When Bill Clinton was president even though he sucks as well, everything was great. Then Walker Bush came by and ruined everything. Obama made it even worse. The point being is there's a reason why not to be in any affiliated parties even while making opinions on this hellhole.

They seem to blame Obama for everything, that's good, but now they're shocked that there's a shooting at Virginia Tech? Their campus is a gun-free zone and the campuses at the UNR as well as the UNLV are allowed to have CCWs. I love gun rights, I love having domestic partners/gay marriage, but why not have abortions and death penalties? Sheesh, can a guy have both views from two sides?

This site is definitely the worst place to visit now. I believe they are making changes for awhile after I joined up. Looks like it's Facebook for opinions. It's time to get back to Love-vs-Hate. Hey, I can express my thoughts whatever I want. It's a free country, right?

Sodahead.com — Sodahead is the default home of left-wing bias and propaganda

A diatribe of the deranged, Sodahead is the default home of left-wing bias and propaganda. The unoriginal hack spewed forth by its leftist users goes unchallenged as any user not in lock step with their screed will find themselves censored or banned. It is nothing but unintelligent vitriol and regurgitated talking points for elitists. The socialist rhetoric is matched only by their sheer level of socio-political ###ation. Bat guano shows a higher level of cognitive functioning than the moderators at Sodahead. A quick Google search for Sodahead bias will show just why this site barely achieves one star. The chipmunk on my porch is more entertaining and far less insulting than the mindless drones that frequent Sodahead. If you are an unthinking follower looking for a queen then this is your hive but for everyone else, it is a site to be scorned and mocked for being so deliberately embarrassing to such a degree that a walrus would be more fun and challenging to debate. In the end, this site proves that liberals make great pets but lousy site designers.

Sodahead.com — No reason given, no response to your emails for explanation

It is a right winged site and if you don't hate Obama, women's rights, and if you aren't a Christian, you get deactivated. No reason given, no response to your emails for explanation.

The right blocks you from commenting and then attacks you on your post. There are some great people there, but more sock puppets, constantly being created by the staff and the right to come in and attack the left, and nasty sudo Christians. Hypocrisy runs amok on the site and the owner and some staff are the worse abusers.

Sodahead
Doing nothing would be this company's favorite pastime, if they had the energy for it.