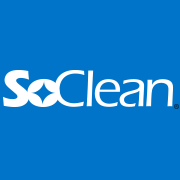 Having problems with SoClean?

ComplaintsBoard.com is not affiliated, associated, authorized, endorsed by, or in any way officially connected with SoClean.

So clean was made aware in april, 2020 that use of the machine would void the warranty on resmed machines. They did not pass that information on to the consumer. They refused to take the machine back or refund the $300. In my opinion, the company is dishonest. In fact, emails from the company state that a refund was made, and the machine was returned. That was also not true.

I opened the lid on my SoClean2 to insert my mask for cleaning and the lid would not lock close. The plastic latch molded into the lid was broken. Wrote email to Cust. Svc. and was told they have no replacement parts and the machine would have to be replaced. Out of warranty carries a $199 replacement fee. I paid $300 for the unit new.

Phonedfrom Canada on Dec.30 to order a machine. Called number from website [protected]. spoke to Julie or...

I purchased a Soclean 2 device on Friday 9/27/19, based on your advertisement which stated "Fall savings of $100 off, Soclean 2 plus free shipping, use code FALL, limited time only, Final weekend." In the body of your on-line purchasse document, you also indicated 3 - 5 day free delivery. I needed the unit on or before 10/2/19, so I paid a shipping fee of $19.99. My Order statement came on-line and I reviewed it, and noted that I only got a $50 promotion discount not $100 as advertised - why? And, my delivery time will probably be 3 days or over - why did I have to pay a premium of $19.99 for special shipping if 3-5 days shipping is advertised as free?

Purchased my first soclean unit about 2 years ago. Within about 6-9 months I bought a second one. Shortly after the first one failed, I called the company, went throuigh a rather bogus check list and they agreed =my unit was bad and sent a form (label) to process. the fee to ship was about $35. I got a replacement witin about 3 weeks (new unit). Soon after this original unit went bad, the second unit failed. That too they went through the bogus check list and agreed to replace. This too cost about $35 and took a few weeks to complete. On both units, I was informed that the replacement units I received we reissued a new 1-year warranty.

Within the last year, both units failed within a few months of each other and currently dont work. When I called about the first unit failing again (around March of 2018), I was confronted with another bogus process. We they asked is my light on, I said yes. They asked is the fan (motor) running, I said yes (same as previous experiences). I explained abo9ut the smell being not normal as usual as well. But this time, they said my unit was working fine. I expalined this was the exact failure as the previous units and they refused to service the unit. I asked if they could look at the unit if I send it in. the response is they will not accept any unit without a claim number. I asked for the claim number aqnd they refused. I was dead in the water. So I contunued to use the device since they verified in their own way it was working but eventually got extremely sick, lost almost a months worth of work and was under a doctors care. Once I stopped using the machine, and switched to the other one I had, my illness slowely recoved. In the Summar of 2018 the second unit failed just like the others. I was refused service. Both units were under the updated warranty when I tried to get them serviced. I feel totally ripped off by this bogus company. I am over $700 for two units plus about $100 in extra filters and $70 plus dollars in shipping costs. I ended up buying Respify units and have work great with no failures.

Ordered so clean 2 on 12/29/2018 for mom after not receiving unit a week later I check my account it showed no order I called to complain after 2hrs on hold I called the credit card company to stop payment and canceled order because my brother got her one on01/11/19 I received a package from soclean I called soclean and got an rma# 33115 and sent the package back with out opening it they received it on 01/18/19 on 02/08/2019 citi bank sent me a form confirming that soclean sent the unit to me I said yes but sent it back and that they already received it I have called customer service 6 or 7 times about the refund I was told today 03/13/19 that I would have to wait until april 14 2019 for an answer why? You have the unit you tested the unit even tho I never used it or opened the box

SoClean — I want a refund, not the item

Who can give me a prompt explanation why you sent back the machine I wanted to return? I sent it because it...

SoClean
25
%
Not bad, but could've been way better. This company does respond, but not as often as you'd expect them to.