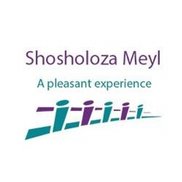 Having problems with Shosholoza Meyl?

no service train stuck at klerksdorp since last night

Waited on Potch for 5 hours for train, then train went to Klerksdorp and there we are stuck. manager told us there is something wrong on the line and busses will be arranged if lines are not fixed. Now 6 o clock in the morning the next excuse is that the unit is faulty and the driver refuse to go anywhere. The busses must still come from Bloemfontein. No busses available from Johannesburg. The service is a joke. There is no flippen service. We are suppose to be in Worcester in 6 hours, but still standing at Klerksdorp, what a joke.

I am complaining about the train shosholoza meyl that keeps on delaying and we are now stuck we're not even out of jo'burg it's tiring.

Shosholoza Meyl from Gauteng to KZN is stuck in the middle of nowhere and it really is delaying. We are going...

I booked two tickets from Potchefstroom to Cape Town travelling 22 June 2018.
When. I booked my coupe I request to be placed near the dining car for I had a foot operation. That was not done.
I'm a pensioner but paid for 2 tickets in full to be placed in a coupe for my privacy is most importend to me.
On !Kimberley station at 4h00 in the early morning we were walked up to tell us we must leak e the train and get into busses for the electric cables was stolen. It was freezing cold.
First on the bus I had a very over weight lady sitting next to me.. it was very uncomfortable, specially with my sore feet. I could hardly moved. So, I lost the extra ticket I bought.
I'm a diabetic and need to eat every three hours..
The first time we could get of the bus was at Beaufort West to get some coffee and refreshments.
The driver of the Big Sky bus did not commit icate with us to tell us he is not going to stop again for refreshments.
Luckily some co passengers shared their food with me not to fall into a coma.
This trip definitely was not a pleasant experience but a nightmare.
We arrived in Cape Town at 19h30 on Saterday night. Exhausted, thirsty and hungry. This was not something I would ever want to go through again.
I demand two complimentary tickets in a coupe in Tourist class during the month of July to show your gratification to your customers.
I await your urgent reply
Susan Chatburn
Cel [protected]

In paarl, western cape(huguenot station) it has now become difficult or almost impossible to do train...

Stay away from Shosholoza Meyl

I transported my goods from Johannesburg to Cape Town using the Shosoloza Meyl train service in June 2007. n the process they lost my television set. On my arrival in Cape Town I was very disappointed & filed a claim. The claim was authorised for payout, but I am still waiting, 27 months later for the money to be reimbursed .

After all the inconvenience they have caused my the least they could do was communicate why it is taking so long as I was informed that the payout was authorised. I was in contact with Flora Tjale who works at transnet & she just ignores all my request for feedback wrt the claim payout.

I am now in a position where I dont know what to do anymore!!

So as a warning to all passengers who is thinking of transporting goods via the train, I just wanted to make you aware of this.

Shosholoza Meyl
0
%
Doing nothing would be this company's favorite pastime, if they had the energy for it.