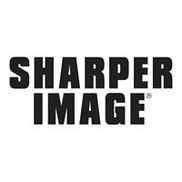 Having problems with Sharper Image Corporation?

I would like the transaction/order to be cancelled, full refund of $930.60, and any bank fees incurred resulting out of this unauthorized transaction to be paid by the merchant.

The pillow wasn't comfortable at all

I purchased foam pillow from the store www.sharperimage.com. I wanted to present it to my hubby. But after one night on this pillow, my hubby woke up and told that he had horrible pain in his neck. I tried to sleep on this pillow and it was so uncomfortable. I wanted to return the pillow and get the refund, but the seller hasn’t emailed me back. I don’t want to deal with this company anymore.

Unlike most customer service friendly e-retailers, Sharper Image has a policy of only accepting one gift card per order. If you received a couple of gift cards (supposed to be as good as cash) and wiish to purchase an item that is mrore than any single gift card, be prepared to dig into your pocket. I was very curtly told by customer service that this was their polcy and I should check their website. It is unfortunate that Sharper Image is so short sighted, as this is one consumer who will never shop with them again.

Purchased this from Shop NBC, stopped working, called SNBC & was told to contact SI, it had a one yr warranty. An they couldn't exchange it. I have STOPED SHOPING WITH THEM.
I spent a week getting no were & being given a # no one ever answered.
Saw a newer version of this product on HSN. I purchased it, along with the warranty in Nov. it also stopped working after 4Mo's. Called HSN, there returning my money.
Loved the Oven>>>>>>hate there C-Service.

I now have TWO OVENS THAT DON'T WORK!

This company extorted an additional $7, 000 from me int he middle of project and now has not paid their subcontractors so I am getting liens put on my home, but I paid Sharper Image Remodeling/Bob Graf in full over 4 months ago. He is a thief and a liar and should be put out of business as he appears to have been doing this to more and more people.

I contacted The Sharper Image company as I could not find the oven on their internet site. They responded...

I purchased the Sharper Image Literati as a Christmas present for my wife in November. We received it and it we used it for a day and then it simply would not turn on again. After a few calls to the Sharper Image customer service department, they simply said to return it and get it exchanged. So I called up ShopNBC and was informed by the customer service person that I should follow the directions on the enclosed invoice regarding returns. I also verifed with her that I could do an exchange and that the item was currently in stock, she replied yes to both questions.
I then prepared to return the package, took it to my local postal service company and paid $24.24 to have it shipped back for an exchange. I waited the recommended 5-7 business days before checking the status. It was received by the vendor on 1/14/2011. I then waited the recommended 15 business days for the exchange process and after not hearing called up ShopNBC and was apologized to for the delay and after being put on hold for 5 mins, the CS rep came back on and said it was received and that the refund would be processed within 5-7 business days. I was confused by this because my instructions on the enclosed return was to do an exchange. I was told by him that this particular vendor did not process exchanges and if I wanted to repurchse the item I was welcome to do so. The options were to wait the 5-7 business days for my refund and then they could reprocess the order for a higher price, and then do a credit which again I would have to wait the alloted 5-7 business days for. (it amazes me how fast they can get their money from me, but I have to wait...wait...wait for them to process a refund which should happen immediately.
This process has been very frustrating as this was a gift and my wife has gone without it long enough. If I had known that this particual vendor of ShopNBC did not process exchanges on defective prodcuts I would NEVER have purchased it to begin with. There at least needs to be clarification upfront of this process, especially on electronics and something as expensive as this. I feel misled, lied to and ultimately very upset with this whole process.
I have gone round and round with these people and have not been offered any compensation or resolution except to have them process a refund. I will purchase another ereader device from another and more trusted site. ShopNBC is a scam company and apparently does not care about it's customers.

When Sharper Image closed their doors for good and decided to have this fantastic sale well, I decided to go take a look. They did have a semi decent going out of business sale and I bought some things. I did notice a sign that stated all sales were final but I didn't expect this to happen. Well, 3 of the 4 items I purchased that day were damaged. These items were sold as "brand new" not "damaged". I returned to the store and explained the problem but was told "no returns/ exchanges". I made phone calls, talked to a few people and was told the same thing, "all sales final". I explained that if I knew these items were damaged I wouldn't have purchased them and that they should have been marked thus. Blank stares and no help. They knew what they were doing and it was wrong. I still have these items and every time I look at them I think how could these people sell damaged products! Well, crooks are crooks and will do anything for a buck.Sharper Image and the liquidator of this crap (I wish I knew their name but am sure the bank had something to do with it) got their money but to me they scammed me and stole money from me like many others I'm sure.

I purchased 3 of the digital camera's with camcorder from avon about 2 weeks bdfore christmas on the...

actively pursued to put my purchases on Sharper Image credit in the amount of $273.80. When the bill came in late January, I called to pay over the phone but was told there would be a $15 charge, so I mailed it. Approximately 3 months later, I received a bill for the same amount plus late fees. I called Sharper Image and was told my account was closed. Since then I have

been receiving bills that now amount to

have written to the corporate office in

March, but never received a reply. Today, I received a call from World Financial Network Bank stating if I

didn't pay I would be sent to "recovery"

tomorrow. They suggested I call Sharper

you back to their bank. I have tried

Sharper Image on the internet. A large

black screen is displayed that promises "something big" is coming soon

and gives a link that takes me to my email sign in page???? Other phone

Financial Network Bank will not try to help, only repeating they intend to ruin my credit if I fail to agree to their terms today! I have a cancelled

check in the exact amount of my purchases which has written on the back,

my accout # PAID IN FULL. Also, I hold

several hundred dollars in gift certificates plus an extended warranty

for a stereo system for a store that is

now defunct and seeking help in the courts for relief! WHY WEREN'T CUSTOMERS NOTIFIED AND WHY DID THEY

NOT GIVE ME CREDIT FOR MY PAYMENT AND WHY ARE THEY NOW HARRASSING ME FOR MORE?

S.I. filed bankruptcy in Feb 08. I had a camera replacement agreement purchased prior to BK. I contacted SI in May 08 to see if they were going to honor replacement guarantee. They indicated they would and provided an RMA UPS shipping label to return the damaged camera which I did. They indicated we would receive the new replacement camera in early June when they received a shipment. When I didn't hear from them by mid June, I called them at which time they told me they would not be sending a new camera and I would have to file a claim with the BK court. So now they have my camera which they refuse to return and will not honor their commitment which was made AFTER the BK filing. I think that probably constitutes fraud.

They cheated me on a merchandise certificate

I later found out this is totally false and they most certainly could have honoured my certificate, but why should they when they can hide behind the law and continue to make a profit.

They told me to keep calling for updates, but that's only a run-a-round. Their latest "news" was that they would honour my certificate, but I had to spend twice the value! So in order to use my $106.00 credit, I have to spend $212.00!! That will never, ever happen, I would never give those crooks another dime and I hope you won't either.

After paying several hundred dollars for these machines that are later discovered to be producing dangerous levels of ozone in my home I then find out that to make these “health threatening” machines safer I have to pay out an additional $39.99 (PER machine) for a grid devise that Sharper Image says should fix the high levels of ozone they produce.

This is an insult to consumers who shelled out hard earned cash for these machines.

Could auto makers have made car owners pay for the parts after they lost a lawsuit over faulty parts noted to pose a risk to consumers? No, they have to issue a recall or offer to fix the defective part for free. So how has Sharper Image managed to get by with being ousted for making an air purifier that emits dangerous levels of ozone, noted to be harmful to our health, but they do not have to pay for the part needed to make their product safer for their consumers?

An itchy throat and uncontrollable cough happened to my whole family. So I tried running the Ionic Breeze in my bedroom for about 8 hours before going to bed tonight. I turned it off right before going to bed because I noticed an instant itch in my throat when walking into the room. I am typing this after 1 AM because I cannot sleep due to itchy throat and coughing so I decided to do a Google search on this stuff and it brought me here. We have been running the IB for about 4 months now and it DID need to be cleaned because it removed a bit of dust from the air. But during that time my poor 2 year old son who slept closest to the device in the hallway had developed a very bad cough and asthmatic symptoms and needed to be taken to emergency one night and put on puffers. I am so [censored]ing pissed off by this; I can’t begin to tell you. We should create a class-action lawsuit against Sharper Image.

Sharper Image Corporation
0
%
Doing nothing would be this company's favorite pastime, if they had the energy for it.