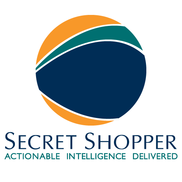 Having problems with Secret Shopper?

ComplaintsBoard.com is not affiliated, associated, authorized, endorsed by, or in any way officially connected with Secret Shopper Customer Service. Initial Secret Shopper complaints should be directed to their team directly. You can find contact details for Secret Shopper above.

Use this comments board to leave complaints and reviews about Secret Shopper. Discuss the issues you have had with Secret Shopper and work with their customer service team to find a resolution.

They pissed me off by calling me over and over again. I have no idea of how they received my phone number, but for the past 5 weeks, I regularly get annoying evening calls from them. At first, I politely asked them to stop and get me off of their list, but they never stopped calling. Please stop this harassment or I will assume the serious measures

I got the email and check from the company www.SecretShopperInc.com. These jerks offered to work for them and provided the fake check. I understood it, when I tried to deposit this sum to my account, but the rep in the bank told me that it was impossible. I tried to reach them, but all my emails and messages were ignored. I have no idea why they provided this ###. Please, share your views about this company.

Delware Secret Shopper Network sent me letter with enclosed check and notified me about possibility to wark as secret shopper for them. I had to cash in check send most of the money via western union and keept the rest to myself but when I was at bank I was told that check is fake.

Secret Shopper — do not give this company your ssn

Do not give this company your SSN! I signed up for a shop and when I had completed the shop, I tried to log in and do my report. But my ID no longer existed. I still had hours before my report was due but they sent me notice that I had not done the report and was locked out.

SO I signed up another family member to be a 'secret shopper' with them. (Did not give their real SSN, they don't verify it anyway). The day her report was due, BAM she's locked out too because she 'did not complete the shop'.

I think they are using the site to harvest SSN's. At any rate I would steer clear of them.

I was recently a victim of Fraud via Mail. On Oct 10th, 2011 I received a job opportunity offer to work as a...

Sometime back I had written about a scam called Master Research Inc., a company that swindled money from people by promising them employment. Those who fell for the scam were given to understand that they would be working as secret shoppers testing the payment mechanisms of large shopping malls.
They had gone underground, it was believed, when the going got too hot. Now, it seems, they have resurfaced after a name-change as Secret Shoppers Inc.
Sign that the scam was alive and kicking were received last week. Nancy Timmerman, after responding to an employment ad in the local paper, received a job offer from a company calling itself Secret Shoppers Inc.
Part of the job, she was told was to check the effectiveness and efficiency of Wal-Mart’s money gram facility. For this, the company sent her a check for nearly $2, 700 drawn on Pioneer Federal Credit Union, Nampa Branch.
She was told to cash the check and then send part of the money using Wal-Mart money grams back to the company.
Nancy confessed, for a moment she was almost taken in by the scam. She was out of work and desperately looking for a job. Under such circumstances, the company and its job offer looked so legitimate. Then, she had heard about such scams operating in the internet world. It took time for her to realize such scams can and were being run in the ‘real’ (read offline) world too.
She took the check to the Nampa Branch of the bank. They told her the check was a fraud. In fact, over a week they had collected three more such checks, two of them very similar to what Nancy had on hand.
Nancy wished others will be alerted by the incident:
“I just want people to know about this because I don’t want some else to be sucked by it that’s as desperate for work as I am”, she said.

This company sends out fake checks and asks you to cash them and quickly wire the money to a recipient overseas. DO not deal with these people! They are a big scam!

secret shoppers are real but some ads are fake I was charges twice within 2 days of access the website.
Ameriplan healthcare discounts is really GOOD! www.myhomebusinesspays.com/40677939 This actually works. If you want to have a stay at home job. People will contact you everyday to help you make money and you also get the healthcare services.

I was signed up with Secret Shopper whom is in association with Surplus Supplier. I called Secret Shopper to cancel within the 10 days as informed (2-3 days) and was given a confirmation #. Not knowing they were not going to also cancel with Surplus Supplier; even through I never signed up online, never received anything or made any type of contact with them. But yet they charged my account for 4 months.

Secret Shopper
50
%
This company is on the right track to keep up with incoming complaints, but there's still plenty of work to do.