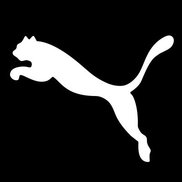 Having problems with Puma?

ComplaintsBoard.com is not affiliated, associated, authorized, endorsed by, or in any way officially connected with Puma Customer Service. Initial Puma complaints should be directed to their team directly. You can find contact details for Puma above.

Use this comments board to leave complaints and reviews about Puma. Discuss the issues you have had with Puma and work with their customer service team to find a resolution.

I bought one of your white shoes 6 month ago from Dubai online and I thought this is a big brand and it's gonna last with me for at least 1 year but unfortunately this was not the case after around 6 month use with some other sneakers and now it already collapsed and I can't even wear it any more and I was really disappointed as I thought if I paid a lot of money in such a good brand I wouldn't have to worry about throwing it away so soon
And I need a compensation for this really bad material and bad experience with puma
Mobile number : +[protected]
Whatsapp number: +[protected]
Email address: Nehal.[protected]@gmail.com

I have bought a pair of Puma couple month back from tbe mall at durban.

First it tore by the toe part on the both sides.

Now the puma sign is starting to come out on the shoe. Seems to be a poor product from puma. I buy alot of puma stuff, this is the first time this has happened.

Please sort this out as i paid money for something which i can use anymore .
Please contact me on my email:
Roxanne.pillay.[protected]@gmail.com

I made a visit to your Puma store at Tanger Outlet in Riverhead Sunday, June 28th and there was a line to...

I am a 71 year old veteran golfer who plays approximately 75 rounds per year. I purchased a pair of Ignite...

I bought a Puma Shoe from London, UK. I live in Australia near Sydney nowadays. In the last couple of years I hardly used my shoe for 10 days. Now the upper part of the shoe looks very good. However, the downside is breaking down automatically. Please see the images. Rather than giving a public review, I want to share it with the company to rectify their problem & provide a good service to their customers at this moment.
Email: h.[protected]@gmail.com

Hi my name is Elena Can about two weeks ago I bought puma tennis shoes from jc penny and I noticed the shoe...

Right trainer at the back of foot has sharp piece tht sticks in back of food it can't be seen but u can feel it's sharp and sticks out. The trainers are a year old but have only been worn 5 times so I can't return to shop.
Please see attached photo ehich shows area in shoe which has made my food bleed.
Please contact myself on

I bought a white Puma T-Shirt at Menlyn Mall on the 29th September 2019 the T-shirt was still in it's plastic bag, so I didn't see if there was maybe something wrong. As I left the mall on my way home I stay in Nelspruit Mpumalanga, I opened my bag to check my T-Shirts I bought then I saw the white T-Shirt has a cut in front and at the back, so I called Menlyn mall and the said they can't do anything for me I must bring is back. But know I must drive 3 hours just to return a T-Shirt ?? My email [protected]@gmail.com

23 emails, 5 Messenger Messages, 10 twitter messages in addition to speaking with a litany of customer...

I have always bought puma rugby boots for my husband as these have always been most comfortable. These are not cheap and therw has not been a pair that has not broken.in the ladt 19 years we have purchased a pair a year.. All broken. This year my husband has asked me to look into a different brand. From a loyal puma customer, this has surprused me. Times are however tough and we cannot keep buying new shoes due to them breaking.

Hello, while at the swimming pool this evening (6/8/2019), the strap came out of my right flip flop almost causing me to fall. These flip flops are relatively new and I had expected more from Puma. I have two pairs of flip flops and I wouldn't be overly confident in using my other pair. My email address is [protected]@yahoo.co.uk

I would appreciate a response from Puma.

Many thanks in advance.

I recently purchased this backpack and only used it twice. On the second use the zipper fell off and the...

We bought two times basket shoes for our kid. The first one was broken after 2 months. As our boy liked to get the same shoes, we bought a second one just before our holidays. After 5 days, it was completely destroyed while brand new (look the sole is not used at all). This is not acceptable to get such pour quality product for a brand like Puma. By this claim, we ask for the refund of one pair for the full price of 49 eur.

I bought the tight on the 5 May 2019 @ 13:29 everything came to R3010, i paid with my debit card, I worn the tight once on the 7 June, my friend told me that the tight is torn, I phoned the store on the 21 June and I spoke to Sam who advised that I must bring the tight back, they will speak to the manager in charge, I asked my friend to take it back for me, the manager in charge by the name Leroy refused to change it, he told me that the tight has been washed, I told him that it was never washed, I worn it once it must have been the manufacturer fault or the material is not a good quality, I have bought couple of tights which it never gave me problems but only this specific one, I am so disappointed with the service that I received from the manager, I told him that i lost the receipt, he told me that he can't assist without the receipt, but i paid with my card, which i believe they can trace the receipt on their system, but they were unable to, the purchase is not even 3 months old but it's untraceable, not sure which kind of people get assistance because I have witnessed most people been assisted with their similar problems but I wasn't, or do I have to know anyone in order to get help, I would like this to be looked into as this is unacceptable, I have paid a lot of money for something that only lasted a day. I need my tight to be exchanged or refunded

Hi
I purchased your above product recently. On my first use they ripped on the front toe section after only a couple of minutes of play. I've almost always worn puma, with the P Kings being my No. 1 boot of choice for years. These current boots were a massive let down.

I tried to return them to the store but they have directed me to contact you directly regarding replacement or remimbursement.
Looking forward to your reply
Regards
Ciaran

HELLO,
My name is Corina and I am from Romania. I bought a pair of sneakers from Istanbul last month and I wear it maximum 6 time. The issue occurred at sole from the first wear.
I can not go back in Istanbul at the store to make a complaint and to request money back because it was a vacation there. My friend also bought an identical pair same day, same store at the same time and she have the same problem. I think the issue is at this model not at costumer use. I look forward for your support and answer
Kind regards
Corina Buganu

I ordered these sneakers for my son on March 3 and received them about a week later. Upon trying them on my son loved them. They looked great. I was going to order them for my older son I liked them so much. I'm glad I didn't!! I started to notice the sides showing wear very quickly. The more days that past the worst they got. I was so upset as we have never had a pair of sneaker have such a short life and be such an embarrassment in school! He doesn't even wear them everyday. Weekends at his dads he wears his other sneakers and has been wearing slides in the nice weather. So this is unreal!! I bought him new sneakers today and have realized I should reach out to show my dissatisfaction in hopes to somehow have it remedied or at the very least report them problem as defective!
I am including photos and my purchase order. Please let me know anything that can be done.
Thank you.
Heather

Puma
17
%
Not bad, but could've been way better. This company does respond, but not as often as you'd expect them to.