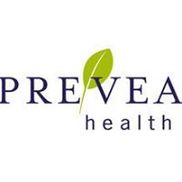 Having problems with Prevea Health Services?

I am a 65 year old male who had a yearly physical on 1/6/21 with Dr. Mildenberg. It was my first (and last) physical with him as I had been a patient of Dr. Strungs (a phenomenal doctor). Prior to my exam I mentioned a shortness of breath and wheezing concern. During the exam the doctor neglected to even check my breathing until after he was done and I asked him if he was going to... this has always been a standard procedure for a physical and I was shocked that he would overlook the heart and lungs. He also failed to have me undress and did not test my testes. It was a very substandard exam and at my age this is quite concerning.

Today I was turned away from Biolife where I give plasma because of a letter Dr. Mildenberg had sent over due to their need for a yearly update on sleep apnea. The issue had nothing to do with my sleep apnea, but rather unrelated issues which I feel violated my HIPPA rights. They told me they had never received so much information and assumed my entire chart had been sent including information that Dr. Mildenberg had not been a part of.

I am extremely upset with his unprofessionalism both in the exam room as well as in sending information I had not signed a waiver to be disclosed.

I was required to assign a PCP this year for my insurance. I chose Dr. Cupino in Lena as his is the office we...

They do nothing but waste your time and money. I saw Dr. Dana Carroll on 2 separate occasions. The first time, I came in stating that I was coughing so bad that I was vomiting and it was very hard to breathe and I was having severe back pain. I was in & out in under 10 minutes. She told me I'm probably allergic to my cats. Turns out, I paid 2 out of network providers to tell me I was having severe asthma attacks and I had 3 dislocated ribs because of it.
Second time, I was confident I had an ovarian cyst but she insisted I had appendicitis. I had no other symptoms of appendicitis and KNEW that's not what it was.. My blood and urine tests even confirmed that. She suckered me into thinking that a CT scan would show the ovarian cyst if it were present so I went ahead with the CT scan. She called me (aside from the CT scan, a $700 phone call - AFTER insurance!) to tell me everything looked healthy so it was an "unexplained pain". As it turns out, I again paid another out of network provider perform an ultrasound and tell me it was, in fact, a large ovarian cyst that had ruptured. My out of network doctor got to see that the CT scan was never even done on my pelvis so there's no way she could even see that even after she told me she could. She said I had a healthy uterus and ovaries, but those 2 organs were never present on the CT scan. Weird. I will never go back to another Prevea provider, even considering I hit my deductible for the year. I'll happily go to another hospital to receive real medical care when needed. I've filed a complaint with the State of Wisconsin as well.

My son has been sick and hasn't been in school for over two months. He has stomache pains, headaches and vomits at least 5-8 times a day. We have seen his doctors and they have referred him to a Neurologist before he sees a Pediatric Gastro specialist from The Childrens Hospital (Milwaukee) but here (near where we live) in DePere, WI. Prevea Health Network employes the only Pediatric Neurologist available but will not except my child because of my past ability to pay previous bills. I had been "termed", as they put it.These bills were excused through bankruptcy in 2007. I had become disabled in 2000 and my medical bills had piled up thus forcing me to file. None of that information was necessary to explain because it is the fact that a medical facility would refuse care at all is the point and a suffering child at that. My disgust overwhelms me.

I had a routine pap and pelvic exam. I have had these exams for years and never had to pay anything for any...

Prevea Health Services
40
%
This company is on the right track to keep up with incoming complaints, but there's still plenty of work to do.