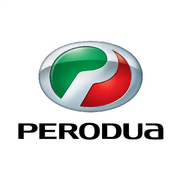 Having problems with Perodua?

Perodua reviews first appeared on Complaints Board on Mar 4, 2009. The latest review Tyre lug nut not tight after car service was posted on Oct 24, 2021. The latest complaint Paint peel off was resolved on May 11, 2014. Perodua has an average consumer rating of 2 stars from 23 reviews. Perodua has resolved 7 complaints.

ComplaintsBoard.com is not affiliated, associated, authorized, endorsed by, or in any way officially connected with Perodua Customer Service. Initial Perodua complaints should be directed to their team directly. You can find contact details for Perodua above.

Use this comments board to leave complaints and reviews about Perodua. Discuss the issues you have had with Perodua and work with their customer service team to find a resolution.

I went to service my car on October and I did request to check something that produce sound somewhere below the engine. The mechanic had open the tire to check the problem. Approximately 1 week after that, I heard a weird sound below the engine. I went to nearby workshop and the mechanic had check it and found that the lug nut or wheel nut did not tight. It can cause harm to the me if I ignore the sound. This is serious matter, please take better action to the worker.

Perodua — Repairs after the accident

My car Perodua Axia VCG1455 still not completed the repair of body after the accident.
The staff said, it clear that will finish repair on November, but they said, will completed on December 2021.
I was very disappointed the service that they provided.

23.6.21 9.50am - 11:30 am Jun7711
Gentle reminder nobody like poor service center and person in charge.
I want to Complaint service adivsor kelvin and his manager poor service provided talk so rude to customer over the phone without checking properly they internal problem, come and said i just walk in without doing appoinment, actually my appoinment i make last week 16.6.21 and yesterday 22.6.21 they call n confirmed the appoinemnt, this is 1st service the car send to them 9.50am without checking and go thorough with customer on the spot, just request me to put the car & car key to them and they will call me, after morethan one and half hour only kelvin call and talk nonsense and so rude without service the car??? why??? got appoinment 10am until 11:30am only asking nonsense without checking?? service so slow ever is 1st service?? wasting customer time only? talk also not professional at all without checking properly just said no spoil? how can have this type of agent spoil perodua image and brand name pls becarful not let this type of service center serve customer, important is they totally spoil perodua brand name and image. Gentle reminder nobody like poor service center and person in charge.

I bought a 2nd hand Alza VAH 3105 and still cover with warranty. 6 months ago, I went to Perodua Service Centre (Cheras Tun Razak) Malaysia to repair my car and at same time paint. I was served by a Chinese Guy mid 30-40 name Hang Min Hoon Hp [protected] . He always complains my car is 2nd and bumper need to buy a new one then only can paint nice and smooth. But when I checked Youtube, most people mention car cant paint is because of the workman skills and not the parts.

I bought a new car key for my Axia 1.0G Auto car in May 2020 at Perodua Melaka. I sent my car and the new car key to do the key remote program at Kean tat Perodua service centre Jalan Reko Kajang on 9 Oct 2020

The problem is the Perodua service centre could not program my new car key.
So now I could not use the new key ( as spare).
Please advise what to do now ?

Last month I have send my car to perodua ulu tiram for repair... Not much damage.. I have follow up with them...

Dear Customer Service Team, The dealership : Perodua Kulai, Reference: I am contacting you in order to...

I have recently purchased a Perodua new Myvi. After one week of using it, I found that the back door cannot...

Found my car's paint not even at the beams area above the doors, sent for respray on 20-July and collected on...

I want to make a complaint about my car Myvi 1.5 SE that just bought and used (12/2013) and after a month used, the right side of skirting paint start peel off. I have tried to claim warranty but the Perodua Service and Sale centre where I bought (Avanstar(Taman Impian Emas)) said its not under their warranty. I feel that its not fair for me, the peel off become serious day by day and the peel off its not my fault. Some of the part start to bubble up. Its not damage due to the accident. Its because of improper skill off painting/ the bad quality of paint itself. I really hope the Perodua can take this issue seriously and responsible to paint or rectify back the peel off part.

The complaint has been investigated and
resolved to the customer's satisfaction
Resolved Perodua Alza — Horrible repair work.

My car was sent to Perodua Bengkel Anda know Wangsa Maju for repairs. The work that was done is horrible...

My car radio was not working after I send for servicing from the authorised work shop. The car was still under warranty. I have been waiting for the replacement for 6 weeks and there is still no news when I can have my radio replaced
Ooi

I am complaining about the treatment received from a certain Perodua Salesman, and also the false information...

The complaint has been investigated and
resolved to the customer's satisfaction
Resolved Perodua Auto Wangi Service Centre, Penang — Lying to customers and giving wrong information

My mother and me went to DMM Sales Sdn. Bhd. (Melaka) to survey MyVi 1.3 Auto Premium price. We were entertained by saleswoman named MK Nokmalita Bt Amar.She told us that the car is in stock and the car can be issued to us between 3 days to 2 weeks if nothing problem with the loan application.My Mother paid RM 500.00 for booking and RM 230.00 for JPJ registraion number booking (No receipt was given)

My mother went to AmBank with MK Nokmalita. She was interviewed by the bank officer and told that she needs a guarantor
because of her age.She also paid downpayment RM28453.55 to MK Nomalita, no receipt was given. At that time the bank received all the details and documents from my mother and my sister as the guarantor.The loan agreement signed.
Promised that the car be issued on Saturday 15th January 2011.

My mother called MK Nokmalita to ask whether the registraion number is booked, she said that she was not in the office and will aske her colleague to do it for her.

My mother called MK Nokmalita and ask when she can give all the receipt. She said that all receipt will be given when invoice issued.
The bank called and said they wanted a new copy of my sister identity card.At the same time the bank officer interview my mother over the phone. The copy was picked up by MK Nokmalita at my mother home.

My mother called twice but not pick-up. Then my mother received a sms from MK Nomalita stiting that my mother have to wait
because there is no stock.The car is at Rawang and have to wait for 10 car ordered, then the car will be sent to Melaka.
The bank called my sister and interviewed her over the phone.

My mother called DMM Sales Sdn. Bhd. (Melaka) because MK Nokmalita did not answer. she talk to the clek Pn. Tina and asked
whether she received any payment from MK Nokmalita. the clerk answered, she only received payment for Booking and Registration
amount RM 730.00. Then my mother told that she has paid RM 28453.55 to MK Nokmalita on Monday 10th January 2011. Pn. Tina
said she never received that amount of money.My mother asked to talk to the manager Mr. Najan but he was not around at that
moment, Pn. Tina said that she will ask Mr. Najan to call back my mother.

At 10:00 Hrs Mr. Najan called my mother and she explained to him what had happened. Mr. Najan informed my mother that he
will try his best to settle this problem.

At 15:00 Hrs Mr. Najan called my mother and informed that they manage to get a car as per my mother request and the car
can be issued on Friday 21st January 2011.

MK Nokmalita came to my mother house and gave the receipts and in the receipt stated that the down payment was paid to the clerk on 15th January 2011. Why was it takes 4 days to pays the money to the clerk?

- 19th January 2011
The bank called my mother and said they could not release the car because, my sister did not sign the agreement.

1) Why does the process was not properly informed to us during the booking.
2) Why does we the buyer was lied to believe that there is car available and after all payment have been paid, then the truth came out saying that there is no stock and have to wait.
3) Why was it takes 4 days for the money to be paid to the clerk?
4) Why is it the management of this hire purchase is so haywire that we as the buyer had to bear all the cost and had solve the problem ourselves without the assistance of the Dealer? Maybe what is important is to sell the car not the whole after sales service thing!!
5) Why now after 9 days only my mother was told that they need my sister signature? Why this was not informed earlier so we can make arrangement, and why the dealer was not there helping us because this bank was your panel and you have been dealing with them for so long so at least you can give us some advice.

Perodua
30
%
Not bad, but could've been way better. This company does respond, but not as often as you'd expect them to.