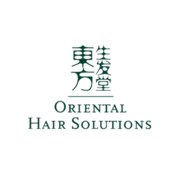 Having problems with Oriental Hair Solutions?

I was a client of Oriental Hair Solutions for around three years. As a new client, they convinced me that I had a series scalp problem. Over the first two years I was manipulated into buying products and services that did nothing to address a non-existent scalp problem. Once I started pushing back on spending more money, the pressure placed on me was incredible. Having read through Singapore's Fair-Trading Act, I believe this business and its practices are in break of clauses 12 and 14 namely:
12. Taking advantage of a consumer by exerting undue pressure or undue influence on the consumer to enter into a transaction involving goods or services.
14. Making a representation that appears in an objective form such as an editorial documentary or scientific report when the representation is primarily made to sell goods or services unless the representation states that it is an advert or promotion.
In addition to the above, the level of customer service is atrocious. Specifically:
1. Staff stand around chatting while people are waiting. They have been occasions where I am the only person in the salon and I still need to wait.
2. Your assigned ‘consultant' only sees you when they want to sell you something.
3. Consultants and assistants are not well-trained and know more about sales techniques then your hair and scalp. The certificates that they hang in the consulting rooms are for a course that cost $300 online that literally anyone can do. It is worth noting that less than 20% (I'm guessing) of the consultants even meet this minimum requirement.
4. The hard selling is relentless, and, on some occasions, I've had to resort to arguing with the supervisor in front of other clients. In addition to the bullying tactics, other sales techniques include praying on people's vulnerabilities and using voodoo science to convince you that you will go bald if you do not buy their products and services. The bullying extends to blaming you when you question the effectiveness of the treatments. The hard selling is well coordinated with the assistant reporting an "issue" and then a consultant coming to check and demanding you go to a consulting room. On the occasions I have resisted going to a consulting room, my treatment has stopped, and they won't finish it until you go into the room. Usually your hair is wet so you can't just leave. Another technique is talking at you while you are attached to a machine. I have got up and left the consulting room in the middle of a hard sell so from then on they would only talk to me when I'm attached to a machine and cannot escape. One occasion my consultant threw a tantrum when I didn't buy.
5. The pricing is inconsistent and opaque. Nothing has a set price and often depends on how hard you resist. I have never paid the same amount twice. One technique they us is to come back and ask for more money because ‘the lab' is insisting that you buy 20 treatments rather than the 10 you originally singed up for. There is no price list and it is often unclear as to what you have bought.
6. The contents of the herbal treatments are opaque. I have been given bottles of essence to use at home that have no labels, so I have no idea what is in them.

This happened on 26th Aug 2019. My mother went to the outlet at Jean Yip Loft (Outram Park) for her hair...

Hi all,
I received useful information that Jeanyip Group's heiress Cheryl Wee Xin Hui became a famous actress because her ducking mother Jeanyip paid a large amount of money to Mediacorp Of Singapore, to make Cheryl Wee Xin Hui be the main casting role for one movie. Next, Jeanyip 'S relative, Dennise Wee Group (one of the property companies) was convicted of property investment fraud in 2017. Third, Jeanyip Group was fined at least three times of $10,000 by the PDPA of Singapore due to number of customers reported them for hard selling phone calls or smses. Fourth, their biggest enemy Charlotte the customer service officer at both Jeanyip and Cheryl W, recorded the fact of how Jeanyip products are true cheap products but purposely raised the prices higher because they needed money. The recording is out since 2017, at
https://youtu.be/rMwCRxFrGts
Several residents received the copies in CD and the Jeanyip still Yayapapaya denying knowing who the Charlotte.. All the Jeanyip staff"s contact details were also found in the CD formats!
Fifth, do you know Jeanyip owns banks a lot of money because of Cheryl Wee's so called lavished wedding and acting roles, paid money to shut the Singapore press holdings and social medias to stop publishing their scandals, paid fines to pdpa and their actions of cheating skillsfuture credits (2017, few months before Cheryl Wee 'S wedding), Dennis Wee Group's cases, etc? Because of banks issues, all their outlets are getting smaller and smaller and their staff start to do hard selling, fight here and there with all customers, etc.
Sixth, a customer was compensated by Jeanyip Group for burning off her hair in their Ngeeann City hair salon..
Please inform all of your angry family or friends that, Jeanyip will always pay to the media not to publish about their scandals, you Can do this to ensure they see you in courts, for examples, you publish your dispute cases on all newspapers because singapore press holdings will never stop anyone who wants to publish as they need to earn money from public... Theb jeanyip group got no choice but to turn up in courts of singapore, and start begging you to stop publishing your disputes by requesting to know your prices.
How I know they will start begging in courts?
I am the victim whose hair got burnt by their stupid jeanyip staff located in ngeeann city outlet!
The charlotte who posted online about divulging how jeanyip grouo has such dirty politic as well as their products are of cheapsckate quality just to earn commissions!
The charlotte's video also shows that jeanyip grouo fight fire with fire by videoing one another! How stupid acts done to damage their own jeanyip group! Hahahaha!

I was called by Jean Yin and offered a free hair treatment at Oriental Hair solutions. The lady who attended...

Please be patient and read all of this email as management need to know what has actually happened for me in Oriental Hair Solutions. Maybe the management could now be understand why the sales in this branch has been so poor all the time.

I was in the branch in city square, Johor. I rang there at 4/7/17 to make an appointment for 9/7/17 (10.30am). However when I reached there this morning, the Chinese lady said that they have NO record about my appointment. I have a proof showed that I did ring there and make the appointment. Please see the attached picture.

The Chinese lady was a bit chubby, in a yellow short hair and wears a spectacle. She talked with me in an absolutely rude way. She even keep on nagging about me that I didn't make any appointment before I came even though I have been repeating several time that I actually did. Not only this, she was mocking me for only try the cheap first trial and because of this, I won't be able to experience the true service that I deserved as other customers. Is this the attitude of your employees should be possessed ???????

After I have done the treatment, she didn't even give me a cup of water and instead of asking me to leave immediately. SO RUDE ! Is that the way you guys training your staffs ???????

I am absolutely disappointed with Oriental Hair Solutions. I will never recommend any of my friends or family to visit it ever. Disgusting.

Oriental Hair Solutions
0
%
Doing nothing would be this company's favorite pastime, if they had the energy for it.