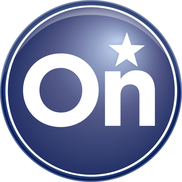 Having problems with OnStar?

I was driving through Birmingham Alabama the other day when a on-star comercial came on the radio. It played a call where the on-star operator told the police this is on star, we have a front end collision at 35 MPH with air bags deployed.
My on star button could not contact on star so I called them on my cell phone which has a Blocked Number. They answered the call and asked me is this Mr. Phelps? So much for blocked calls.
I used an example "What if I'm in a collision with a vehicle that doesn't have on star and we're both speeding. It's my word against theirs how fast they were driving but your going to tell the police how fast I was driving?" He said there is no direct line to the police so they would not have that information. I explained their commercial on the radio has the on star opperator telling the police how fast the person was traveling at the time of the front end collision and his responce was they only give out information that would assist police in assisting me. I asked if I could request that such information not be relayed to the police in the event of an accident. I didn't get anywhere with that request.
My concern is this service that I'm paying them for may be used aginst me in court should a law suit arrise from an accident.

I discussed the monthly fee with one of your employees and they agreed to reduce my monthly fee to @12.95 and credit my Visa account with approximtaely $16.00. This has not been done. The Visa account is in the name of Shirley M. Hawkins, 265 Antebellum Lane, Mt. Juliet, Tn. 37122. I am half owner of the auto and the wife of Ronald Prater, same address. Please advise the status. Shirley M. Hawkins, [protected]

I am extremely disappointed and appalled about the so called "free" roadside assitance covered under my...

not worth the money

on star is not worth the money they charge. My wife and I have been lead to highways that are closed more than a few times. One guy told me that my on star did not work in the area I was in. False. I used it before in the same area, and it worked. I also hit the on star again, and received directions from a more competent person. I am very disappointed in what I thought was a truly global positioning technology. GM will not be my next vehicle.

Poor directions, and all they tell you is that they are working on it. I was left at night on a closed expressway that their so called state of the art gps left me, my wife and our handicapped daughter in a terrible neighborhood at night.

I buy a buick century, retirement car. Paid cash... Now onstar... Digital vs analog... Why not update my car...

I don’t know how to begin this letter except to say that I’m angry and very disgusted with the Onstar product & process. On February 25, 2008 my brand new Pontiac G6 was stolen, I immediately contacted Onstar to begin the stolen vehicle tracking process when they informed me that I had to make a police report before the authorities could be notified. In the city of Detroit where the vehicle was stolen, they then told me that they don’t take police reports over the phone and nor do the police come out to retrieve a stolen vehicle report from the victim.
So now let me fine tune the picture for you. My vehicle is stolen which means I don’t have a way to get to the police station to get a report that Onstar is requiring me to have before the vehicle can be recovered, so in the meantime, Onstar is senselessly tracking the vehicle, while suspect(s) are destroying the vehicle, while I’m attempting to first find a ride to the station, then second, have to fill out a 4 page police report. Then to add insult to injury, at approximately 5:30a.m. (2 hours later), I contacted Onstar again which is the second part of the process, and gave an advisor the report information just to have another 2 hours pass and a different advisor (Laura) call me back at 7:45a.m. & say “Did you get that police information yet so we can have authorities recover your vehicle?” Needless to say, the vehicle has not been recovered & nor is Onstar able to get a signal on it (vehicle’s Time of Death: approximately 24 hours later).
Now I ask you, how exactly did Onstar help me or my insurance company? How useful was this service or the city’s police department in conjunction with it? The only thing that just happened here is a big waste of time & money for all parties except the criminal.
Also; what about those 130 personal calling minutes I had downloaded inside the vehicle and never got a chance to use?
I’m disgusted with the service, the city & the time I have to spend writing letters like this.
Thank you for the unpleasant experience I’ll try to make sure (that I or anyone I know thinking of renewing Onstar) to never have again.

Why put a device in a vehicle, and knowing that it won't cover the vehicle in the next up coming years? I have an 2000 Cadillac Escalade w/ the OnStar button inside of it, but it can't be used at all. I called a Cadillac Dealership and ask what can I do to upgrade or either get my Onstar in my Cadillac running again? This person replied to me saying, OnStar doesn't give services to models that old at all! I think that they (OnStar) should re-consider on providing the older models w/OnStar Services again! Its just not fair to the rest of us w/ older model vehicles, that would love to have OnStar, but can't get the services! It only applies to the younger models now! Well, just would like to let (OnStar) know, Its wrong and unfair. Never should have put something in a vehicle, and knowing that it wouldn't last forever!

My 2007 Chevy Silverado broke down on the interstate, when On-Star was contacted they were (1) unable to...

When we received a notice our 2003 Cadillac was NOT going to be supplied with OnStar service effective December 2007, we purchased enough telephone minutes to last until that time. Recently, with over 100 minutes left on our telephone, you WITHDREW our minutes--without any notice. Now, we learn they had to be renewed by a certain date--or we'd lose the existing minutes. Any company would have notified the customer of the expiration date--so the customer could have renewed.

Unfortunately, OnStar is the ONLY service available -- if they'd had competition, they would have wanted to KEEP EXISTING customers--supposing a New car purchase might continue the relationship.

My Account # is [protected] and I have a complaint about the diagnostic system giving a notice whenever the battery is close to failing. The Rainier is three plus years old (2004) and the battery has failed three times in each year of ownership.

Today my wife waited for me in the Rainier while I shopped a the drug store for about one half hour. She was playing the radio and when I returned and tried to start the car it would only make a clicking sound.

After several tries, I called triple A and they jump started it. I would think that the diagnostic system would alert the driver whenever the battery is at a low point and liable to fail.

I have not been getting my monthly diagnostic report on my 2005 automobile. I called and someone said that i should be receiving it shortly that was 2 months ago. It has been about four months since i have received it. I checked my spam folder like i was told and it was not sent there.

Onstar sent me a letter dated March 2, 2007 to let me know they are dumping all Onstar customers with analog...

OnStar
3
%
Doing nothing would be this company's favorite pastime, if they had the energy for it.