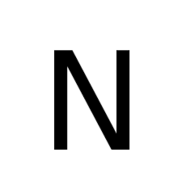 Having problems with Niagara Credit Solutions?

Had a notification that I needed to contact them regarding a four year old debt that was among others when I filed for Bankruptcy! Most of the credit card debt got resolved in that being a senior citizen on social security and my wife's passing, there was no way of paying off the debt. It has been resolved, except for this one that I was just notified of. Was told there was a lien against my home, called my attorney and he told me to call them and ask for documentation. 'This lien was supposed to have filed over four years ago and I'm just now hearing about it. I've had a brand new credit card opened and nothing was there about this for their records. So, therefore, since haven't received the documentation after waiting three weeks, called again and got message center. So, if this company is legitimate, they sure have strange way of performing their duties. So, after reading about the many, many, many complaints, realize they are hustlers, harassers and not a company to deal with. If continue to have a problem, I'm following up a call I made to the District Attorney's office in Oklahoma. Enough of this type of operation who threaten people.

Bonnie on of the collector was phoning at home. I had told her that i was in a financial bin, that I would...

Niagara Credit Solutions
Doing nothing would be this company's favorite pastime, if they had the energy for it.