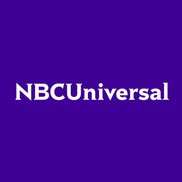 Having problems with NBCUniversal?

Scam and rip off!

I ordered a hoodie from their website before Thanksgiving. It was on backorder and due to ship 12/26/07. It never shipped, and I never received any updates from them about the status. I emailed their "customer service" three times; all three times I got an automated email saying I would have a real response in 24 hours, but there was no follow up. I even called their "customer service" number and was told that the phone people are completely different from the email system, and there is no way to actually file a customer service complaint. Here I am paying them for a product to basically wear and give them free advertising, and they can't even respond to a simple inquiry. Never shop from their site, ever.

We purchased a flat screen TV from shopnbc, setting up a "flexpay/creditcard" account with them. the limit on the card covered one payment per month. TV was delivered. from day one had trouble with the sound and constant rebooting of digital cable. We immediately contacted shopnbc about the possible defect with the TV. at this point, they were helpful. we also told the "customer service" person that we may send the TV back if not satisfied. they gave us authorization to have a local toshiba tech t0 make a house call.

In the meantime, we received a notice from shopnbc that our new "credit card" from shopnbc was DENIED because we never called to activate it. we stated we would not make a single payment until the TV actually worked. The problem was with our AT&T digital cable, got the TV problem all straightened out, and were, and still are, happy with the television.

BUT... while all this was going on, we started our battle with shopnbc to pay for the TV. several different reps called at several different times demanding several different amounts of payments due "immediately". trying to figure out what was going on with the flexpay, and getting them to actually send a statement showing the status of the account was a huge exercise in frustration and futility.

All this took place within a 2 WEEK PERIOD. then the numerous rude harassing phone calls began from a mystery collections agency, CPC, began. Shopnbc sold our "delinquent" account after only 2 weeks!!! During these 2 weeks, we tried several times to arrange payments like we agreed to at the time of sale. This CPC i called Mysterious" because they refuse to send a statement/invoice, have no address, and only will communicate by phone and fax. any out there think this is NOT shady? We are still dealing with this... shopnbc dead ends us every time we call, and refuse to give us any information about this CPC, this so-called "collections agency" that has all the earmarks of a scam from overseas.

Hell will freeze over before i by so much as an apple from shopnbc, and i tell everyone i know about it.

I placed an order 7 weeks ago. 2 items were promptly shipped to my PO Box.....by FED-EX ! Some nimrod is shipping actually thinks FEDEX delivers to PO Boxes? They were returned and there they sit. The third item I was told would ship on July 31st. Come July 31st and magically it changes to 'backordered'. They had to know it wasn't available and should have said so from the start. These were SUPPOSE to be gifts. I had to run out last minute and find replacement gifts. Mistakes can and do happen but here's where it gets good! They have a "contact customer service' icon, what you get is a menu of possible complaints and after selecting the one that best fits, you get an automated response that is useless and NO CUSTOMER SERVICE at ALL!!! No phone number to call them at, NOTHING! I had to resort to making a complaint with my credit card company for a refund, filing a complaint with the Better Business Bureau and my state Attorney general's office. I'll bet it still wont improve their lack of customer service. They probably get so many complaints that they don't WANT you to have their phone number! AVOID NBC UNIVERSAL STORE online. Its a waste of your time and money.

I purchased a tv from shop nbc when i received it was defective. I was told i will receive instructions in the mail on how to return the product. When i called Shop NBC to confirm the instruction i was giving different instruction to use a shipping company i was not familiar with netless to say 2months later my tv is sitting in the shippers warehouse in MN. Shop nbc says although i was giving the wrong information i should of follow the instruction that was mail to me. Now i have $500 storage fees And $400 shipping fees. I contacted everyone BBB DCA FTC and nothing. I even tried to go to small claims court but i cant file because they are in another state. This is such a sad story, who was it that said the customer is always right? I guess big company with large budgets can afford to take advantage of little people like me. I just want them to pay for the fees occurred due to their representative's mistake! But i guess i am on my own. So buyer beware, go to a reputable store and make any big purchases.

Dear ComplaintsBoard.com, I am so upset, and discussed with the internet process of companies that defraud...

Don't ever expect an exchange!

This is about the NBC Universal Store Online (NBCUniversalStore.com). I ordered two shirts and called them that I wanted to exchange them for different sizes. No Problem. I mailed them with insurance but then misplaced the receipt for the insurance. I have called at least once a week for the last three months!! They were very courteous, but never sent my shirts.

Then I found the insurance receipt and found out that they had received the shirts three days after I mailed them, three months ago! I contacted them a week ago and they assured me that they would be sent out immediately!! Still no shirts!!! If you order anything from them, just don't ever expect an exchange!!!!

NBCUniversal
0
%
Doing nothing would be this company's favorite pastime, if they had the energy for it.