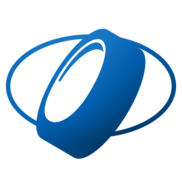 The NTB here in Blue Springs, MO (just outside Kansas City) just attempted to scam me. I took it in for four...

I visited an ntb dealer for an oil change and watched as the tech went around the vehicle for a diagnostic evaluation. After five minutes he came back and told me I needed new brakes all around and it would cost over $300.00.
I told him to change the oil and I would come back for the brake job later.
The next day I went to sears and told them I needed brakes. After 20 minutes or so the sears mechanic asked me why I thought I needed brakes. I told him someone had checked them and told me I needed new brakes. The sears mechanic showed me the brakes and that they had over 60% pad left and that they were wearing evenly. He said I did not need new brakes.
I went back to ntb and talked to the manager who in turn got the mechanic. The mechanic told me he had calibrated the brakes and that they were in need of replacement. I told him that he couldn't have calibrated the brakes since he never even took the tires off. I told the manager I would never be back.
After e-mailing ntb and received a call back from the regional manager. He was very apologetic and asked me to be patient and that he would reimbursement ober $70.00 for my sears bill for doing a proper brake evaluation since I would have never had a brake inspection if not for ntb's mechanic. He also promised me coupons for free oil changes. I did get the coupons but never got any money back.
A few years prior to this incident, the same ntb claimed I needed a front-end alignment which I had checked by my chevy dealership. They said my front-end was fine. I only went back to ntb because I thought that after 2 years they had straightened their vineland store out. Unfortunately, I am beginning to see a pattern of false diagnostic work and fraudulent activity.
I am writing a letter to the bbb and the nj state attorney generals office.

Took my car to NTB for an oil change and a tire rotation. On a side note, I've been told before by an...

they caused my accident

Purchased 4 tires, and alignment service for one year, last time car was taken in for alignment check wa...

I purchased 2 tires made by Faulken om 1/20/2008 and noticed that the the front wheels shacked after the...

Tires and alignment program is a ripoff

We purchased new tires and the 2 year unlimited alignment package at this store last July for my 2003...

I have a 2001 Honda Accord that I took to NTB to have two tires replaced. I purchased 2 new Faulken tires and...

NTB in Duluth, GA inspected brakes & recommended replace pads and clean and adjust back brakes. charged 356.00. Now only when braking, there is a loud clacking noise od which they have no idea what it is and/or after numerous attempts how to fix. They at this point are trying to escape responsibility for.

Resolved Company is a rip off!

On Saturday, November 10, 2007, I took my car to NTB for an oil change. I had a coupon that stated $12.95 for the oil change. I was quoted a price of $19.95. I asked why was the price $7.00 above the coupon price and was asked what would you like to pay. I said "don't play games with me". I walked out, because I feel they are not honest people and I will not do business with them again. I have purchased tires and other parts for my cars at this location (Store # 591, Deptford, NJ) and found they always have additions (Shop fess, and fees they fell they can get away with it) to the quote.

I want to warn anyone about going to NTB for service of any kind. I went to the NTB in Palatine, IL 9/4/07 because I needed an oilchange and had a coupon. I was informed that my car needed alot of work inclusing all new brakes even though I had been told just a few weeks before then that my car's brakes was fine. I asked that if they were doing that and taking the wheel off if they could investigate the whirring sound that my front driver's wheel made. They said that they would take car of it. If I would have known what would have happened I would have just gotten my oil changed there and had nothing else done. The frist time they said it was fixed I was on my way home (I lived 1 1/2 hours away from the NTB) and the car started violently shaking. It was 10:30pm at night and I had to drive it home that day. The next day they asked me to drive it back tothe store. I was scared to death the whole way because it felt like the wheel was going to fall off. When I got it there they looked at it many hours later and told me that the spindle had been bent when the bearings were put in. They gave me a rental car and kept my car for over a week. They then called and told me that my car was done for the second time. I was assured that my car had been driven and tested and it was fine. I drove it home and it was okay although the tires smelled hot. I had been told that would happen with new brakes, so I did not think anything of it. The next time I drove the car I was 5 miles away from home going 55-60 MPH and the front driver's side wheel locked. My car fish tailed and almost flipped. I really thing God was looking out for me that my car did not flip. I called NTB and they had my car towed to the nearest NTB (which was in Crystal Lake, IL). I found out fromthe guy at the NTB in Crystal Lake, IL that there had been no spacers put in the spindle with the bearings and they melted to the spindle and had to be welded off. Finally, the NTB in Crystal Lake, IL fixed the car in 3 days. But they refuse thus far to give me my money back and I am seriously considering filing a lawsuit because I am afraid that next time someone is going to be killed. Do not take your car to NTB for anything. They have unsafe and sloppy practices.

oil change turn to a disaster

I received a coupon for an oil change at ntb. Since I needed one I went to ntb.
After waiting some time an employee asked me who changed the oil last?
I told him the name of the company and he said well they broke it and we are
Trying to retrieve it. I told him that they did not break it because I had just
Checked it a short time ago. I asked him what a new one would cost? He then
Asked the man at the service desk and he said $30.00 plus labor! I asked him what labor?
He replied ok $30.00 then! Another hour went by and then they told me they had finally
Gotten the old dip stick out. Then he said you need a tie rod and an aligment. The price will be
$213.00. I said ok. He said we can get your tie rod today but we will have to order a dip stick.
Another two hours went by then they gave me a bill for $252.90. I said ntb should pay for
The dip stick since you broke it. He said we didn't break it on purpose! He said we will split the difference with you! I told him I would buy my own. I bought one for$7.70! Plus the old one
Was still in! I then paid $20.00 to have someone take it out! What a scam ntb is!!!

I received an oil change at NTB location (766) in Sachse Texas in May of 07. In June, my car broke down. After taking it to the Honda Dealer, they found a towel installed inside my evap drain, which cause water to spill onto my ECM, requiring it to be replaced which cost $827.97. The tech obviously shoved a towel up in the drain to keep the water from dripping on him while he changed my oil. I do have the towel that was used. I am sure it is an honest mistake, but it was also a very costly one that I am having to pay. After many attempts, they have yet to contact me.

National Tire & Battery [NTB]
1
%
Doing nothing would be this company's favorite pastime, if they had the energy for it.