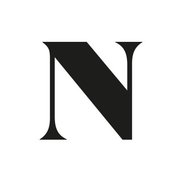 Having problems with National Magazine?

Use this comments board to leave complaints and reviews about National Magazine. Discuss the issues you have had with National Magazine and work with their customer service team to find a resolution.

Got this notice, blah blah, you can win this amount for life, blah blah blah. Never hesrd of these people. I called the number listed to "register" my sweepstakes number, and asked how they got my information, just repeated We are National Magazine Exchange, we sent this notice as a courtesy. Then "Clark" persedes to ask personal information about"which of my credit cards" gave me the best service. Quickly hung up. The number on line has been disconnected. There is a website, I didn't bother to contact
Please can't some federal agency get on these scammers and put them away. This tobocsll/ mail fraud needs to be stopped.
Throw away this mailer from national magazine exchange, strike it rich sweepstakes. Its a scam.

I've been trick way back September 20, 2017 by a agent through the phone, as I was cancelling it they told me that I can not and I have to finish the subscription I was being charge for $49.90 every month since then, when they called me I said no for renewing my subscription but yet they've been renewing my subscription! I never read any of the magazines I even move to a different state already too, and asked them to send those magazines to someone else or donate them as I never used them and it was just piling up on my parents house back home, I've called them several times and told them to cancel my subscription but they won't they always say they'll put me on a non renewal subscription list I've already paid $1, 147.70 total until today 9/20/2019, I am a single mom and trying to survive and I can't continue with this payments anymore. Please help me as I already been begging for them to take me off on this subscription, their acct name appears as MAGAZINE SVC OR NATIONAL MAGAZINE SERVIC ON MY CARD I'll attached pictures of their charges. I'm getting renewal of subscription everytime without my permision

I've already sent a payment of $22.33 to this company not thinking that the address was a post office...

failure to send magazines i subscribed to yet fully willing to take 400 dollars and promise oh they will get there.

This company keeps sending me "Renewal or New Order" invoices - with prices double that of direct...

In october 2010 a random number withan 866 area code called me. when i answered a friendly man asked if i wanted to be entered into a $1, 000, 000 drawing. I agreed and he said i can recieve a free diamond watch if i subscribe for a couple magazines. that didnt seem like such a bad deal so being the young college student that i am, i went through with it. Three months later i recieve a call from a collection company saying i owe $1336.62. The company charge me with late fees i didnt even know i was responsible for. I tryed to cancel the account and they said i had a finance agreement. I had absolutely no clue i was being charged for 30 payments of $39 when i just wanted a couple magazines. now im stuck having to pay almost $200 for five months. I dont even have $200 for grocerys this month noless $200 to pay for magazines i dont want or need. I cant get any help with this and i must pay $1000 i don t have. If you recieve a phone call from the International Magazine Company, just HANG UP. Dont let them have your debit/credit card number or they will rip you off. You wont wont beable cancel your account.

I recieved a notice in the mail to renew my subscription to CAT FANCY. I didn't want to renew this, so I...

I have paid on two renewals for magazines that my wife does subscribe to to equal $61.95. I contacted the magazine companies and they did not receive the amount that I paid National Magazine Services, I called the number on one of the notices. An automated message stated that it take 8 to 10 weeks to receive the magazine. Three of four numbers on the order slips were no longer in service.

my name is Laura Pettit. I have been charged for magazines on my Metrostyle credit card that I neither ordered nor do I know if I received them. I called the number on my credit card billing [protected] and got a message center that I tried to use both verbal and clicking numbers on the phone to ask that these charges be cancelled or to explain what these charges are for but got the runaround from the message center. I was never able to contact a live person. I was asked which magazine I was calling about - which I don't know and I was asked for the credit card number so tracking could be done but did not recognize my credit card number.
I would like these charges dismissed from my card.

This company keeps calling my phone. Its began amusing but now its just plain annoying, Everyday I get a call and when I answer I hear a bunch of people talking and no answers when I say "hello". Today when I answered and said "hello" I hear something about Darryl and his drug territory. This is rediculous. I wish it would stop. Isnt there someway to stop this?

Late November 2009, I received a phone call regarding a too good to be true Million Dollar Sweepstakes. The...

The complaint has been investigated and
resolved to the customer's satisfaction
Resolved National Magazine Services, Inc. — Fraudulent suscription renewal

I received a renewal notice for National Geographic magazine in the mail from a company called National...

The complaint has been investigated and
resolved to the customer's satisfaction
Resolved National Magazine Services Inc. — failure to deliver

After I sent my check, which was cashed, I waited the 8 to 12 weeks for delivery. After week 14 I called the...

We received a fictitious mailing from "National Magazine Services, Inc." asking me to renew my magazine subscription for 2 years. We took at first glance as a legitimate renewal invoice as our subscription but in reality is a fake subscription as we can see now.

In June a random number called me from an 866 area code so I answered it. After a man talked to me about being an associate of Visa/Mastercard/Discover card he said that I was entered in a drawing and asked if I was interested in getting some magazines for free. So I was like sure I'll hear what you have to say. So he said his supervisor would call me with more details. Sure enough he called me explaining the deal saying I would actually have to pay for the magazines: $4.16 a week, $53.16 a year. So i said...sure I'll pay for the 18 months that we agreed to and he gave me a "college student discount" so I didnt have to pay the full amount. So not thinking or talking it over with family I gave them my card number and information. But I figured if they knew where i lived and most of my card number already and WERE affiliates of Visa then I shouldn't worry. So...After I noticed a charge for $53.16 on my account within hours I cancelled my card and sent in a complaint to my credit card company to reverse the charges since that wasn't what I agreed to. Now just today IMC calls me and says that I owe them money or else they will send the collection agency and I have to pay $956.88!!! I explained to the man I no longer want the magazines, they charged me for more than I agreed to, and I want the charges taken off my card. He said that's now allowed even though one of his "managers" told me I could cancel at any time. So a warning to all DON'T GIVE IN. You can't cancel, they take your money, and send you nothing. What a headache.

I ordered PC Magazine, Wired Magazine, Maxim, Car & Driver, and Mens Fitness on January 8, 2009. I was told to allow 90 days for the magazines to arrive. It has been more than 90 days as it is April 10, 2009 now and I have still not received any of the magazines I ordered. I have received Weight Watchers, Nickleodeon, and Parenting, I have no idea why I received these and can not contact International Magazine Company with the number they sent me with the information package. All I get is a busy signal. The number they sent me is [protected].

We received a phone call from a lady who said that we owed money to her company. As she went on to describe what was going on I told her I had no idea what she was talking about. I than talked to my boyfriend and he told me that he had talked to her over two years ag and the company had offered him a magazine subscription service. When he realized how much it would cost he called and said he had changed his mind. We never heard another thing from them until Feb of this year. All of a sudden she was calling and saying we owed them over 800.00 dollars. I informed her that I needed to ask my boyfriend before I paid the bill. I talked it over with him and he even tried to talk to her but she told me he kept hanging up on her and that he was plain old rude to her. I talked to her some more and than we agreed to pay the past due balance of two payments of 81.90. She told me we would be receiving our magazines right away. After we did not receive any magazines I called back and talked to some man who told me I was a liar and that I just did not want to pay my bill. So I went to our bank and they reversed the charges. Now I am getting angry phone calls from this woman, she supposedly has no supervisor to talk to and I am again a liar. We are still refusing to pay the company and they keep calling offering us great dvd deals. She is threatening to send us to collections and have lawyers come after us if we do not pay.

The complaint has been investigated and
resolved to the customer's satisfaction
Resolved International Magazine Co. — SCAM

This company is a ###ing scam! I now have a lot of information about the company and the way everything works. I have talked to my lawyer and I think we might be contacting them soon.

National Magazine
67
%
This company definitely cares about its customers and responds to overwhelming majority of complaints.