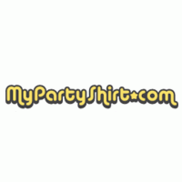 ComplaintsBoard.com is not affiliated, associated, authorized, endorsed by, or in any way officially connected with MyPartyShirt.com Customer Service. Initial MyPartyShirt.com complaints should be directed to their team directly. You can find contact details for MyPartyShirt.com above.

Use this comments board to leave complaints and reviews about MyPartyShirt.com. Discuss the issues you have had with MyPartyShirt.com and work with their customer service team to find a resolution.

What a terrible customer service they have. I always order ahead of time, especially if a big holiday is coming. I ordered several shirts with a beautiful print for bridesmaids and they never arrived. Please, pay your attention, I have an idea that online shops like to use the slowest delivery, so I ordered 2 months before the event. So how this could happen? They refused to offer something instead (for example to resend same shirts with an express delivery). They refused to refund stating that the items were on their way. Great. Are they walking by feet? You gave them shoes and they decided to reach us this way??
Terrible terrible terrible.

www.mypartyshirt.com — I returned small t-shirts and still no news from the seller

Don’t waste your money on the website www.mypartyshirt.com. I placed the order and received two...

MyPartyShirt.com — this website has the absolute worst customer service ever

This website has the absolute worst customer service ever. I ordered 10 shirts for halloween a couple of years back, and chose express shipping (the shipping said 5-7 business days). I ordered these shirts 2 weeks prior to halloween. Throughout those 2 weeks, I emailed them since that is the only way to contact them, and they told me they had no tracking number on my items (I later called the U.S. post office and they said a package like that requires a tracking number). Well, I didn't receive these shirts by halloween, and could not get an answer from them where they were. I called my credit card company after a month of not receiving them and had them refund me my money. I asked my credit card company what I should do if the shirts happened to show up and they said to refuse the delivery. Well, nearly 2 months later, the shirts showed up, so I refused them. Next thing I know, I look at my credit card statement and they are re-charged to my account, and I don't have the shirts. I finally talked to someone who worked for Mypartyshirt and told them about this, and they said since I didn't send them back to the company the correct way, they would keep the shirts AND still charge me for them!! They gave me this example when I talked to them..."Say you bought a loaf of bread from a grocery store, then walked out of the store, then turned around and came back in and put the loaf of bread back on the shelf and left and then came back and asked for the loaf back since you paid for it, the grocery store wouldn't give you the loaf of bread back." That is the most ridiculous example I have heard from a "Professional" business ever...I had the receipt and proof that they received the items back...So all in all, I recommend you choose to do your shopping elsewhere because they will just screw you in the long run..I found out the hard way...$178 poorer!

Anyway, I purchased an item from mypartyshirt.com and was guaranteed that I would receive my items by the...

MyPartyShirt.com
45
%
This company is on the right track to keep up with incoming complaints, but there's still plenty of work to do.