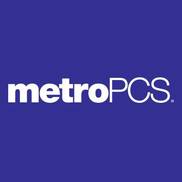 Having problems with Metro by T-Mobile?

I have been trying since Dec 18th to contact someone regarding my payment recent subscription plan change...

did not honor their contract

after my wife had washed my phone with her pants, I figured WTH. go with 4 lines, buy 2 more to go with my brothers and another phone that needed to be "re-activated", but the guy told me it would be cheaper to buy another phone rather than re-activate it (well close to it like 15 bucks more for the new cheapo)so 3 phones now (at $288 for the 3 totle)and then the one guy (yes another came into the deal) had told us that the service would be the same for the phone he had, when the second guy came in he told us different that we would not have picture messaging, pissed a little we agreed to pay the extra fee to get that feature. being kind of in a hurry as I was going to leave on a trip we didn't ask anymore questions about the service as we figured the rest was the same. well I had to recheck what the add said after I just got back from trip to see if I read it right...,

MetroPCS Unlimited Nationwide Service - (I dont know anybody in China !)

plus they'd probably want another fee !

Three Way Calling - Can't seem to get that to work either

Where is the Metro PCS email complaint center, I got this site when I googled it.

I don't know how this company has stayed in business so long! Their phone service sucks but there customer...

OK, so I got a METRO PCS phone in June. I got the $50 plan which includes unlimited calls, text and...

I purchased a Blackberry Curve 8330 from a local Metro PCS store in Miami, Florida, less than 1 month ago...

I was scammed at this corporate store (Missorri Ave). My new cell phone $180.00 wasn't working to my satisfaction. The rep. showed me another phone and I said this one is better. (Even thou their reconditoned) The rep. said, I 'm going in the back to put your information in the new phone. (I found very strange) Why would he take the time with a room full of customers. Heres a good laugh, right when you think you heard it all. All my phone # were in the new phone and my voice mail with my voice. They must be magicans. I called [protected] to complain about this wonderful experience which he took my information and said you'll get a text 3 to 6 days. Another scam in good old USA.

I had bought a phone and a plan at this store about 3 years ago. I wanted to update my phone so I purchased a...

I'm still flared up hours after cancelling my services with this company - they make you pay full cost...

I went to metro pcs dealership to purchase a telephone line and I transfer my service from AT&T to the new company. They promises cover are with a map, but the area that they promises was not cover. But the issues is the costumer have to purchase the telephone, I buy a telephone for the amount of $386, because I need this telephone in order to have internet, text message, email. But because is not cover in my area I lost the money of the telephone they sale to me so I am stuck with a item that no order telephone company use, and also no service so I lose $386. X 2 because I purchase two telephone.

Metro pcs sends your bill in a text for free, but what they don't tell you is that we may change the amount at any time. I received 4 text from metro pcs stating 2 different amounts and 2 different due dates, so I paid the last amount text to me. So why was my svc turned off for non payment. When I called customer svc I was told I needed to make an additional payment to have my svc restored and that they don't know why I received 2 different bill and due dates, just pay the money and move on. Do these csr's not know about the economy.

Metro PCS is fast becoming a rude and non caring company that has had me fooled for quite a while. I am a very unsatisfied customer right now. I have called customer service on several occassions about my rude service at their Desoto location (Polk and Pleasant Run). The Pakistani gentleman who owns this company and another in Lancaster that I know of, has no regard for mannerism. It seems the only care is in getting money to support his company; this is a difficult task without proper patriotism, and the customers are the ones who keep the doors open. This store is fairly new, and it won't be here long with customer service like that.

not informing customers of the change number policy for refunds?

I decided to change phone companies and wanted to take my existing cell phone number with me. When I called Metro Pcs regarding this situation they (customer service employee) felled to inform me that if I cancelled me service after 2 weeks into my cycle I would not be able to get a refund. So, basically I just gave this company after talking to too many people over the pass couple of weeks almost $45 dollars. That money could have went on my 11 year old daughter's first cellphone this she will use while away from home. Man, this company needs alot of customer service classes. They also refused to give me any of my refund or at least put half of it on my daughter's account. Yes, if you are thinking that she needs to contact the main office? I plan to write to them regarding this problem, because like all other American's I work hard for my money and don't have any to give away when I have 4 kids to feed every day.

Has anyone who has had complaints pertianing to Metro PCS filed complaints with the Better Business Bureau in their respective states? I am about to...
www.bbb.org

Metro PCS is the worst company I have ever dealt with. They rip people off and no one does anything about it. An attorney really needs to file a class action lawsuit against this company. I have had Metro PCS service for over a year now. I switched from Sprint as I was paying around $150 per month for unlimited cell/internet and it was too costly. First, the service through Metro PSC is horrible. My calls are dropped all time when I try to use my phone. There are times when it will go into roaming and it should not be roaming as I am in my coverage area in Florida. When it goes into roaming, I cannot use my phone; eventhough I have paid twice now for "roaming minutes" (which I should not have to use in my coverage area) Even if I wanted to use my "roaming minutes" in my own coverage area, I cannot acces them.

The 1st time I paid for roaming was when I travelled out of my coverage area. I did everything the sales person at the store told me to prepare the phone before i left my coverage area. I was out in the middle of Kansas and my ohone would not woork. I had an emergency situation and needed to use a phone (no pay phones were available anywhere, and I was not able to use it. Customer service was non-existent as one keeps getting the same automated message that goes into a loop. It is nearly impossible to talk to a live person at Metro PCS. Next I went to Nebraska. My roaming minutes wouldn't work there either. I finally got through to their tech support. They farm their tech support out to Panama and I spent 1/2 hour arguming with the tech person that Nebraska was part of the US; as he kept insisting it wasn't and that's why I did nto have coverage. Unbelievable! I have lost money by purchasing "roaming minutes" I could not use, on a cell service that does not work much of the time, and nearly froze to death on a Kansas roadway when I had car troubles and I could not use my cell phone to call for help.

I wonder how much money this company makes by not being accessible by phone to the public; especially when customers try to reach them to disconnect service and they cannot get through to anyone??? This company is blantantly ripping off customers. Are there any attorneys out there who are even remotely interested in filing suit against this company that is ripping off so many people???

I have been reviewing many Metro PCS customer complaints and its dificult for me to agree with every...

I had signed up for the $40 plan, but the salesperson entered me in for the $45 plan. Of course it says $45 on the contract, but I didn't review it since I had trust in the rep doing the right thing (incidentally all you get is the bottom line with the taxes and all so you couldn't tell from the bill what plan you're in).

I went back to the branch seeking a 3 month credit for the the rep's mistake, but they couldn't accommodate me there, telling me to call customer service. With customer disservice it's like hitting a brick wall. I wanted to continue but I also wanted to correct their mistake. So I figured since I overpaid by $15, I would drop down into their $35 plan for at least 3 months to make up for the difference (I already did this for 3 months and I plan on doing this for at least another 3 months to teach Metro a lesson - the services at the $35 level is adequate for my needs.)

I will continue to see how it goes with Metro. They're getting heated competition from Cricket and magicJack and I may jump.

I have been a customer for almost a year now and I am very dissatisfied because of the bad customer service I have received from this company i called in to make a complaint and they had no number for me or a address so i went online and got the company information. The agents I talked to left me on the phone for almost a hour. They do not care about the customers or what we have to say I think they need to get a better customer service system for us customers! I was calling because of the bad service I was having with my phone no service no reception and late messages really late like a day late and dropped calls! I am going to cut off my service and go back to cingular!

Metro by T-Mobile
1
%
Doing nothing would be this company's favorite pastime, if they had the energy for it.