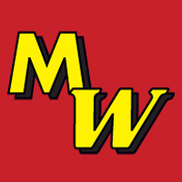 Having problems with Mattress Warehouse / SleepHappens.com?

We went there to purchase a mattress that was on sale. The mattress was not in stock and the salesman said he...

Our Sealy Seaport Eurotop mattress which we purchased from
Mattress Warehouse in Eason, Md on October 31, 2008 has
developed a lump of about a foot in length and heighth over
2". Our name and address are as follows:
John Gargalli
9460 Martingham Circle
St. Michaels, MD 21663
Phone: [protected]
Thank you for your prompt attention to this matter.

My wife and I purchased a brand new king size Simmons Beautyrest mattress from Mattress Warehouse on December...

My sister and parents purchased the same style Sterns and Foster pillowtop mattress from Mattress Warehouse. My sister's is holding up great, but my parents' mattress has sunk on one side... BUT because it has a pillowtop, this defect is not visible with the eye ~ which is the only way an inspector will check the mattress! The defect is very evident if the mattress is pushed down in the bad spot v/s an unused portion ~ however all parties involved will not budge to check the mattress this way, it has to be a visible sinking, which the foam pillowtop is concealing!! Lesson learned, mattress companies started putting foam pillowtops on as a warranty loophole!! Beware!

The mattress and box springs were purchased on 8-28-07. As it is not used all of the time, we did not notice...

We ordered a mattress from Mattress Warehouse at Roanoke/Electric Rd, Roanoke VA . Later next day we decided...

On June 27, 2008 we ordered a Simmons Rock Island King Size mattress set. We were told it would take at least 5 days for store to receive it. On Sunday June 29, 2008 we called several time finally reaching salesman to ask if we could change order to 2 twin size rather than king size. Chris said he had just faxed our order in and would check with them and call us back. Later on Sunday he called back and said they refused because they had already put order in their data system.

We are upset because this does not sound like it would have been so difficult for them to do plus we would have been paying them more money. This would have been so much better for us since my husband has Parkinsons Disease and if we needed to move bed around for cleaning or rearranging room with the twin beds we could have done it without having someone come in to help us. If Anyone can help us please call at 540/977-4810. The store said they would not receive mattress set until Wednesday or Thursday this week June 30, 2008.

Caveat Emptor, two words I wish that I had remembered from my High School Latin class! In December I purchased bedding from Mattress Warehouse on Towne Square Blvd. With limited opportunity to test the bedding in the store we were very concerned that it would be satisfactory. I discussed my concerns with the salesperson who assured me that we would find the bedding to be satisfactory. When I noticed that the receipt was clearly stamped "no refunds", no "exchanges" the salesperson told me "not to worry about it" that "Mattress Warehouse always stands behind their products". Caveat Emptor.

The very first night we tried the bedding we noticed that it was in fact satisfactory, for about 30 minutes! After that time the mattress began to sink and it felt like we were sleeping in a hole. I called the store the next morning and was directed to file with the "Mattress Marshals (MM)" (the warranty division). We did not use the mattress, slept in the guest room, filled a claim with the MM (twice) and we waited. And we waited. As we waited, we continued to be in contact with the store weekly and with the District Manager. Nine weeks later we still hadn't heard from the MM!

Finally losing patience I called the store and told them I was bringing the bedding back. A new salesperson (the old one was gone) told me to bring it in the back door. I brought in the box springs and I tried to move in the mattress. I was met by a very angry Manager (he is also no longer with the store) who pushed me in the chest and told me that he was not letting me in the store. He threatened to call the police and told me that I could not bring the mattress in. Why he wouldn't let me in I had no idea and even less of an idea why he felt it was ok to push me? But, in any case, I followed his directions. I stayed out of the store and left the mattress outside by the back door.

Later I called the Manager trying to see if he had calmed down and to determine what the next course of action was. He was still mad, told me that "he didn't give a damn what I said", "didn't work for me" and "was doing what his District Manager told him to do". I asked him about the disposition of the bedding and whether the MM had finally been able to see it. He told me that he had removed it from store and it had been "stolen".

I did pursue this issue by filling a complaint with the Better Business Bureau. This complaint is still unresolved and will probably remain so. Mattress Warehouse's solution was to admit the box springs had been removed from the store, offer no compensation, refund, or exchange and to suggest that "since this item had been stolen" I should file a complaint with Roanoke City Police!

These items are on my credit card and I do not have the merchandise. Unfortunately, due to the time delay, there is no remedy through the credit card. I can't help but wonder if this delay for the MM was part of Mattress Warehouse's overall strategy?

As a small business owner in the Valley I cannot believe this attitude. There appears to be no thought of customer satisfaction or of reoccurring sales. I personally find this attitude both short sighted and offensive.

Mattress Warehouse — sold me a product they do not have!

I purchased two twin-extra-long mattress and boxspring sets on 2/7/08. I arranged delivery for 2/14/08. On 2/13/08 (the day before the scheduled delivery), the manager called to tell me that the mattress I had bought and paid cash for was a "special order" and would have to be ordered - THAT DAY (13th) - had not been ordered the day I made the purchase, and that it would take "at least 10 days" to get in. After a bit of discussion, the manager agreed to refund my delivery fee to "make it right". She indicated that I could "stop by any time" for my refund. It's been 10 days - no phone call - so I visit the store (30 minute drive) to inquire and pick up my refund. The sales girl could not tell me where the mattresses/boxsprings are. A phone call placed to the warehouse resulted in her leaving a voicemail to inquire about my mattresses and I was told that only a manager could refund my delivery fee - and, of course, she couldn't tell me when there would be a manager on site. I left empty handed with no information. It's been a couple of hours since I was there and still no phone call (she promised to call me as soon as she heard from the warehouse). I've been without a bed for 2 weeks since I removed my old mattress & boxspring to make room for the new ones. If you fall for one of this company's sales deals - be prepared to be misled and jerked around.

The complaint has been investigated and
resolved to the customer's satisfaction
Resolved Mattress Warehouse at SleepHappens.com — a promised refund check that has not arrived

Mattress Warehouse / SleepHappens.com
46
%
This company is on the right track to keep up with incoming complaints, but there's still plenty of work to do.