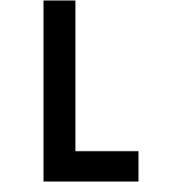 Having problems with Luxury Locs?

ComplaintsBoard.com is not affiliated, associated, authorized, endorsed by, or in any way officially connected with Luxury Locs Customer Service. Initial Luxury Locs complaints should be directed to their team directly. You can find contact details for Luxury Locs above.

Use this comments board to leave complaints and reviews about Luxury Locs. Discuss the issues you have had with Luxury Locs and work with their customer service team to find a resolution.

I would also like to comment about my terrible experience with Luxury Locs. I will say first that not only is April French a rippoff artist, she also uses the lie that she's a Christian and would never intentionally rip anyone off. After sending the wrong hair back to them, they never credited my account and after "I" discovered the error, they said that they would send me another order with a complimentary bundle of hair. This never happened and they continued to give me bogus ups information. When they sent me the wrong cheap hair the last time, I decided to cut my losses and keep the hair to give to someone else. Keep in mind, this was not what I ordered, it was less than half of what they charged my credit card and they continued to lie. April really does come across as being a professional but really is a liar and a rippoff artist. I had no recourse because it was too late to dispute the charge. I have been a business owner for over 20 years and never came across such a scam. I would advise anyone dealing with this company to use a credit card with a 90 dispute option. If you don't get lucky the first time, cancel the charge and send the hair back. I got lucky the first 2 times with them and began to trust April. It was downhill from that point. DON'T TRUST APRIL FRENCH AND ONLY PURCHASE ON A CREDIT CARD THAT "YOU" CAN DISPUTE.

I was so excited the first time I ordered hair from Luxury Locs. I got my hair ontime and it was exactly what...

On Oct 7th I called Luxury Locs for the first time to inquire about the Indian Remi hair.. I spoke with Pam...

This company is a rip off in is operated by liars. I order hair 7/15/09 for next day shipping, I didn't receive my hair at all. My card wasn't charge. So Monday I call in told them I didn't want the hair amymore. Renee said no problem, your card has not been charge. Tuesday Keith call in leave a message on my voice mail."Hello Ms. Johnson this is Keith from Luxury Locs, sorry for the incovience with your hair, but we can ship it free next day free of charge, but we don;t knkow what day we will be able to ship it. Your card has not been charge, if you are still interested in receivng the hair give us a call." He left this on my voice mail. I still have it, I plan to use it at court. Do you know he charge my card anyway. After I left exactly seven messages telling them not to charge my card. Renee call back in I told her that I didn;t want the hair again, she place me on hold then some how the phone got disconnected, when I call back no one answered, nor did she call back. After calling 3 more times leaveing irate voice mails, Keith call back in said Renee told him I said ship the hair and she call back 10 minutes after him saying he told her to ship the hair. Finally Renee sent me a fake ### conformation number stating that it was for a refund that I have yet to receive. It unfortaunately the things this company send you through. I start myprocess on taking them to court. Good thing I have familly in Atlanta. DON'T DO BUSINESS WITH THIS COMPANY. Also the owner April never called me back.

If you can say SCAM ARTIST or LIARS you will probably be talking about luxury locs. I have ordered from this company for about the last 2-3 years and needless to say I have had multiple issues with their service (or lack of) but this last time will be my last with them. As everyone else that complains I ordered my hair with custom coloring. The custom coloring (according to Renee) was supposed to take 3-4 days and I payed for two day shipping, which is a total of six days. I didn't receive my order for two weeks! When I received the hair it seem to be missing some so I took it to the post office and had them weigh it and it was two ounces missing. This doesn't seem like a big deal but a pack of hair is normally four ounces so I was missing a half a pack of hair and not only that but they cut my hair into two pieces! I callled Renee immediately telling her what had happened, she had the audacity to tell me to send it back and they would weigh it and if it was short they would send the right amount. So, after my hair arrives late you want me to ship it back and then wait for you to re-ship it to me? If I had an eternity to wait that would've been fine but since I had already rescheduled my appointment twice because my hair was late this wasn't an option. I asked her for half my money back since they sent me half a pack of hair and she refused. I then filed a complaint with paypal and a dispute with my bank for a refund. It really amazes me that as soon as you google luxury locs name, other than there website the entire first page on google is nothing but complaints. It also amazes me that the Better Business Bureau has their rating as an "F." And I find it even more peculiar that EVERYONE not matter what website you review has the exact same complaints! These people have no relationship to one another, are located all over the U.S and some are even international! Either their order was late, they received a faulty tracking number, they didn't get their hair or they did not send the correct product. Now I'm no scientist but if it walks like a duck and quacks like a duck it's a damn duck! These people have been playing this game for a long time. If all these people have went online to complain you can probably multiply them times 100 for the people who didn't make online complaints. My reccommendation to everyone is everytime they screw up your order go to paypal and request a refund, make a complaint with the Better Business Bureau and keep making post like these. I know for a fact that if Paypal continues to receive the same complaints about their service and requests for refunds they will terminate their business with luxury locs. A well known company like Paypal is not going to let a business like luxury locs ruin their name. Last but not least I think its really sad for luxury locs to conduct this kind of business. As an African American I would want nothing more than to support a black business. I feel that it is a shame I now have to order my hair from the Indians just to get some decent service!

The mistake I made with April French and Luxury Locs was to trust them. I’d used the company 3 time...

Collected payment immediately - waited a week to ship products despite advising products would be received...

Please do not order from this company! If you see the company name 'luxurylocs.net' press ESCAPE...

Luxury Locs
88
%
Fast & efficient, this company is head above their competitors when it comes down to taking care of their customers! Keep up the great work!