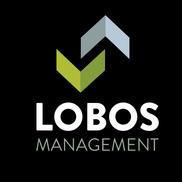 Having problems with Lobos Management?

ComplaintsBoard.com is not affiliated, associated, authorized, endorsed by, or in any way officially connected with Lobos Management Customer Service. Initial Lobos Management complaints should be directed to their team directly. You can find contact details for Lobos Management above.

Use this comments board to leave complaints and reviews about Lobos Management. Discuss the issues you have had with Lobos Management and work with their customer service team to find a resolution.

After failing to provide a safe and healthy living space, Lobos Management is refusing to return my safety deposit, despite providing me with written confirmation weeks ago that I would receive it. This false information has led to my being unable to pay rent at my new apartment and my impending eviction. Absolutely unacceptable. Some experienced transgressions include, but are not limited to, water damage on my ceiling that resulted in multiple severe sinus infections, not having access to water for over 24 hours, and unauthorized access to by bedroom by maintenance while I was sleeping.

On May 9th my power went out in certain rooms when I tried to set the breakers it still would not work, I...

I would give zero stars if that was an option. Similar to others who have left reviews, Lobos employs a slumlord-style of management. My apartment has flooded four different times in the span of 9 months, and each time, they said they fixed the problem, but last time, I came home to an apartment filled with sewage water and waste. Lobos claims to offer 24 hour maintenance, which is false marketing because they do not - I've had to wait 12+ hours for someone to come, all the while my belongings are under water and being ruined by Lobos' faulty plumbing. Also, this building has a bad insect problem.

They insult their tenants n threaten them N lobos employees are trained to exploit ur love for ur pets they...

Warning Military personnel -- do not rent from this company! BEWARE!

They are making my enlisted USCG pay an extra month in rent because of a difference in 4 days between his verbal orders and his written orders.

Terrible way to treat those protecting their right to run this company!

Federal law is set out in the Servicemembers Civil Relief
Act, enacted in 2003 to amend the Soldiers’ and Sailors’ Civil
Relief Act of 1940. It provides a broad range of benefits and
protections to service personnel including specific rights relating
to renting and leasing obligations.

I wouldn't recommend Lobos. The landlord was friendly and the apartment seemed like it would be nice: newly...

Don't rent from lobos they will f..k you over there apartments suck service worst count other people...

Today we got great new from the renters association against landlords they called us to Day on a Saturday...

If your a women looking for an apartment in the Pittsburgh area north Versailles, don't do it make sure you...

What ever you don't rent an apartment from lobos reality in Pittsburgh, they humiliated a 15 year...

If your looking for an apartment in the Pittsburgh area or surrounding areas, do yourself and your family a...

Don't rent from lobos reality in pittsburgh pa, they are criminal they threatened a women even the...

My name is Christine chew I was staying with my husband at the Birmingham apartments in north Versailles, on...

lobos reality located in Pittsburgh pa ! Before you even think about renting from them read and research.you...

Anyone looking to rent an apartment in Pittsburgh think twice about renting from lobos reality Pittsburgh...

Don't ever let your wife daughter mother sister aunt, rent from lobos reality.actullay anyone, they make you think you have a great apartment with there lies, the black mold in there apartments is astounding, even when it was reported in 2010 and now is 2017 and it's still going on they just paint over it and then the black mold comes right back and you can tell them and obviously they don't give a [censor] seeing as it's still the same, we had no hot water for 3 days .we had no bathroom door, I think your allowed a bathroom door ! We had no heat bc they pay for the heat so they control it, when we asked about heat they said you have to make a work order out for it, so they can turn the heat on, you would think when its cold they would be smart enough to turn it on, no it's lobos in Pittsburgh they don't want to depart with there stolen money, and then they have security displayed and intercom when you see it on your apartment wall it would work, but nope it's lobos that's to expensive to fix, so the outside entry doors are propped open 24/7 so homeless people come in and sleep in the hallways, don't they watch the news with the violence getting worse nope mr rubenoff don't give a [censor] he is sitting all safe and sound with security, while his tenants are being attacked and pushed through the apartment door and dam near raped, you would think he would care I mean the tenants make him his money, but nope he don't care he threatens you instead, and makes you sign a gag order under so much duress and gives you 200 dollars and says ok your all better now, nope you have nightmares and you can't leave the house and now you have ptsd but do you think he cares nope, google everybody's complaint bc they are a ð¯true ! So don't rent from lobos reality in Pittsburgh and north Versailles!

So today my husband called lobos reality attorney!because he wants his money back ! the attorney Christina...

Lobos reality owned by mr rubenoff the thief and Ron sobol and Christina and the shady maintenance employees that go into your apartment with out notice ! — apartment building a a owner that doesn't care about safety and blackmailing the tenant!

We rented an apartment from mr rubenoff north Versailles, the lies they told to get us to rent the apartment...

Avoid this slum lord mr rubenoff!! All the staff that work for me rubenoff all lie, even his attorney...

Lobos Management
33
%
Not bad, but could've been way better. This company does respond, but not as often as you'd expect them to.