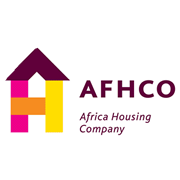 I am Tenant at 242 Hayani Flat in Doornfontein..after 2 months living here..they charged and billed me for the damages and breakages i found here.I went to their offices in Doornfontein...and still nothing.My Billing statement still comes with an extra charge and its crippling my TPN credit record.May you kindly fix this.I cannot be paying for someone else's neglegance.

Poor building management, loud noises at night were security does nothing about and out of everything its actually a spacious affordable apartment but I rather pay high prices and be able to sleep at night and deal with professional staff on a daily... Am currently staying here(120 End. Afcho) and I can't wait to move out already and it's only been a week, it's the worst I've ever stayed at and probably will ever encounter.

The is no Free Wifi here. They started introducing the system of entering a password that limits you to 2 devices and it sometimes don't work at all you fail to submit your assignments or attend classes. Did they do a study of how many devices students use on average?. No management at Afhco, everything is broken here, no maintenance plan. Shower water is cold, you have to wash your face ko basin. Then they say we should pay rent on time.

I have moved in at Golf PArk pretoria, unit E412 St Andrews around March 2017.
When i moved in, AFHCo was taking over from Huurkor.

On the day of moving in, the Building manager Peter at that time just gave me the unit number and told me to go there and move in as the other tenant is still there they will give me keys/
I went there ad the tenant was still moving out, so we were doing exchanges, he was moving stuff out i was moving stuff in.

Peter did not come to do inspection, the unit was not painted when i move in, nothing was fixed, i raised all this issues with him and he said it was fine, windows could not lock when opened. Walls were filthy and kitchen oily.
I settled there and no one ever came to inspect, so i did my own inspection and noted the things that i could see in front of me and sent them to Mr Mthembu and cc'd Pieter Uys.

Fast forward, End of may when i moved out, the new Business manager came accompanied by the security officer to do inspection and took photos. He even said i will not be charged for anything and he can see the paint is too old, meaning the unit was not painted in a long time since they no longer using such paint. then i signed and later i was not given my deposit back siting that i must pay for painting, door locks and even on my checklist i did mention that door locks are a problem when i move in.

I asked them to produce the checklist done by their staff and where i and the staff signed, they could not.

They seem reluctant to even assist me

I was in a lease agreement with AFHCO housing company since December 2019 till the end of June 2021. As required by the agreement, I submitted a notice form at the beginning of June 2021 stating that I will be moving out on the 30th of June 2021.

On the 29th of June I called to enquire about the exit inspection only to find that they were not aware of my notice. I was told to contact my building manager to submit the documents. Unfortunately he is still not responding to my communication attempts as of 05 July 2021.

I tried to escalate this with the head office but their response was that they will "urgently get in contact with the building manager". My account with them is still effective which is unfortunately starting to affect my TPN credit record.

Dear Afhco, I am now writing this as I am healed, I was staying in one one of your apartment in Cambalala...

I've been staying at Unit 137 Montrose Avenue since December 2019 when I took contract was promised I will never pay more than R200 for water because they use a certain water saving system. I stay just my son and i. The first 6 months of my stay i was paying R250 or less for water. Then in July my water bill jumps to R1800 i call the call center and im told they will investigate the matter. Nothing ever happens. I call and send over 7 emails with no response. I then call again and insist on getting a direct number of someone I can speak to regarding this matter im then given Peters number who agrees that its impossible for a family of 2 to pay such amount and I should not pay that amount they will credit it back to my account and he will send someone to my place to check for water leaks. Till today 25 November 2020 no one has come to my place to check water leakages. August my water bill is R660 I decide to go to a couple of my neighbors to find out what their water bill are families of four they tell me their water bill never goes above R250. I call again to call center about this issue and write countless emails get promised an investigation will be done. Till today no one has ever come to my apartment. September and October water bill over R650 for a mom and a 14 year old. I decided the only way im going to get attention on this matter is if I don't pay rent. I wrote an email to let them know that I will not pay rent until this matter is rectifyed and still no response 13 November i get a very rude call from a guy called Johannes. I have never in my life been spoken to so rudely him telling me he is going to hand me over if I don't pay rent and would not even let me get a word in to explain my situation. I told him my account manager Mbali knew my situation and I told I never want to speak to him again they must give my account to someone who has manners and knows how to deal with customers and dropped the phone he tried calling again and I never answered his calls. I called Peter and explained the situation and he promised me he will handle the situation and yes there is definitely something wrong with the amounts it definitely doesn't make sense he will send the caregiver the same day to come check for leaks or what is the problem. Its the 25th November still waiting for someone to come check. I don't even bother calling the care giver anymore because his phone is never picked up. Johannes calls me again on the 16 November he tells me an investigation has been done and the bills are correct. I tell him its surprising this investigation has been done yet no one has ever come to my place to check what is going on he tells me to hold on he is going to check what is going on and he comes back and says he will call me back and never did. 23rd Johannes calls me again and I tell him I need my account rectifyed before I even pay he tells me he will send an email to Peter and find out what is happening and on 25th he calls again and says Peter says there is nothing wrong. I have never had someone come to my place to investigate the water problems I've been complaining about since July. I have written over 25 emails and all of them have never been responded to. I really don't know how to fight this problem any more. I'm frustrated family of 4 don't even pay as much water as I pay i do laundry 1 a week we bath once a day I drink bottled water how much water could I possibly consume to make a bill of R1800?

I was a tenant at calderwood lifestyle estate under afhco. Unfortunately due to covid, I had to lose my job...

I'm a tenant in Impilo Place 141 Rahima Moosa Johannesburg, I have a neighbor who is conducting their nail business in their flat in the building during the lockdown and have tried raising it with the security personnel but nothing has been done, there is a lot of movement of clients coming in and out of the building, noise in the corridors and the strong smell of chemicals being used to operate this business. When I moved in I was told we are not allowed to operate any business from our rooms but it seems that rule is being broken at our expense, the chemicals are so strong I have to keep my windows open just to be able to breathe properly.

The complaint has been investigated and
resolved to the customer's satisfaction
Resolved Africa Housing Company / Afhco Property Management — AFHCO Agents, consultants and management.

Good day, My name is Elton Mpofu. I have to say firstly that AFHCO and its employees cannot be trusted, or...

Good day. My name is Muwanu Nakisani Mlotshwa and I reside at number 127 Etude in Midrand. I used to rent...

I stay at south hills lifestyle estates, there's alot of things that make me angry about this place...

Good day Im staying at unit 333 at newgate. On the 24th of August I received my monthy statement and i wa...

I am a tenant that was residing at 303 Impilo from the AFCHO letting agents. I submitted a cancellation...

I moved in to AFHCO property Soweto in August and within 3 months i have several complaints. the toilet pipe...

Much to our surprise, as it rain yesterday [protected]), rain water ran down the walls as if there were no...

Africa Housing Company / Afhco Property Management
18
%
Not bad, but could've been way better. This company does respond, but not as often as you'd expect them to.