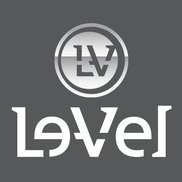 Having problems with Le-Vel Brands?

ComplaintsBoard.com is not affiliated, associated, authorized, endorsed by, or in any way officially connected with Le-Vel Brands Customer Service. Initial Le-Vel Brands complaints should be directed to their team directly. You can find contact details for Le-Vel Brands above.

Use this comments board to leave complaints and reviews about Le-Vel Brands. Discuss the issues you have had with Le-Vel Brands and work with their customer service team to find a resolution.

I have tried to cancel my account 6 times. I do not know my account number. You cannot look it up. I am really angry and I want this to stop ASAP or I am going to the FTC with a formal complaint. This is a completley fraudulent scheme to enlist customers without the ability to cancel.

I have been trying to cancel my account ([protected]) due to a bad promoter not doing her job. I wish to cancel my account, but have no user id/password information, and former promoter will not release that info. I have reached out to support through the site, with the only response being to log in. THAT'S IMPOSSIBLE! I intended to sign up, after unfortunately being told I have to be cancelled for 90 days first, to start back with the program through a promoter that actually cares about the product being working for the customers of Le-vel. It is shameful that the CUSTOMERS THAT ARE BUYING THE PRODUCT HAVE TO SUFFER BECAUSE OF BAD PROMOTERS!!! After trying to cancel for 6 weeks, still going through a run-around to try and cancel this account. THIS IS BAD BUSINESS LE-VEL!!! I want to be able to purchase the product under a new promoter, due to the fact that the product brings great results. I would hate to see the many many potential customers decide against Le-vel due to these type of issues. QUIT punishing your customers because of the bad promoters who YOU have placed in the field. That would ruin the success level that Le-vel has the potential to have, and also take away great opportunities to help the many thousands more of people who's life you could help, or even save!

I forgot to cancel my auto shipment and I have other important bills to pay. I asked them to cancel and refund my money and their response is basically sorry, can't do anything about it. It's ridiculous that there is no call number to talk to an actual person. If y'all are about building relationships with customers you are hypocrites. How do you build a relationship/resolve issues through a keyboard? Very unhappy at the moment.

I had my first order of thrive and decided I didnt want more. I didnt know it was on repeat order and I wasn't given any log in details online to cancel it. I recieved another order and was charged £110. I sent that parcel back over a month ago but still waiting for my money back!!! I keep messaging the lady I placed my order with and that's like talking to a brick wall. I would like my refund please.

Someone has used my email address for their Le-Vel account. I reached out to her via Facebook, with no response. I have sent several emails, posted on all their social media and all I get in response it contact [protected]@le-vel.com, which is absolutely useless as it requires you to set up an account. I do not want to set up an account with them...just want to be removed from someone else's account. A few of their "sales people" have contacted me, but are just as useless. No one associated with Le-Vel wants to provide any help in getting this issue resolved.

I ordered the new skin care along with nutrition package. The box came in and there was broken glass where bottles shattered. The skin care had leaked out all over everything and broken glass was everywhere. The skin care box was soggy and open and the boxes of shakes were open & scattered in the box. The dft package was soggy and gross. I asked they send me new package. (next day) I sent my rep a picture of the mess and she said she sent to support and told me to file a support ticket. I filed the report and it took way to long to get a response. The response basically said sorry - we attached a link for you to upload photo but there was no attachment and they cancelled out my ticket. I had to go in & re-open ticket and file another one. It is awful enough that they do not have a customer service number like most companies do. It is a sign that they don't care enough about customers enough to talk to them but instead make you go on a [censored]ty ticket system. AWFUL and DISAPPOINTED in the POOR Customer Service. I purchase over $500 in products and this is how they treat them. Plan to cancel my membership and find a company that cares.

Le-Vel Brands — this place is a scam

I have been emailing your company for the last three months regarding a criminal matter I have been assigned...

I have tried this product for 10 days since 11/08 /2018.
I am totally unhappy with it - I have been constantly tired and hungry, I have followed the 3 steps diligently and drank loads of water, as I always do as I am following an exercise regime designed by a gym trainer.
I request a refund of my £126.16 please.
I also am not impressed by the promoter, she lacks knowledge regarding your products, she wanted me to give my bank account details I.e number, expiry date and security code on card via messenger on Facebook!! Not very professional, she had not got a PayPal account so she asked her " boss" to do this for me.. I duly paid my fee to this boss and received my products. The promoter could not answer questions, she just screenshot information I could have looked up for myself, she has no in-depth knowledge re the product, has an unprofessional manner, calling me "hun" and " shrug" in the messages. How do you decide that someone qualifies to become a promoter for your products, I would at least expect them to have a working knowledge of the product and a basic awareness of a professional attitude towards customers.

Once I started to ask how I could obtain a refund they referred me to each other - the so called boss denying any knowledge of the promoter. Appalling to say the least. I would welcome you comments..
Thank you

Order placed 7.29. It shows stuck at the same post office since 8.2. This order is lost and has never been...

I have tried these products the past two days. I couldn't even finish my shake today after forcing myself to finish it yesterday. It tasted horrible and the past two days I have not had more energy and I still needed a nap. Waste of my money! I plan to throw the rest away. The pills are big and hard to swallow and the shake tasted grainy no matter what I did to it. The worst part is they made me very nauseous both days.

I was issued a refund for a package that got lost on April 13th 2018. I still have not received that refund. It is May 8th .I submitted multiple help tickets about this and the response is always the same thing, they tell me when the refund was issued, and when I respond and tell them I am aware of the information of when the refund was issued but that I have not received it yet my help ticket is ignored, they have stopped answering and putting the status of the ticket as "resolved".

THEN there was another package shipped out, a few days later, that I did not realize was on auto ship, because when I canceled the auto ship for the first order I did not realize it did not cancel auto ship in general, the system in that case is very confusing, but anyways, a second package was sent out to me and my bank account was charged again. I urgently returned the package once I received it and provided the tracking number in a support ticket. The package was delivered back to the ware house on April 27th, not only have I not received confirmation of this delivery but when I asked about it and about the first refund, I was basically brushed off and then my support tickets were closed and despite me opening them three more times inquiring about these refunds I have been ignored.

This has put a financial burden on me, it is about $300 in total that is missing from my bank account. The first refund was not supposed to take more then 14 days and it has been almost a month. The second refund, I have not even gotten a status on from your company and my only status update was from the USPS.

I have attempted to contact the CEO and everything and have been ignored. I am very disappointed.

When I realized all of the potentially dangerous ingredients in the Level Thrive product, I called to cancel...

It's an absolute trash. I would never recommend dealing with this company because it's an obvious scam and...

Le-vel.com — fraudulent charges!! this company is a scam!

Le-vel is a terrible scam company! Do not give them your private and card information, they will continued to...

Le-Vel — I am extremely disappointed with le-vel

I am extremely disappointed with Le-Vel and especially with their terrible service! I contacted their customer care and asked a simple questions but their rep showed a total disrespect towards me. It was obvious they weren't willing to help and that they didn't like the fact I asked for help. Their rep was rude and ignorant and they treated me like enemy. I have no idea what did I do wrong! I only asked about my order and what I received? I will not recommend this company to anyone. These people have no idea what a good customer service is!!

Someone stole my credit card details and ordered something from this website! One day I noticed a charge on...

Le-Vel Brands
Doing nothing would be this company's favorite pastime, if they had the energy for it.